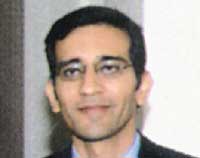 Why bring Planet Hollywood to Bollywood?
It promises to be a heady business cocktail.

How many Planets will India have?
With five Planets planned for India, Arch Millennium is the world's largest Planet franchisee.

Your orbits?
We start with Mumbai next year. Then Delhi, followed by Bangalore and the final two.

What's in it for Hollywood fans?
You'll see Arnold's Harley-Davidson from Terminator II, Stallone's gloves from Rocky, the Independence Day plane and a mural of tinseltown stars.

Who's coming for the opening?
Bruce Willis and Sylvester Stallone will visit all five Planets.

Any plans to rope in Bollywood stars?
At a later stage, certainly.

More starry hints...
Each Planet has a performance area—watch out for Bruce Willis in action with his band, The Accelerators, Justin Timberlake and Britney Spears.