P. Gopichand’s obsession with badminton is at the root of his academy emerging as a centre of excellence 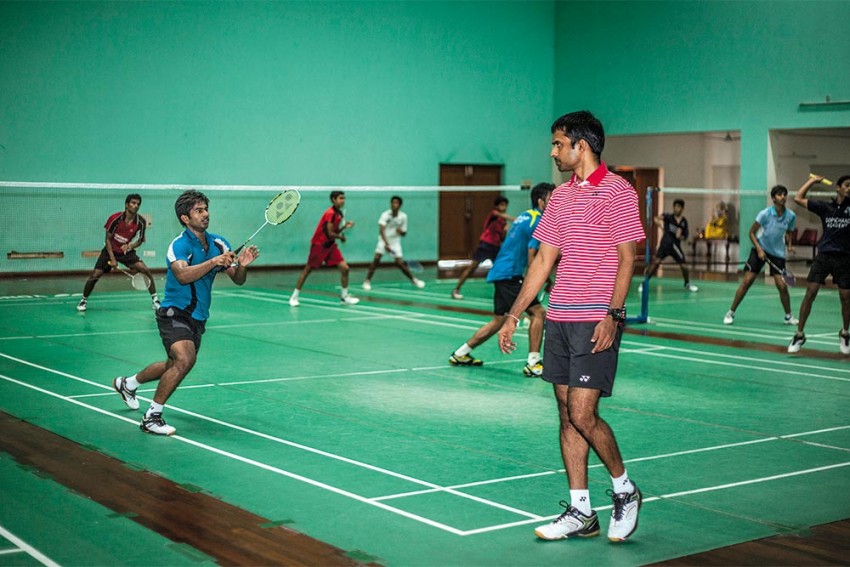 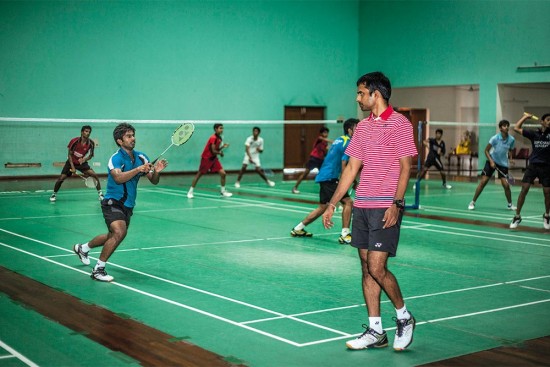 P.V. Sindhu’s match is still not over. As she is shuttled between Andhra and Telangana, each chief minister trying to outscore the other in lavishing praise and pelf on her, the person looking somewhat bewildered beside her is coach Pullela Gopichand—the one man behind Indian badminton’s astonishing  surge in the world arena. Gopichand’s wards are a veritable star cabinet—Saina Nehwal, who briefly touched the dizzying summit of World No. 1 in March 2015, Srikanth Kidambi, who came heart-breakingly close to a medal at Rio (that too against the great Lin Dan), Parupalli Kashyap, who got gold in the Glasgow Commonwealth Games of 2014, India’s top-ranked doubles player Jwala Gutta and rising stars Arundhati Pantawane, Gurusai Datt, Arun Vishnu.... The list goes on; hopefully, there are more world champions in the making in the assembly line at the Gopichand Badminton Academy.

What makes Gopichand and his academy tick when most sporting INS­titutes in India, both government-run and private, flounder? When the only time coaches make headlines is when they quit in disgust over fractious officialdom’s interferences in player sel­ection and day-to-day affairs or poor facilities. “Sindhu has made it, yes. But Gopi would’ve made a champion out of Sindhu or Saina or P. Kashyap or Srikanth Kidambi or anyone else. We must appreciate what he’s doing for the country and badminton.... If he continues to coach, next time he’ll make another champion,” says Arvind Bhat, India’s two-time national badminton champion who was Gopi’s rival as a player from 2001-04 and later trained at his state-of-the-art academy in Hyderabad.

A champion player who won the All England title in 2001 and five national titles just before that, Gopichand switched to coaching and launched his academy in 2008, even mortgaging his property to set up the infrastructure. As a top shuttler in tune with the tactical nous required for cracking international events, Gopichand’s coaching delivers an extra sharpness to players under his tutelage.

Many former players in other sports also take up coaching. But what makes Gopi a super coach even without any formal certificate? His peers say it is his sincerity, dedication, single-minded devotion to the task, deep knowledge of the sport, awareness of the latest technology and developments in badminton, and readiness to make sacrifices. He also had tremendous support from the state. In 2003, then Andhra Pradesh chief minister, N.Chandrababu Naidu, gave Gopi five acres of land in Gachibowli on a 45-year lease. Once the academy became fully functional in 2008, Gopi got foreign coaches and support staff, like the celebrated Malaysian doubles coach Kim Tan Her.

When the academy was being launched, Gopi wanted the Dronacharya award-winning coach Syed Mohammed Arif, who had trained him since his childhood, at the helm of affairs. But Arif declined the offer due to his age and the distance between his home and the academy. Arif, 72, knows Gopi inside out, both as a player and a coach. “He was a good player—an ordinary player can’t win the All England title—and is a good coach, too, as the results show. He’s a great motivator. He had been very disciplined and very gritty since childhood. He can push his trainees to be gritty and aggressive players,” says Arif.

Sindhu is the latest success story from Gopi’s stable, and it comes four years after his other famous protege, Saina, won bronze at the 2012 London Olympics. However, Saina later left Gopi to train under former national champion U. Vimal Kumar, a co-founder at the Prakash Padukone Academy in Bangalore.

“Definitely, I’ll give a lot of credit to Gopi. It’s his contribution which is very creditable. I’ll give him full marks,” says Vimal, who resigned as national coach in 2006, with Gopi taking over from him. “The biggest advantage with Gopi is that he has created his own infrastructure—the Badminton Association of India doesn’t have a facility of its own. And he gets support from the sports ministry to run camps etc at his academy,” he adds.

Current World No. 11 Srikanth Kidambi has closely seen Gopi the coach while tra­ining at his academy. “He’s very hard-wor­king. He wakes up at 3.30 am and coaches often till 7 pm. He exerts the same amount of energy every day. Before tournaments, he comes to the academy even on Sundays to train us. If you’ve a coach who’s pushing you so much, players do the same,” Sri­­k­anth tells Outlook. “It’s rea­lly a magical bonding with him.” Abhinn Shyam Gupta, former national champion, too rates Gopi high as a coach. “His trainees are taking advantage of his experience as a player. He’s disciplined and dedicated, and keeps his wards away from distractions, like he took away Sindhu’s mobile for three mon­ths before the Olympics so she could concentrate on her preparation,” Gupta says.

The question now, after Sindhu’s ‘golden’ silver in Rio, is whether India can emerge as a powerhouse in the highly competitive sport of badminton, where China, Malaysia, Indonesia, Korea, Japan from Asia, as well as England, the Scandinavian countries, and other European countries are in the running for the top spot. The man who took Indian badminton to the world stage by winning the All England Championships in 1981, Prakash Padukone, is gung-ho about the overall scenario. “The future is extremely bright for Indian badminton, especially in the singles, and we can look forward to some scintillating performances from Indian shuttlers in the years to come,” Padukone tells Outlook.

Gopichand’s all-consuming obsession to make world champions out of talented Indian shuttlers has taken a toll on his personal life. “The sacrifices that Gopi as a coach has made are far more than a player would make. For example, any sacrifices that Sindhu can list, Gopi would beat her in that,” says Bhat. “He must be having so many fights at home because of this. For him, the priority is badminton, family comes next. The whole family is, actually, sacrificing for Gopi and his wards,” says Bhat, who also trained at the Prakash Padukone Academy for eight years. “I’ve watched both persons very closely. Prakash could win championships and accolades, and he’s a nice person. But Prakash doesn’t have the passion with which Gopi works. The difference is huge,” he says.

One person with a few searching questions regarding Gopi is Uday Pawar, former doubles champion, who now runs a coaching academy in Mumbai. “Gopi is an excellent and motivated coach, but only to those select few who are his favourites, either from Andhra Pradesh or his academy. But as the chief national coach, his responsibility should be towards all top national players. This is the reason I feel that there should be more national centres in other parts of the country with good facilities,” Pawar says. “Let Gopi continue his good work in Hyderabad, and give a fair chance to the others who are being given a step-motherly treatment for years.” Pawar’s son Anand is currently ranked 76 in the world and he wonders if Gopichand would give him the same attention as he does to Sindhu. Yes, the next challenge for Gopichand would be to look beyond Hyderabad to produce world-beaters. Now, with such a fantastic showing in the Olympics by the shuttlers, the coach extr­aordinaire could expand his horizon to scale new heights.

By Qaiser Mohammad Ali with Madhavi Tata in Hyderabad