Six months on, Mamata’s TMC has ill-used the carte blanche given it by Bengal’s voters 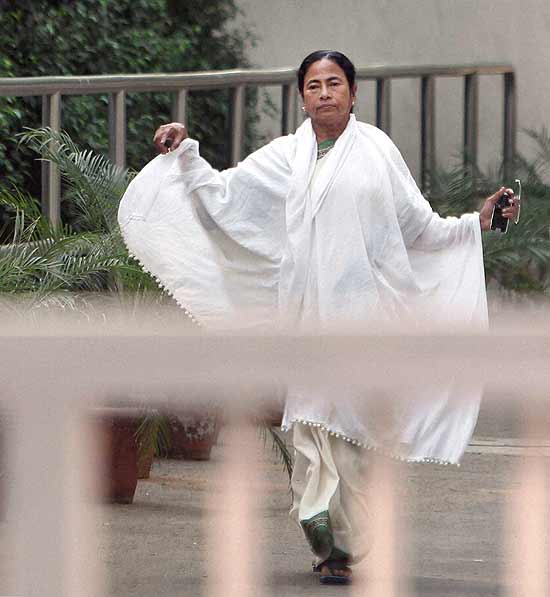 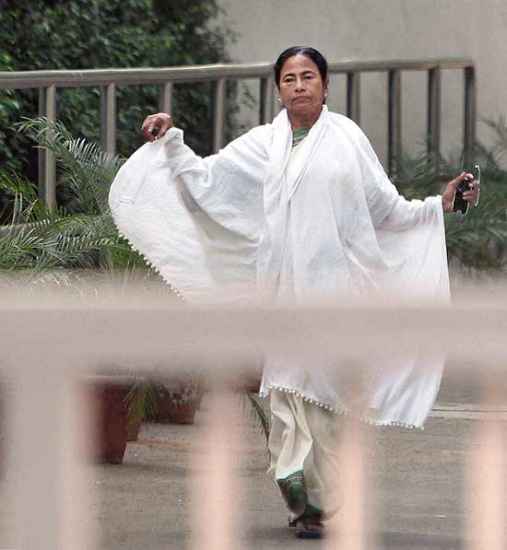 The people of Bengal felt free to hope for the first time after three decades when Mamata Banerjee took over as chief minister, ending the stagnant Left era. Expectations soared for an all-encompassing “change”. That was in May. Six months on, an overwhelming sense of disappointment has crept in. To be sure, six months may not be enough to gauge the performance of a new government, especially one which claims to be battling 34 years of ‘misgovernance’ that left behind an enormous fiscal deficit and was marked by corruption, complacency and red tape, among other ills. Nevertheless, analysts say this disenchantment gives a glimpse of what the future holds for the TMC.

“Mamata has said she can sack me in one second. Let her.... I informed her once I’m not the MP of a party. I’m Suman first.”
Kabir Suman, Singer, TMC MP

Political analyst Tarun Ganguly, whose pre-election articles were known for their pro-Mamata stance, is disillusioned. In his opinion, the performance of the new government so far has been “abysmal” as far as governance is concerned. “If the morning is any indication of the day, then things don’t look good at all,” he adds. Ganguly says the editor of a Bengali daily, whose newspaper backed Mamata before the assembly polls, has now earned the wrath of the new government for criticising it. “I’m as much in their bad books today as I was in their good books before the elections,” he says, adding, “The future of Bengal does not look bright at all. We are doomed because we have no choice.” And Ganguly is not the sole prophet of doom.

Partly, a dip in the graph was only to be expected. In an interview to Outlook soon after the TMC’s landslide victory, state commerce and industry minister Partha Chatterjee had well nigh seen it coming, expressing concern over “the people’s perception of Mamata as a miracle worker”. The voters shouldn’t expect magic—that was his drift. But it has come to pass. Prof Om Prakash Mishra, general secretary, West Bengal Congress, agrees, “The present government in Bengal is a prisoner of hype. Most of the disappointment in the government stems from the high expectation. Six months is a very short period but with all the media monitoring, proving your performance every day has become important. ”

The play of perceptions doesn’t, however, explain all the doomsday talk. At its root is a series of decisions and indecisions, actions and inactions that betray the new government’s tendency to adopt policies detrimental to progress. The most vital issue is its failure to arrive at a viable fiscal plan to bail the state out of a deficit of over Rs 2 lakh crore. The CM’s petulant bargaining style at the Centre—where the TMC is a key coalition partner—has only yielded piecemeal benefits. “She is forever sulking that the PM is not listening to her,” says Ganguly, summing up the attitude of the electorate in Bengal. “We don’t want to know all that. How you do it is your business. We want results.”

Further compounding Bengal’s perilous fiscal deficit problem is the government’s refusal to increase revenue earned through the state’s electricity units. In response to Mamata’s demand for a bailout—including her suggestion for a moratorium on interest payment to the Centre—the PM suggested that she mop up revenue by raising the price of electricity. Mamata refused.

“Such populism is ultimately going to backfire. Even the Left Front had discarded these measures in the 1980s. The new government is adopting them and repeating their mistakes,” says Ganguly. Indeed, consumers are not happy with the downside of cheap electricity. Bengal has gone back to the era of power cuts. Strengthening the impression of easy populism was, of course, the TMC’s belligerent opposition to FDI in retail, which many perceive as regressive. State finance minister Amit Mitra, who advocated it when he was the president of FICCI, now finds himself in the uncomfortable position of having to rationalise a U-turn.

“The people’s government has gone and done the unimaginable.... People have lost the right to express their opinion.”
Mahasweta Devi, Author, activist

The state’s economic woes are only one part of the spectrum, where the sheer enormity of the ailment can perhaps be seen as an attenuating factor. It is in the arena of politics proper that Mamata is finding it hard to stave off the impression of being rather less skilful than she promised. An ability, and willingness, to look for amicable, pro-people solutions to the Maoist problem in Jangalmahal and the Gorkhaland dispute in the north had been a big item on the TMC’s calling card before elections. Of these, there is a semblance of success as far as Gorkhaland is concerned, though in a strictly qualified sense. The state, Centre and the Gorkha Janmukti Morcha did enter into a tripartite pact, but the Gorkhas have by no means given up their demand for a separate state—and in fact see it as a validation and a sign of incremental progress.

Jangalmahal, on the other hand, exposed a deep misjudgement, a tendency to tokenism and, at worst, invited the charge that the TMC had cynically played the ‘Maoist’ card for electoral gains, without any serious intent. She had demanded the withdrawal of joint forces from Lalgarh during the Left rule. As CM, instead of acting on that, she called a four-month ceasefire. But her efforts to get the rebels to the negotiating table ended in acrimony and much finger-pointing.

There’s some success on the Gorkhaland issue, but actions in Jangalmahal have exposed Mamata’s deep misjudgement of the Maoist problem.

As hostilities duly resumed, the support of intellectuals she had won during the agitations in Nandigram and Singur is now ebbing. After a planned rally by groups calling for an end to operations failed to find space in Calcutta, author Mahasweta Devi called Mamata’s policies “fascist”. TMC MP Kabir Suman, for his part, penned songs in honour of rebel leaders. The joint forces’ success in eliminating Maoist henchman Kishenji is touted as a success, but a bit muddied by charges of it being a fake encounter, and dire predictions of a blowback.

Mamata, on her part, is meeting the image crisis with a mix of tough talk on the Maoist front and resolute attempts to show results economy-wise. The tide of disaffection will surely be tamed a bit with her latest PR initiative: a 10 per cent of dearness allowance arrears to state employees, declared on the back of a special central package of Rs 8,750 crore!