Show Off Those Spots 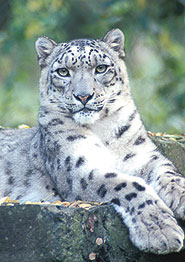 It’s the world’s most endangered and elusive predator. The rare cat has now got a reprieve with the ministry of environment and forests announcing Project Snow Leopard to save the animal. Snow leopards are estimated to number just 3,500-7000, distributed along the Himalayas and Central Asia. Around 500 inhabit Indian states like J&K, Himachal Pradesh, Uttaranchal, Sikkim and Arunachal Pradesh. The project was initiated by the International Snow Leopard Trust’s India office, which held extensive talks with local communities to get them involved in the conservation effort.