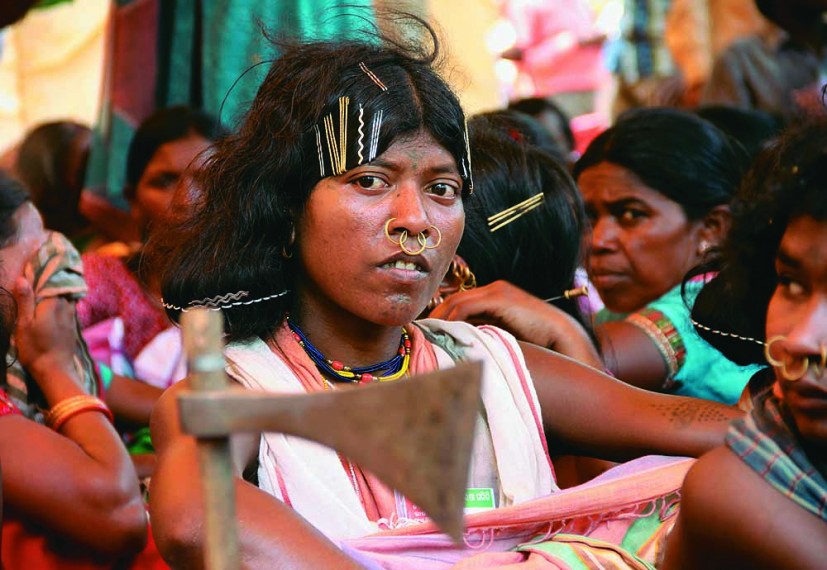 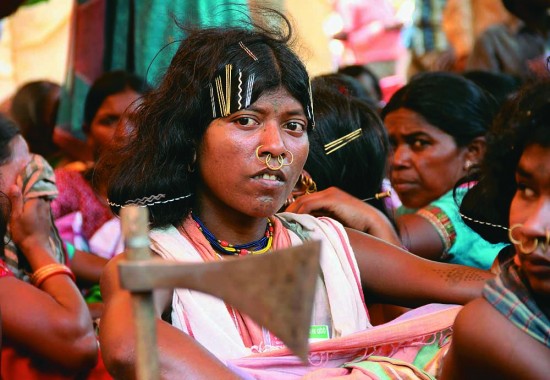 On the face of it, a government in its dying days has served up a much-needed self-image booster—a decision showcasing decisiveness, speed and with high symbolism. In giving the green clearance to India’s biggest foreign direct investment (FDI) proposal by South Korean steel major Posco, the UPA government is on target in sending the right signal to global investors (rightfully) seeking more promise in India. Of course, it’s also wonderfully timed as the nod for Posco came days before South Korean President Park Geun-hye came visiting on January 15.

It was preceded, of course, by a few  deft chess moves—in late December environment minister Jayanthi Natarajan was shown the door and rep­laced by Veerappa Moily (who now holds the unique distinction of being energy and environment minister at the same time). Congress vice-president Rahul Gandhi simultaneously made all the right noises about driving trucks through loopholes. And a flurry of environmental clearances—70 at last count, though the ministry website is not being updated that regularly now—paved the way for the clearance of Posco’s steel plant. The government collected its fair share of hosannas in the national media (though the local media in Orissa has been strangely muted).

Obviously, there’s a big problem here—and (this must be stated upfront) it’s got nothing to do with FDI. Many environmental and rehabilitation concerns have been raised about this massive project. By all indications, they have been swept under the carpet—or left for the courts and the future government to decide. For instance, the environment nod for Posco’s steel plant is useless without a forest clearance, which the Orissa government still needs to provide. Also, the project has been conveniently cleared by delinking it—the clearance given only to the steel plant, not to the integrated project that also envisages a port and an iron ore mining proposal.

But even in opening the door for Posco’s steel plant, has the government overlooked the people’s concerns raised by green tribunals and at least four committees? There are ser­ious agitations on the ground as we speak (see following article). It does not appear that these problems will disappear overnight. Does this nod not smack of a charade by the UPA government to show its investor-friendly credentials? Official sources agree that till the replacement of Jayanthi Natarajan, there was no talk of clearing the Posco steel project. “Just for creating some goodwill it has been cleared. There is also the question of perception and credibility of India as an investment destination,” they say.

But why would the UPA allow the open maligning of Jayanthi, a loyal party worker by all accounts? Or is there some truth to the ‘Jayanthi tax’ statement Narendra Modi made after her removal? In her own defence, Jayanthi told Outlook, “My mandate was to prevent the destruction of the environment. I do not see the environment ministry as a clearance house, therefore I needed to study every project for impact assessment.” On Moily, Jayanthi comes up with a politically correct response, stating that he is a “very seasoned politician. I am sure he will take the right decision in the interest of the country.” 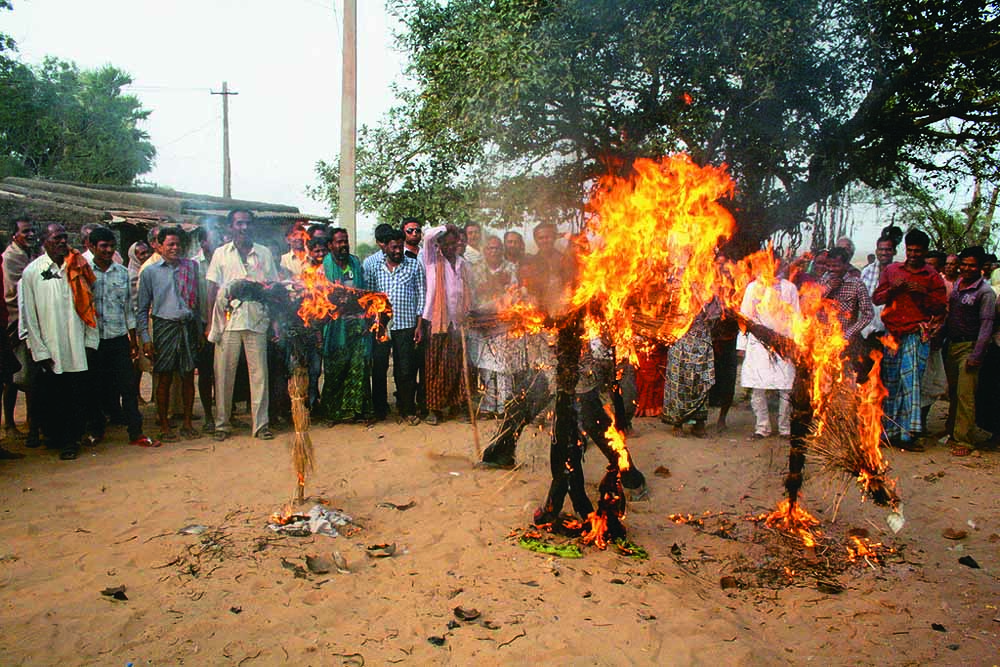 Modi, of course, has an axe to grind. The farmers of Orissa can take heart from the success of their brethren in Navinal village of Gujarat who earlier this month won a favourable verdict from the Gujarat High Court for their plea against the Modi government giving away their cattle grazing land to the Adani Ports and Special Economic Zone Ltd (APSEZ) project at Mundra in Kutch district. The court observed that the Adani SEZ had started operations without getting necessary environment clearances, a development that led Modi to charge that Jayanthi had been deliberately delaying clearance to collect the ‘Jayanthi tax’.

According to an official who has worked with both Jairam Jairam and Jayanthi, while the former was superfast in some cases, he was also known to be super-slow in tricky cases. When forced into a corner, Jairam would put riders to the decisions. Jayanthi, however, was generally slow in clearing files but would try to keep to the time schedule of projects. In fact, in the Posco case, it appears Jayanthi took a cue from Jairam—not giving the environmental clearance unless all the pending cases on some 1,000 acres of tribal land were resolved.

The reports of files (around 300) having been kept pending by Jayanthi has added to the usual whispers about a pre-election funds collection for the party. As of now, it remains unclear why she was sitting on  the files. The official reason was that she was creating ‘environment bottlenecks’ in project implementation. This was reinforced by PMO sources stating that the former minister was perceived to be “generally slow. Given the situation (slowdown in economic growth and investment inflow), it was not very encouraging”. There is, however, ack­nowledgement that Jayanthi had “several complicated issues” to look into and resolve, including the case of Posco.

It’s also no secret that there has been a consistent push by the PMO over the last eight years to get the Posco project cleared. “There have been clear letters written from the prime minister’s office back in 2010 and also in 2007 when the first clearances were granted. This was also one of the submissions during the green tribunal arguments back in 2011-2012,” says Kanchi Kohli of the environmental NGO Kalpavriksha.

On the other hand, questions are being raised on the undue haste Moily has shown in clearing over 70 files within just three weeks of taking charge. Has the environment ministry become the single-point reform and clearing house for projects in the few months’ window before the elections? While Moily’s jet-speed decision-making—whether yes or no—is raising investor perception, it has made many, apart from the green lobby, very jittery.

“It is ridiculous to push through statutory clearances to please foreign dignitaries!” says former power secretary E.A.S. Sarma. “As in the case of Posco, this happened in the case of Jaitapur. Imagine, foreign governments saying, ‘Don’t worry about the environment clearance under the Environment (Protection) Act for our project. We will arrange our PM’s visit and India will cave in.’ This makes India a veritable banana republic.”

There are other issues being raised about Moily’s clearance for Posco. “By clearing Posco’s steel project in isolation, he has brazenly violated the spirit underlying the National Green Tribunal’s order of March 2012,” argues Sarma. The ngt advi­sed the MoEF to issue “clear guidelines for project developers that they need to apply for a single EC (environment clearance) if it involves components that are essential part to the main industry”, steel in this case. 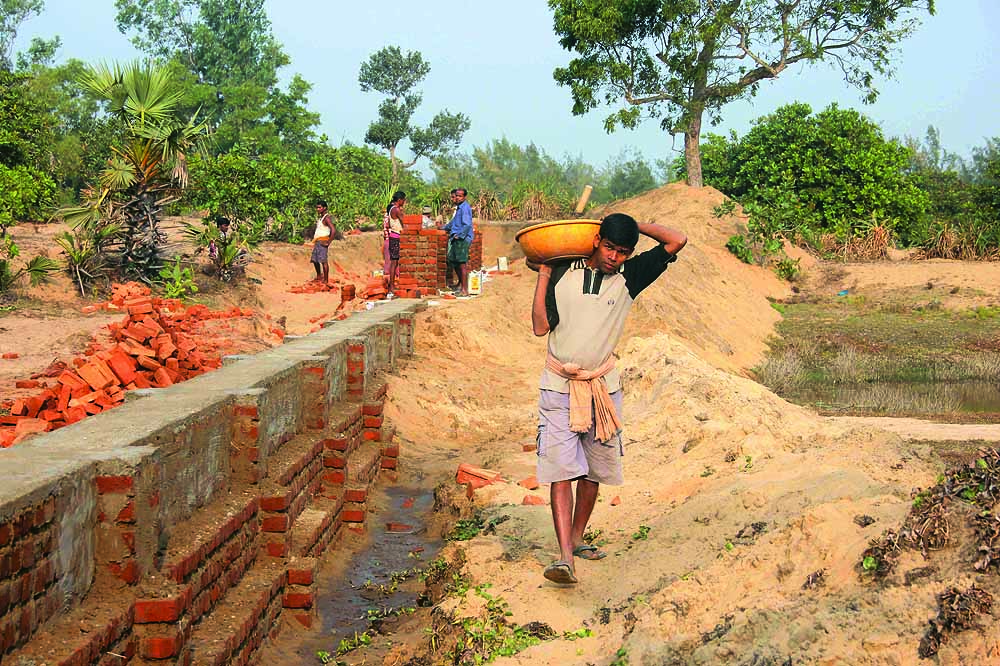 A sensible response to the tribunal’s order would have been to appraise the steel and the port projects together and study their cumulative impact on the people and environment. Unfortunately, in the eight years since the South Korean steel major started the process of acquiring land and getting the necessary clearances and licences, it has failed to meet many of the prerequisites as per law. Chief among them is the impact assessment of the total 12 million tonne steel plant. MoEF officials say the assessment submitted by Posco pertains only to four mt capacity.

“The pace of clearances is a hurried exercise to show favour to the industrialists before the 2014 general election.”
Medha Patkar, Environmental activist

National Advisory Council member N.C. Saxena says there is considerable confusion over forest clearances. There is also a major issue with land acquisition. While the government owns 90 per cent of the 4,004 acres of the land required for the Posco project, there is a major complication as tribals have been cultivating horticulture produce there for decades. “The land required by Posco is about rich farmers. There are over 500 families who have been cultivating betel leaf and other horticulture produce on government land. Most of them earn Rs 1 lakh and some even Rs 3-4 lakh a year while the government is willing to offer only Rs 5 lakh as compensation,” says Saxena.

Apart from finding a clear case of a violation of the Forest Rights Act, Saxena—who headed a panel in 2010 to study such fra violations by Posco—finds it incomprehensible that the government has made no attempt in the last several years to prepare the families for relocation and employment as the locals are ill-equipped and face the disadvantage of not knowing even Oriya. That’s why the on-ground agitation shows no signs of petering off.

Drawing similarities with the Vedanta project which has been denied mining clearance in the Niyamgiri hills by Moily, Tushar Dash of Orissa-based NGO Vasundhara states that while both the projects are set to affect large population of tribals, it is the Supreme Court intervention that has protected the rights of Niyamgiri tribals. “In the case of Posco, the procedure of recognising and identification of the rights of the people and getting their informed consent through gram sabhas before the clearance process has not been carried out,” says Dash. He fears that after the approval for the steel plant, the port and mining proposal may also be cleared.

Kohli of Kalpavriksha hopes that it won’t be such a fait accompli as even after the delinking, “Posco can’t go ahead with the construction on the ground as another case is pending before the green tribunal from where it is clear that the Section 2 order for forest diversion has not been issued by the state government.” The environmental activist reveals that the Orissa government has just two days back recommended to the Centre that the Khandadhar mine be given in favour of Posco to source iron ore. However, we are far from environment clearance process there as well.

With many more clearances still awaited and the issues of agitating people still unresolved, there is a wait on the side of both Posco and the government to hasten the $12 bn project. It is not as yet clear whether Posco will move ahead with the construction of the steel plant sans the mine and port project clearance. “This is not the final clearance for the project. Even now the forest clearance is under challenge before the National Green Tribunal, which has stopped it from felling any trees. This has been on since April last year. The next hearing is on January 21,” says Ritwick Dutta, an environmental lawyer.

Dutta points that the government decision of giving the steel plant a go-ahead is flawed as without the captive mine, it does not make sense for Posco to set up a mega plant in Orissa with the current supplies of iron ore produced in the state being committed. Moreover, procuring iron ore on commercial terms may mean paying four to five times more for raw input.

But try telling that to a government hell-bent on symbolism. Ahead of former French president Nicolas Sarkozy’s visit to India in December 2010, the environment ministry (under Jairam Ramesh) had similarly given its go-ahead—albeit with 35 conditions and safeguards—to the Jaitapur nuclear power project in Ratnagiri, Maharashtra, even before the MoU was signed. Jairam Ramesh, the then environment minister, had said, “Economic growth, fuel mix diversification, global dip­lomacy and environmental protection were the key objectives while giving the go-ahead.” As the French put it so well, plus ca change, plus c’est la meme chose.