Politicians, happily evading hard-nosed queries till now, will have to open up 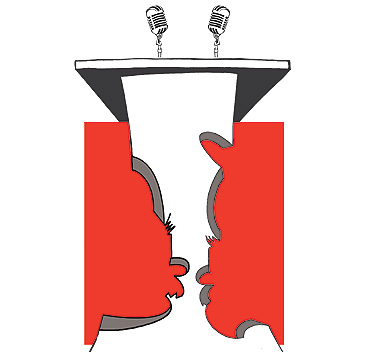 Judged purely on content, Nixon won the debate—or so the story goes. But television is a visual medium. Kennedy seemed cool and assured. Nixon had a sweaty upper lip. He was lit so that he looked like he was unshaven (what they call 5 o'clock shadow). Viewers went with the visuals, not the content. The telegenic Kennedy won. The more experienced and cerebral Nixon lost the debate and eventually, the election.

Those who tell this story make the point that TV is not about content or substance. It is about image and performance. The West may have fallen prey to the cult of televised politics. But fortunately, we in India can still avoid a situation where politicians are elected on the basis of TV ratings. And that's how it should remain.