The Emirate’s policies make it an ideal place for Bollywood, Hollywood and others to shoot films 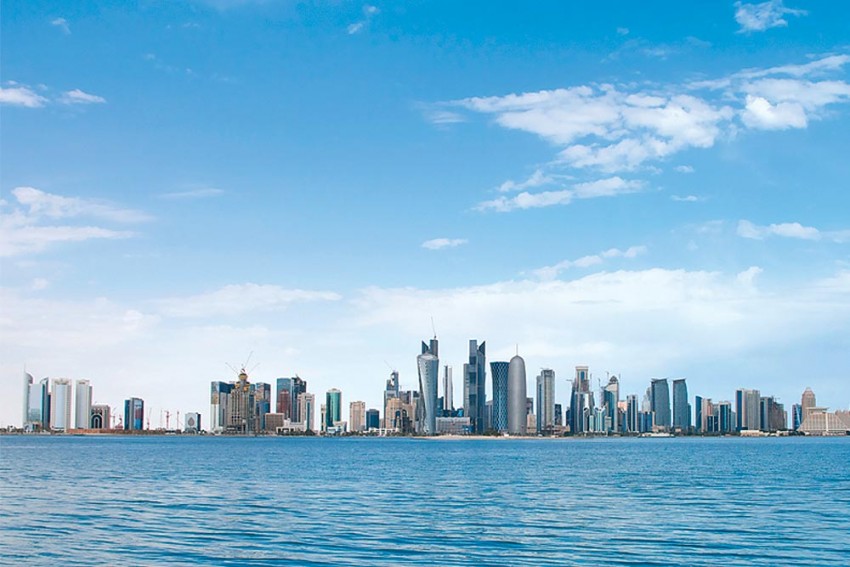 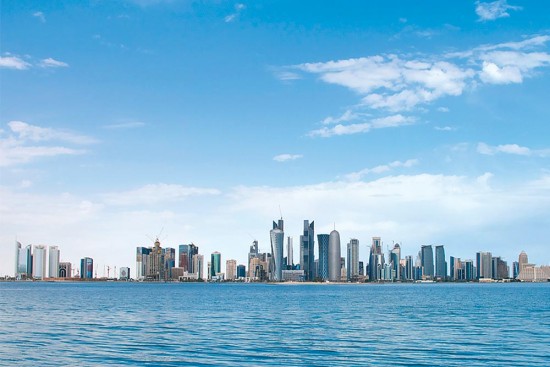 The Swiss Alps have lost their silvery sheen, the charm of Interlaken has worn thin and the tulips of Keukenhof, well, leave nobody in thrall now. Bollywood’s compass needle now points elsewhere, thousands of miles further east in fact, to a new location right in the middle of the desert. It’s nearer home, and perhaps matches lived reality for the globalised Indian a bit more, while still being exotic and chic. Welcome to Dubai, Bollywood’s favourite foreign jaunt in the decade they’re calling the Tenties.

Once upon a long ago, Yash Chopra had made a serenade or two amid alpine meadows an inseparable part of Indian cinematic fantasy—the man in striped turtlenecks, the lady in pink chiffons (it showed off best against the snow), the temperatures a mix of sub-zero and sizzling, that was the sine qua non. But now Bollywood has stumbled onto locales that are as different from good, old Switzerland as snow is from the sand.

Derided for long as the haven of und­erworld dons and gold smugglers on and off the screen, it’s with some concerted efforts, combined with hardsell, that ­Dubai has lately evolved into the most-favoured destination for the dream merchants of all hues, from big-time directors to lesser-known short film makers. What awaits the Dubai-bound production crew is a red carpet rolled out for them by the local government, which apparently looks up to Bollywood movies to burnish its image as a global hub. 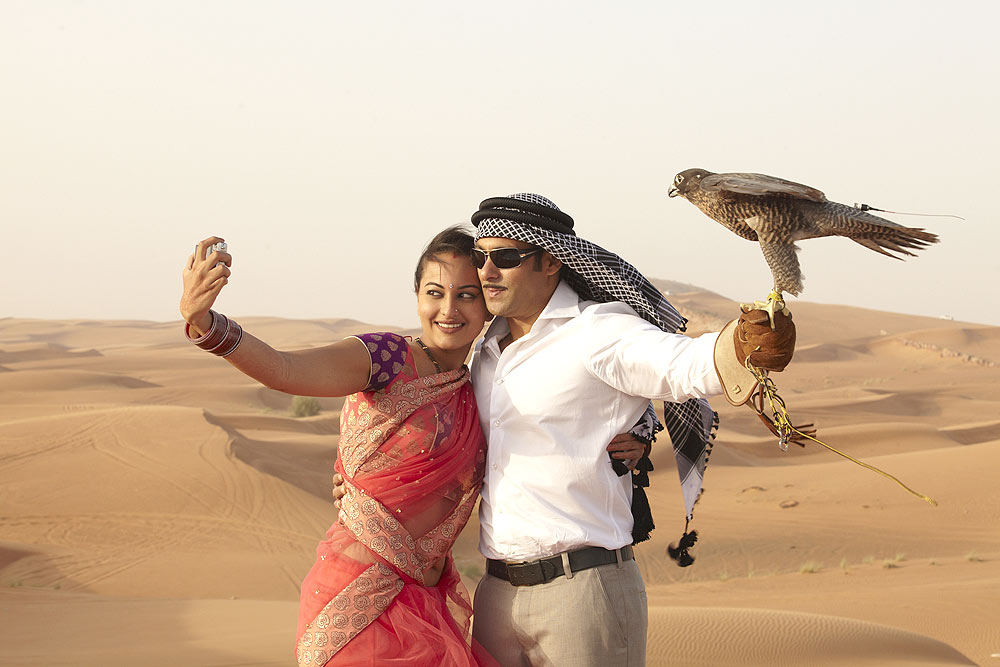 There’s also the Dubai look—every­thing you might want in a ‘phoren’ loc­ale, the look of a world-class city, top-notch infrastructure, swanky high-rises, shopping malls, plus the distinctive landmarks of Burj Khalifa and Palm Jumeirah, a visual field with which some millions of Indians have first-hand fam­iliarity. The critical difference: the Alps remain the stuff of cloud-cuckoo fant­asy, even if the well-travelled Indian has been there; Dubai is more real, more credible. A more proximate place on the world map, tied up more intimately in economic ways, this shift also points to a maturing of the cinematic imagination.

There are more mundane reasons too, of course. Filmmakers from Mumbai who were lured by Dubai discovered, much to their delight, that shooting in the desert was cheaper than many outstation locations back home, due to special concessions provided by the local government and other agencies providing logistic support. No wonder, by ­Dubai Film and TV Commission (DFTC) figures, over 20 Bollywood movies, including Salman Khan and Shahrukh Khan starrers, have been shot on different locations in the Emirate in the past three years. This year, 10 more will be added to the list.

Indian filmmakers discovered that shooting in Dubai was cheaper than ­many shoots back home.

“Dubai is fast gaining a competitive edge over popular destinations like London, New York and Interlaken as one of Bollywood’s most preferred destinations,” confirms Jamal Al Sharif, chairman of the commission, who has taken the initiative to make Dubai a major centre for international film shoots in general and Bollywood in particular. “The Emirate has underlined its prominence as a premium global production hub, able to successfully support the production needs of films of all sizes.”

After a flicker of rom­ance in the Eighties, Bollywood had kept a safe distance from the Gulf ­owing to the reported presence of fugitive ganglords such as Dawood Ibrahim and others of his ilk who ope­rated their alleged extortion racket from there, and, more often than not, targeted Mumbai-based movie moghuls with imp­unity. But, the scenario has changed now. The dons have since relocated or faded out, making it possible for mega stars and producer-directors to renew the affair. Giving them company are film crews from Hollywood and many European and Asian nations. 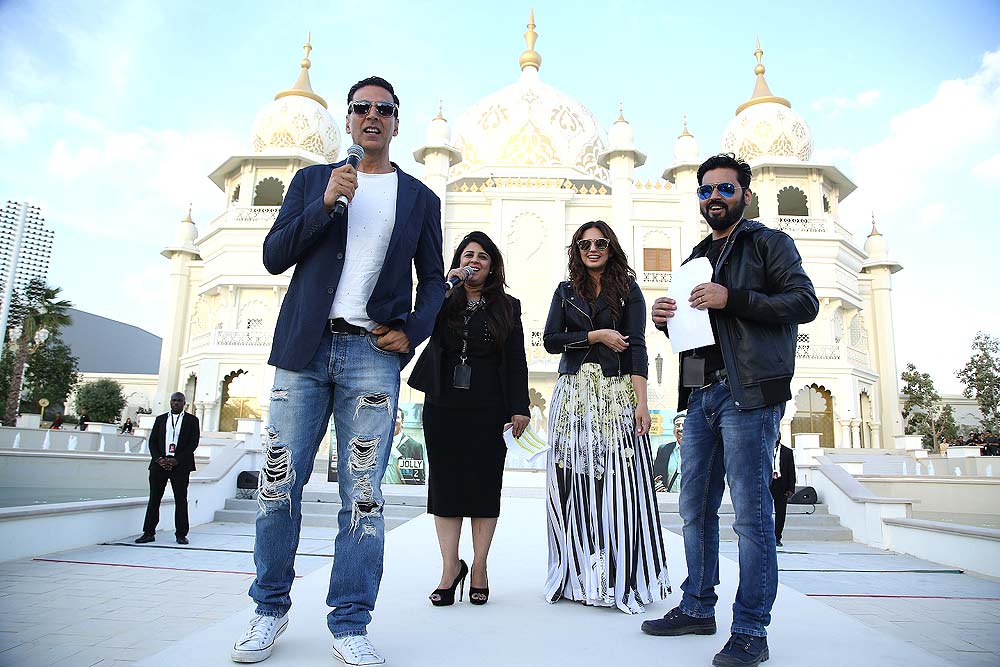 Promotions for Jolly LLB-2 in Dubai

In recent times, numerous big-budget ventures have been shot in the Emirates—count Welcome, Welcome Back, Dabangg, Dabangg 2, Jai Ho, Hamaari Adhuri Kahani, Ki and Ka, Happy New Year, Raees, Airlift, Baby, Boom Boom (Hindi), Lingaa (Tamil), Thala 55 (Telugu), Lai Bhari (Marathi) and Son of Alexander (Malayalam). The last named of course has a longer, deeper link: the Gulf is a salient presence in the horizon of Mal­ayali experience, and has naturally left its mark on cinema, as a place spoken of at first, and frequently as an actual locale of late.

But Dubai as a ‘place’ is a different thing from its usefulness as a cinema hub. Many big Hollywood ventures like The Bourne Legacy, Star Trek Bey­ond, Kung Fu Yoga and, above all, Tom Cruise’s Mission Impossible: Ghost Protocol also availed of fresh, picture-perfect locations in the city. “Dubai’s connectivity, world-class infrastructure and diverse locations have set it apart as a leading filming destination,” Sharif tells Outlook. “Production companies have unique and iconic locations that suit all storylines.”

To gauge Dubai’s new-found popularity for location hunters, look at the number of applications seeking permission received by the commission: the figure rose from 741 in 2015 to 911 in 2016. This, naturally, gives a booster dose to its economy—as an emirate without too much oil (Dubai has only four billion barrels reserve, against Abu Dhabi’s 92 billion), it has found other ways to viability. Films are high value in this respect. “The production budgets of projects being shot in Dubai have gone up from 1,68,868,718 dirhams (approx $45.90 million) to 2,17,557,134 dirhams ($59.23 million) last year,” Sharif says.

For Bollywood, shooting in Dubai isn’t a new phenomenon. Feroz Khan had explored the desert 25 years ago for his act­ion-thriller Yalgaar, with a prolonged gunbattle bet­ween Khan and Sanjay Dutt under the scorching desert sun at the climax. But the subsequent Bombay blasts of 1993, masterminded by Dawood, prompted a long abstinence. Only at the turn of the millennium did it start reappearing, with Mujhse Shaadi Karogi, Maine Pyaar Kyun Kiya, Deewane Huye Paagal et al.

And now, the swarm of A-listers is back. Welcome was shot extensively at Grand Hyatt Hotel over the edge of Dubai’s creek. Its sequel, Welcome Back, became the first Indian film to have been shot at Burj Khalifa, the same location used for jaw-dropping stunt scenes in Mission: Impossible Ghost Protocol. The climax of Saif Ali Khan-starrer Race was also shot in Dubai; so were several scenes of Salman Khan’s Dabangg and its hit sequel. Director Farah Khan’s Happy New Year was, in fact, written with Dubai as the setting.

Zakir Hussain, director at Icon Art Productionswhich provides infrastructure for all film shoots in the Emirates, says the trend now is to shoot the entire movie in Dubai bec­ause of all the facilities. “I’ve been associated with over 32 feature films, besides scores of music videos and other productions,” he says. There’s no red-tape, he says, and approvals come promptly bec­ause of a proactive DFTC, which coordinates with all other government agencies.

The presence of a huge Indian population adds a dual charm: it caters to home-like needs during production and, later, turns into a significant box-office market itself. Its potential was first realised in 2014 when Shahrukh Khan’s Happy New Year did fabulous business there. Bollywood is immensely popular across the Arab world. But beyond that, says film analyst R. Mohan, expats numbering in millions have made it “a big business territory for the Indian film industry…. Bollywood and south Indian movies fetch handsome returns for producers.”

Happy Bollywood frames are also an ideal advertisement for Dubai’s loc­ales—a big fillip to tourism. Industry sou­rces say Indian films shot on real loc­ations turn them into tourism magnets. Altogether, 1,700 flights operate between India and Dubai every month, making this sector one of the busiest in the world. Dubai expects 50 million tourists, mostly Indians, by 2020—many of them eager to see where their favourite movie was shot—and, on cue, a Bollywood theme park too has come up. Meanwhile, we might as well wait for the first Rajasthan-themed film shot in Dubai.