“Shortage Of Trainers Is A Challenge” 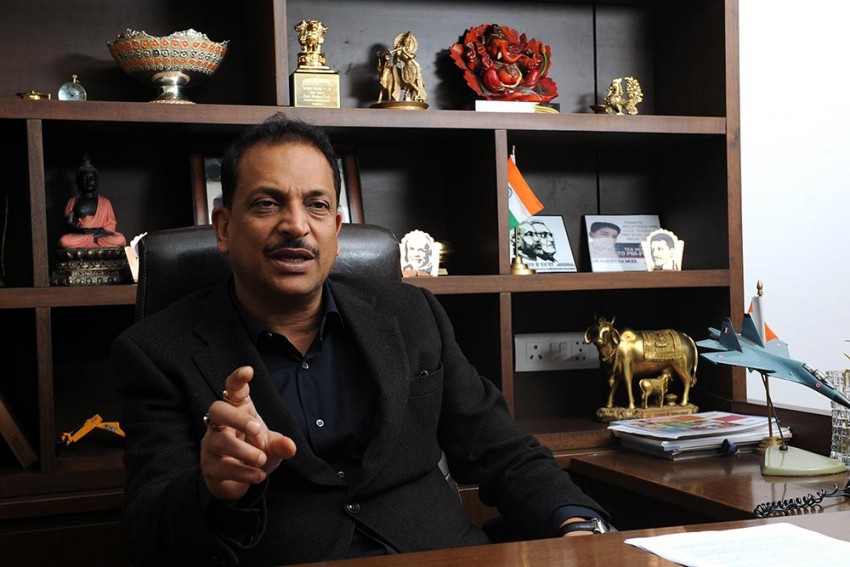 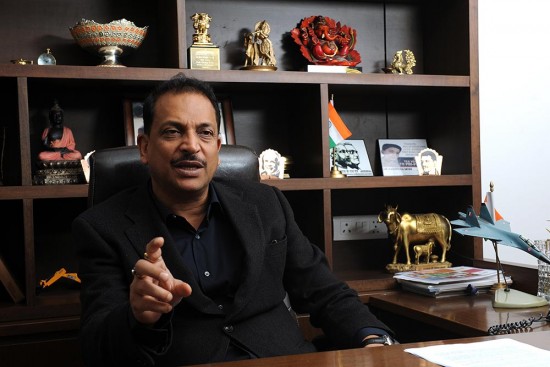 Steering an ambitious ­government plan of making millions of youth job-ready, minister of skill development and entrepreneurship Rajiv Pratap Rudy tells Lola Nayar that after being in the making for more than two years, an “answerable structure” is ­finally in place and would ­enable the outcomes to be checked “physically”. Excerpts from the interview.

A plethora of skill-development schemes have been announced in the 2017-18 budget. How are the proposed initiatives different from earlier programmes?

The biggest challenge was that there are 24 ministries and 50-odd departments, with each one of them doing skilling in their own way. In the past two-and-half years, we have been able to create an ecosystem for skilling. The language, the parameters and the outcomes have been defined. The structure and the process are now in place and so we have started rolling out the schemes. This is an answerable structure in which you can physically check the outcome.… The biggest challenge was to look for those who have to be trained. These are not high-end educational skills; we are talking about entry-level skills for the largest employment segment (around 80 per cent) in the Rs 8,000-15,000 per month slab. If they are good, then they keep on migrating up. The total budgetary allocation to us so far has been around Rs 32,000 crore. As we are answerable for the money’s utilisation, we are cautious about how the training takes place—at an international skill centre or a Pradhan Mantri Kaushal Vikas Kendra (PMKVK) or a Pradhan Mantri Kaushal Kendra (PMKK). The PMKKs are the benchmark of skill centres in every parliamentary constituency and others have to match their levels of training and process. While the processes and structures are in place, we still have a weak point—the quality-assessment process.… We need two-three months to settle on the quality-assessment process. We had a major constraint with the Quality Council of India, the government accreditation body, which we were not happy with. It is not under our ministry, but under the ministry of planning and programme implementation.

Do you propose setting up a separate ­accreditation board?

We are thinking of setting up a national accreditation and certification board. The process is under consultation with the PMO and will take another three-four months.

Your ministry deals with entry-level skills, but the private sector needs people with higher or incremental skills. How are you going to address that requirement?

“Skill was earlier a part of education. We have taken it out of education and are trying to create a ­parallel vertical for the skill-training ­ecosystem.”

We are talking about incremental skills when we are talking about a bartender, a mason or a plumber. We are identifying them. If you look at the qualification packs (around 600-700), we are talking about actual day-to-day dem­ands. High-end skills are specialised skills and need a lot of investment. Now, it’s not just about manufacturing or industry, but also services. Services, as a vertical, is a huge creator of jobs, so we are focusing on it equally. In the overall ecosystem of specialised skills, it was confined at the entry level with the ITIs (Industrial Training Institutes). There are 13,000 ITIs and the process of training there had been compromised to a great ext­ent. Over the past year, we have been remodell­ing and revamping the whole process. We found that out of 126 trades taught at the ITIs to 2.3 million students, under the one- or two-year courses, there were hardly 10 or 11 trades in which 90 per cent of the training takes place. Nobody trains in the remaining trades. It was a flawed ecosystem.

How closely is the government progra­mme allied to the needs of the private-­sector job market?

Prior to the creation of the new initiatives, there were always statements from the industry that we do not need highly qualified people, but hands-on people who know what we are calling them for. That is where the concept of sector skill councils emerged. Now there are 40 sector skill councils and around 22 of them are doing a good job, while the rest are trying to pick up. The sector skill councils are not headed by the government. The chairman is from the private sector—Ajit Gulabchand heads the construction sector council and Dr Naresh Trehan is the chairman of the health sector…. It is the industry conglomerates that decide what kind of skill training is required for what kind of persons. Thus the qualification pack is created and mandated by them, and then our ministry approves it under the NSQ (National Skills Qualifications) alliances. So the whole process is in place and anybody who wants to do training will have to do it exactly in the process mandated by the industry.

What do you think are the biggest challenges in achieving the governm­ent’s Skill India target of skilling 40 crore people by 2022?

Skill was earlier a part of education, so everything was focused in and around education. But we have taken it out of education and are trying to create a parallel vertical for the skill training ecosystem. At this stage, school dropouts are being taken care of by the National Skills Development Corporation (NSDC) under the NSQ. Then we have Class 8 pass students going to the ITIs, which have a two-year course and award an ITI certification. Then you have Class 10 pass students going for a three-year course at the ITIs. But, so far, ITI certification was not being treated as equivalent to matriculation. For the first time, we have introduced that. Similarly, plus-two here was never given equivalence to higher secondary education. Now we are introducing that. So, for the first time ever in the history of India, ITI training is being given equivalence to formal school education. We are also working to see that school dropouts are trained and are able to survive in the system with two years equivalent to Class 10, plus two years equivalent to Class 12, one more year diploma and two more years graduation.

The government has set a target of creating at least 10 crore new jobs by 2022, even as there are an estimated 30 crore among the existing workforce who require further skilling. How are these dual challenges being met?

We have a whole programme of recognition of prior learning under which the trained workforce is mobilised, identified, their credentials checked and they are retrained under short courses. Assessment is done thereafter and certification provided. This is as far as existing skills are concerned, which does not get captured anywhere. Going beyond that to connecting them with jobs, I feel entry-level jobs are in plenty in India. Only specialised and high-end jobs may not be available. On re-skilling, we have made a start in every sector…. We have a target to re-skill 30 lakh persons and we are moving on that.

There has been much talk about multi-­skilling of youth to improve their chances of employment. How is the proposal faring?

The cabinet proposal on this is under consideration and 1,500 ITIs are to be set up as multi-skilling institutes in the PPP (public-private partnership) mode. They should not have any skilling system equivalent to the government-run ITIs. An announcement can be expected any time after the state elections are over.

The NSDC had come under some cloud a few years ago on issues of accountability and discrepancy in the number of people who had been made job-ready and those who had got jobs? What has changed since then?

Absolutely, the whole system then was riffraff. It took some time, but we have been able to completely revamp and put in place a more robust, foolproof system. I can say with authority that in the existing Rs 10,000-crore PMKVY-2, we have been able to sort out 80 per cent of the leakages of quality or the conduct of programmes. We are still trying to fine-tune the remaining 20 per cent.

How much is the improvement in the placement of skilled people, which is reported to be around 15 per cent?

We have categorically defined placements now. The training partners now have to either place those who are trained in wage employment or put them in an apprentice programme with a factory, or else get them entrepreneurially connected. For instance, if a lady has been trained as a beautician, she must also be financed by a bank for acquiring the kit to start her own business. It is similar for an electrician or a plumber to get self-employed. The mandatory figure (for placement) is 70 per cent.

How closely are partner trainers being monitored? Reports from the ground reveal that many trainers do not insist on attendance to get certification.

Yes, it was happening, but now it is not the case. We have introduced biometrics and as many systems as required, including digital technology, to ensure compliance both by teachers and students. The shortage of trainers, however, remains a big challenge. We are trying to get trainers through international organisations, while the sector skill councils have been entrusted with the task of training the trainers.