American firms are feeling cheated with the new liability clause

It’s an irony devastating enough to enrage the Americans—they painstakingly persuaded the Nuclear Suppliers Group to grant a waiver to India in the hope of cornering a large share of its lucrative nuclear pie. And now, two years later, their dream of bagging contracts worth billions of dollars is in danger of getting stymied under the Civil Liability for Nuclear Damage Bill that India’s Parliament passed weeks ago. The roller in the bill is the clause placing liability on suppliers of nuclear technology and raw materials in the case of an accident. 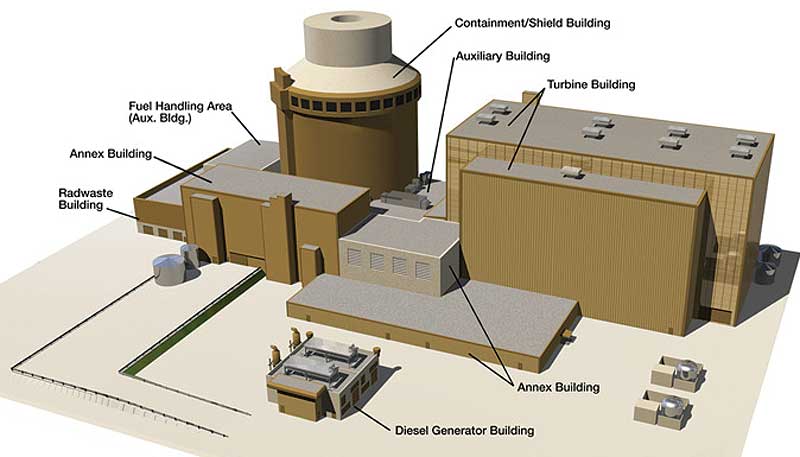 The liability legislation has set off alarm bells in the US business community. In private conversations, sources close to the two US firms that are eyeing these contracts—General Electric and Westinghouse Electric—say both are extremely anxious, and are “evaluating the situation” to determine whether they want to do business in India. In public, though, both GE and Westinghouse are tight-lipped about the situation; their spokesmen told Outlook they had no comment to offer on the issue.

US businesses and some analysts believe the liability legislation is not in compliance with the International Atomic Energy Agency’s Convention on Supplementary Compensation (CSC). “The CSC requires that all nuclear liability must be channelled absolutely and exclusively to the operator of a nuclear power plant; by the admission of the Indian government itself, the bill channels liability to the supplier as well. Hence, it is not CSC-compliant,” says Ashley Tellis, a senior associate at the Carnegie Endowment for International Peace.

It’s claimed that the legislation will render it difficult for the American companies, unlike those in countries which have the backing of their states, to seek insurance cover, without which they could face the grim prospect of bankruptcy in the event of a nuclear accident. Their argument was bolstered by the comments of Sudhinder Thakur, executive director of the Nuclear Power Corporation of India Ltd (NPCIL), who said, “The provisions of 17 (b) (that makes suppliers liable) are neither practical nor implementable.”

The irony of the situation is underscored by Henry Sokolski, executive director of the Non-Proliferation Policy Education Centre. “We do the heavy diplomatic work and make it legitimate to make such sales only to see others close the deal. This is our legacy of being nuclear diplomatic chumps,” he says. In addition to India, the US did some heavy lifting to sanctify nuclear commerce with the UAE, Jordan and Turkey, only to find it had been edged out in the competition to build nuclear reactors in those countries. Agrees Daryl Kimball, executive director of the Arms Control Association, “The new Indian law may effectively deny US nuclear supply firms access to the Indian market, which was a chief selling point for the (Indo-US nuclear) deal.”

The Americans, however, are still eager to see changes introduced in the liability legislation. State Department spokesman Philip Crowley recently said, “We will look to the Indian government to see what changes can be made.” With Indian officials stressing upon the implausibility of amending the liability legislation now, a possible way around it is being contemplated in Washington. Options on the table include a “signing statement” in which the Indian government could declare its intention to override the controversial section of the law. Another is a government-to-government agreement, whereby New Delhi would seek to indemnify foreign suppliers should they be sued. A third scenario would involve the NPCIL—billed to be the sole operator of nuclear plants in India—assuming suppliers’ liabilities at the time of signing the contract.

Mounting pressure on the Indian government will also be the US-India Business Council (USIBC), which comprises top-tier Indian and American companies. The USIBC also intends to seek clarifications from the Indian government on how Indian and foreign suppliers can move forward with the NPCIL to vitalise India’s nuclear power sector. The council has consistently maintained that absolute and exclusive liability must be channelled to operators of nuclear power plants.

For US companies, it is the promise of billions of dollars worth of business that’s at stake. The Indian government has set aside two sites—Chhayamithi Virdi in Gujarat and Kovvada in Andhra Pradesh—for GE and Westinghouse. The former is to instal its Advanced Boiling Water Reactors (ABWRS), and Westinghouse its AP1000 Pressurised Water Reactors (PWRS), each reactor boasting a capacity to produce 1,000 mw each. Considering that the two firms together are expected to supply 10,000 mw, India is scheduled to receive 10 such American reactors, each carrying a price tag of $2-2.5 billion. Thus, the total worth of contracts set aside for the US is close to $25 billion.

Tellis says the legislation would be a significant deterrent not only for the US, but for Indian and other international private businesses as well. “This bill represents a tragic denouement to everything Prime Minister [Manmohan] Singh worked for through the US-India civilian nuclear deal. Hence, it is painful that his own government had to pilot such an instrument, which could well deal the proverbial coup de grace to the prime minister’s great initiative,” Tellis says. “Moreover,” he adds, “that this bill was concluded with the aid of the BJP is perversely ironic, given that the BJP was resolutely opposed to the deal. If the current text of the legislation therefore survives in perpetuity, the BJP will have had the last laugh, having salvaged victory despite initial defeat.”

The BJP’s hypocrisy is also alluded to by Lisa Curtis, a senior research fellow at the Heritage Foundation. “Given the obstructive behaviour on this issue by India’s principal opposition party—the BJP,” she says, “it is easy to forget that it was the BJP-led government which first introduced the idea of US-India civil nuclear cooperation.” She feels this contentious issue must be “fixed” promptly to help improve the atmospherics surrounding President Barack Obama’s visit to India in November.

But there are some who feel India has little to gain from succumbing to US pressure. There are several state-backed foreign suppliers around to quench India’s energy thirst. Sokolski underlines the political factor, contending India isn’t likely to make itself susceptible to a possible nuclear version of the Bhopal tragedy, which continues to stoke emotions more than 25 years on. “It’s going to be interesting to see whether the Indians, now that they have passed this law, are going to stick to their guns or cave in. There is going to be pressure on them to reverse course,” he said. The last word, it seems, is yet to be spoken on the nuclear liability issue.