Politicians claim a media-middle class nexus is their undoing 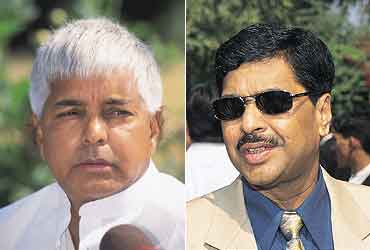 outlookindia.com
-0001-11-30T00:00:00+0553
If there is something rotten in the state of our public affairs today, it is not the politician. Or so claim a few members of the political class who, at some point in their careers, have had to carefully conceal the blemishes on their public faces caused by clouds of misconduct.

While agreeing with the general premise that the urban middle class holds the politician in barely disguised contempt, many politicians feel that this distaste rests on insufficient grounds. Rather, they insist, the politician—supposed upholder of public virtue, guardian of values and morality and able office-bearer—is the hapless victim of a media-middle class nexus. Indeed, citing a connivance between the English language media and the urban middle class is their preferred counter to any mention of the infamous corporate-politician nexus.

Claiming to be besmirched by a sensationalist media and spat upon by a disdainful urban middle class, the poor politician suddenly finds his/her peccadilloes transformed into unforgivable sins, his salary a subject of heated national debate and his cravings for an urban middle-class lifestyle (car, home and Tropicana juice for breakfast) pooh-poohed.

"Negativism is in our dna," says BJP general-secretary Pramod Mahajan. "For the Indian middle class, no system works well, so why look only at politicians and the political system?" Mahajan won’t concede that the deteriorating quality of political life may itself have something to do with the loss of faith. If politics seems rife with scams and scandals, and untainted politicians are considered an increasingly rare breed, Mahajan believes that the nature of news coverage is entirely to blame.

Politicians are rather dismissive of the urban middle class and its importance to electoral politics. "The commercialised urban middle class is cynical of politics because it didn’t need politicians to make it in life," claims Samata Party’s Jaya Jaitly. However, she distinguishes between the "cynics"—people with high-paying jobs and "disco lifestyles"—and the "first-generation" middle class, which is respectful and supportive of politicians. This latter group, which has deluged India’s cities, transitioning from a rural to an urban lifestyle, still believes in electoral politics.

Mahajan adopts a tit-for-tat attitude: "Why should politicians cater to a class that doesn’t need them?" Laloo Prasad Yadav wags an indulgent finger at those members of his ilk who have misused their positions for pelf: "Politicians must keep in mind that they are people’s representatives and restrain themselves." But the middle class loves to talk about them, even as they label politicians "thieves".

In this love-hate relationship between politicians and the middle class, Samajwadi Party’s Amar Singh, who makes more news for espousing the causes of his celebrity friends than his work as a party official, finds it easy to tip the scales in favour of his tribe: "At least, appear to be clean, dress well and speak well. The middle class may not agree with your ideology, but they will like you."