Shocks And Resilience: Impact Of Demonetisation Is Complex

The impact of demonetisation is complex and intertwined with other factors 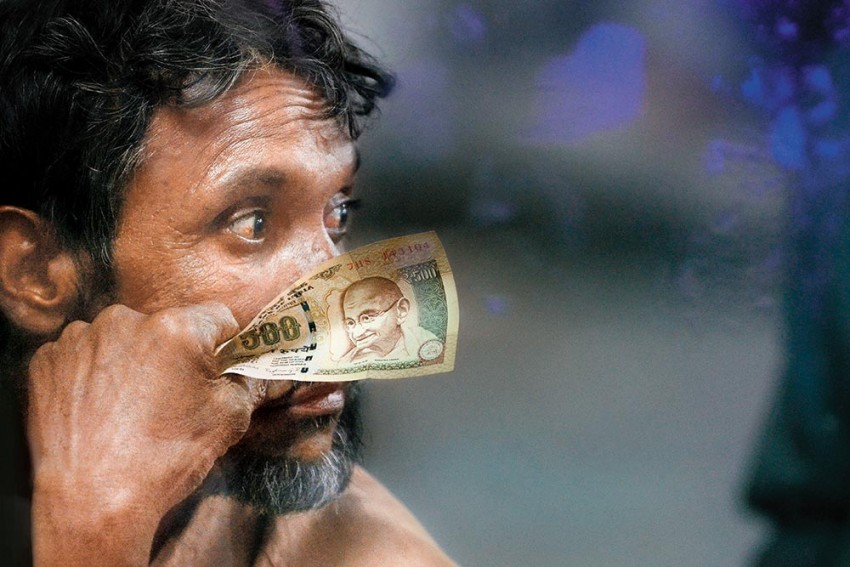 Huh?
Queueing at Allahabad ­station with a suddenly ­invalid Rs 500 note on November 9, 2016, the day after DeMo
Photograph by Getty Images
Shashanka Bhide November 09, 2018 00:00 IST Shocks And Resilience: Impact Of Demonetisation Is Complex 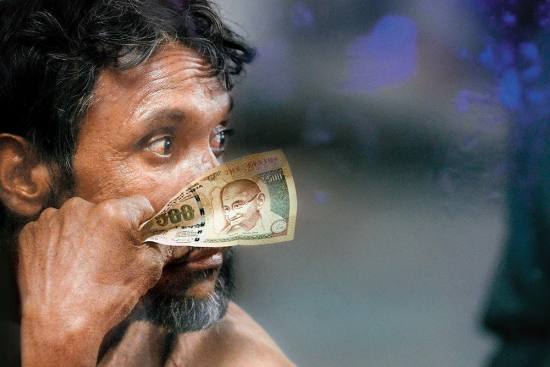 Demonetisation’s impact on the economy has been significant. The oft-cited graph showing a sharp decline in banknotes held by the public and the rise in the stock of cash with banks starting in November 2016, and the steady reversal of this as re-monetisation took place over nearly a year, illustrates the potential impact on transactions based on currency as well as the recovery’s complexity. Cash is now back in circulation at nearly the same level as two years ago, and the economy is moving towards digital transactions. Has demonetisation changed how the economy has operated?

The change from cash transactions to other methods is likely to have been sharp in the formal sector, even for small transactions. Many in unorganised and ‘small’ establishments would also have moved to cash and digital payments. But the return of cash to the pre-November 2016 level suggests that cash rem­ains important for the economy.

The Economic Survey, presented nine months back, provided a cautious assessment of GDP growth prospects for 2018–19, pegging it at around 7.5 per cent after an expected 6.75 per cent in 2017–18, less than the estimated eight per cent in 2015–16.  Expectations of improved growth in 2018–19 are anchored by sustained acceleration in the growth rate from the second quarter of 2017–18. The impact of a number of adverse factors was seen to be offset by the positive impact of policy initiatives and ref­orms. One such factor in the short term was the imp­act of demonetisation, which affected the unorganised sector of the economy more than the others. The growth rates of manufacturing, cons­truction and services declined by more than two percentage points in 2016–17. Not all the decline in the growth rate can be attributed to the demonetisation.

With easier digital ­payments, the I-T base, e-commerce and telecom all expanded —but may have done so without DeMo.

Expansion of digital financial transactions made more efficient means of payment accessible to a wider population, and may have helped expand the income tax base, e-commerce, digital financial services and telecommunications. It has been a boon to the new regime of indirect taxes. Of course, all this may have occurred without demonetisation if the cost, convenience, availability and security of digital transactions outweighed the ease of using cash.

Recovery of the growth rate is not a function of the effects of demonetisation alone. Global factors like turbulence in petroleum prices and disruption in the global trade environment, and domestically, banking troubles and the int­roduction of the new indirect tax regime, have all affected the momentum around the recovery path. There are also a number of governm­ent policies and initiatives which addr­ess deficiencies in the economic environment for businesses or ens­ure more efficient delivery of services to the poor. After all, sharp improvement in the ease of doing business is needed to sustain eco­nomic growth, as it would reduce the need for many rent-seeking activities leading to unaccounted income.

The cash economy also created conditions more favourable to speculative investments leading to price rises in specific sectors and spurts of inflation. While the more robust monetary policy framework that has emerged may have greater influence on inf­lation, increased financial transactions through formal channels have helped in restraining prices.

The economic shocks also invariably point to the need for policies that cause growth in those segments of labour and establishments less able to absorb such shocks. The forces driving India’s growth seem irrepressible. But there is a case for attention to those dependent on sectors and regions that lag behind.

(The writer is director, Madras Institute of Development Studies)