The markets are empty now, but this could just be the economy correcting itself 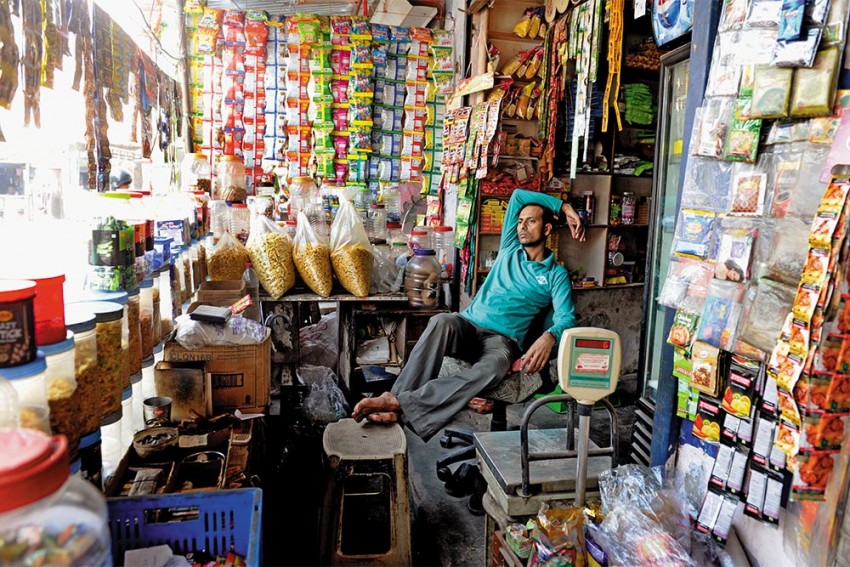 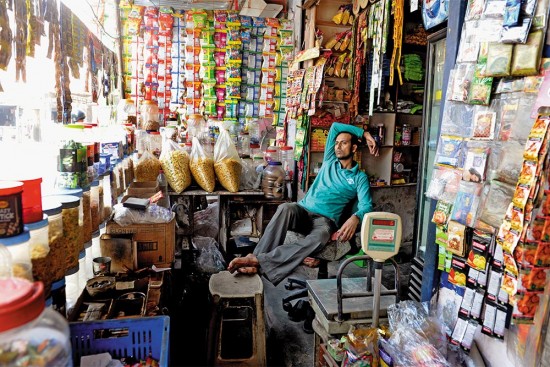 Life threw in a different set of challenges for Tapan Kumar, a trader at Kolkata’s popular Gariahat area this Tuesday. In any normal week, Tuesdays means unmanageable crowds with brisk business. This week, however, the otherwise busy market wore a deserted look with just a few people moving around. Even fewer were making any purchases.

Many other traders like Tapan went home without making even a single sale throughout the day. Things have not been the same since Narendra Modi’s November 8 announcement of demonetising Rs 500 and Rs 1,000 currency notes. Most people coming to the market said they deferred their purchases and were merely making do with whatever they had as there was no liquidity available in people’s hands.

The situation in Delhi’s busy Chawri Bazaar is not very different. The normally busy wholesale market wears a curfew-like look with a majority of shops closed and very little business being conducted. The few who are doing business say volumes are a tenth of what they are in a normal day.

Across markets in the country, the demonetisation move has had a huge impact with little business happening in the busy markets because of a liquidity crunch in markets that operate primarily in cash. “Business has gone down by 75 per cent in the last four-five days,” says Praveen Khandelwal, secretary general, Confederation of All India Traders (CAIT). “This is how it is across the country as smaller denomination currency is available neither with consumers nor with businessmen. There is an acute liquidity crunch. No business activity is happening at the level of the retailer or the wholesaler.”

The short-term outlook, at least, looks pretty grim. Consider this: About Rs 14 lakh crore of money was in circulation across India. Of this, 84 per cent was in Rs 500 and Rs 1,000 denomination. This means, with those denominations gone, the entire load of transactions is on the 16 per cent that is in smaller denomination of Rs 100, Rs 50, Rs 20 and Rs 10. And these days they are harder to find. And since no change is available for the Rs 2,000 note, transactions are not happening even though the government has released currency of this denomination in the market.

Adoption level of digital payments remains quite low in the big markets. No wonder then, say operators, last week, soon after the demonetisation announcement, most markets remained closed and while some of them have opened this week, consumers are hard to find as nearly all purchases are being deferred.

“Consumer demand will fall as it was built on the steroid of black economy. That fizz will go and this will continue for two more quarters.”
Rajiv Kumar, Senior fellow, CPR

The problem, says Khandelwal, may get even more acute in the coming weeks if the liquidity situation does not improve. Civil supplies may be hit as truckers are finding it difficult to carry out transactions and transportation. “About Rs 15,000-20,000 is required to run one truck from one place to another and the limit on exchange is Rs 4,000, while the withdrawal limit at ATMs is Rs 2,000,” he says. “Cheque is not a prevalent mode of transaction here. This is hitting goods transport badly and that can hit civil supplies soon.” The situation in smaller cities and Tier 2 and 3 towns is far worse as these work only on cash.

“There is a big paper, cloth, metals and utensils market here in Chawri Bazaar and the market is mostly closed as all dealings are in cash without any bill or voucher,” says Mani Shekhar Jha, a local businessman. “There are also a lot of intermediaries that operate in the market and all of them operate in cash. They have all been affected badly as there is just no cash available. Everyone is on a wait-and-watch policy, waiting for the government to release cash.”

And yet businessmen are hopeful that the problems due to demonetisation could be a short-term affair and things would improve in the future. “There are no consumers at the shops as there is uncertainty and they do not have money in their pockets,” says Mahesh Gupta, CMD Kent RO Systems, and president, PHD Chamber of Commerce and Industry. “Consumers are deferring purchases in the short term, which is definitely harming business. But there could be gains for business in the long run.”

Once again MrModi shows hw little he cares abt ordinary ppl of this country-farmers,small shopkeepers,housewives-all thrown into utter chaos

Economists agree there is pain in the short term as the demonetisation, which is primarily aimed against black money, is a move to change the moral and social ethos of society. “It is quite clear that consumer ­demand will fall as it was built on the steroid of black economy. That fizz will go and this is going to continue for the next two quarters,” says economist Rajiv Kumar, a senior fellow with Centre for Policy Research (CPR). “But we should not repent it as consumer demand will eventually return on a much more sustained footing. Because of this, the cost of capital will come down for banks and will encourage them to cut their lending rate and encourage investment. In the long run, consumer demand will be substituted by investment demand and export demand. It is positive for the economy and for employment.”

Kumar feels the economic gains would be much more as the move will induce saving in the long run as ostentatious consumption pushed by black money will go. “The common man is saving, but the nefarious rich were not saving. They will be forced to do that now,” he says.

Of course, real estate is one sector where the impact may be felt longer and could be a game-changer. Once black money goes, prices will come down and there will be more supply for real home owners as the pumped-up artificial demand in the sector will go. “This will definitely affect the real estate sector as it has traditionally seen a very high involvement of black money and cash transactions,” says Ashwinder Raj Singh, CEO (Residential Services), JLL India. “However, almost all such incidences have been in the secondary sales market, where cash components have traditionally been a veritable must. Short-term pain is inevitable when we look for any eventual long-term cure for the disease.”

Luxury and high-end segments of residential real estate, which has also seen a lot of cash payments, will see a major impact from this exercise, says Singh. Legal banking and financing channels have accounted for only a small part of all transactions in this space. The demonetisation move is likely to result in luxury property prices dipping by as much as 25-30 per cent as sellers struggle to offload properties to generate liquidity.

With black money suddenly being wiped out of the market, a lot of investors who have been investing in projects with unaccounted-for money—and raising prices to book profits—will be eliminated from the system, aiding a much-needed correction.

While the correction is under way across the economy, the short term will indeed be tough for all sectors and people, with a big question mark on when the ­liquidity situation will ease. The government has started pumping in lower denomination notes and Rs 500 notes into the system. This could start correcting the situation, but it will take longer to get the markets and business in order. Clearly, it will be a long journey on the road to normalcy.

The Full Demonty: Anatomy Of An ATM In Distress