It managed to capture the youth unrest of the times in a manner that still strikes a chord. 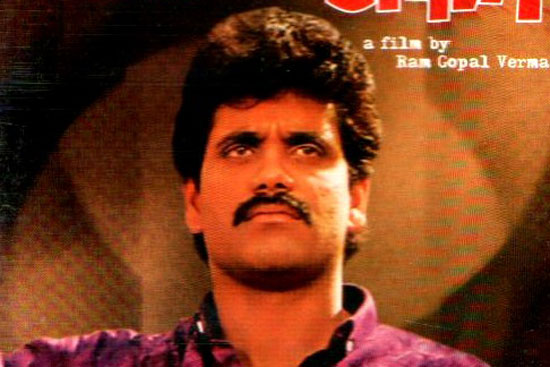 There’s much about Shiva that may look dated now. Those Ambassador cars of the goons; a Michael Jackson-inspired fantasy song sequence literally emerging out of a cinema screen; the hero wearing his jeans high, close to the chest than the waist; the end of his jeans tucked into the ankle boots and sneakers, the shirt sleeves rolled all the way up to the biceps. Then there were the bushy eyebrows of the heroine, no slim perfection here. Those style statements of yore might look terribly funny now but Shiva managed to capture the youth unrest of the times in a manner that still strikes a chord. It logged in to their despair and disenchantment, their spirit of rebellion and also cast an eye on the politicisation of the students’ unions and the defiling of the campu­ses by corrupt netas. When the heroine says, “Desh ko koi sudhaar nahin sakta”, the hero promptly replies that it’s because everyone thinks there is no way out. He talks of overhauling the “system” to bring about a change. We are still discussing the same issues.

The significance wasn’t the story but the telling of it. Ram Gopal Varma brought a palpable raw energy in the way he used the camera in many of the iconic action sequences. The long chases and murders feel real and sinister; the scenes are like stretched wires, filled with tension. One fight scene piles on top of another, one random killing leads to another as the strain escalates and builds up towards a bloody climax. Some of the set pie­ces are memorable—the hero on the bicycle being chased by the goondas in a car, his run inside the narrow lanes of a slum till a bus at the end of a lane offers him an escape. Or the fight with the villain through the classrooms and corridors of the college. Or one of the hero’s innocent friends, desperately on the run from the villains, getting murdered with a hatchet. Varma doesn’t show the gore, just a shadow of the hatchet on his scared face. But, Varma also kept the emotional core of the film in fine balance. A mother mourning the death of her son, the one on whom she had pegged all her hopes for the future; a husband blinded by grief on the death of his wife. Twenty-five years on, they can still leave the audience shattered.