It reaches out to the heart as well as the mind. Not the kind of film you see very often. 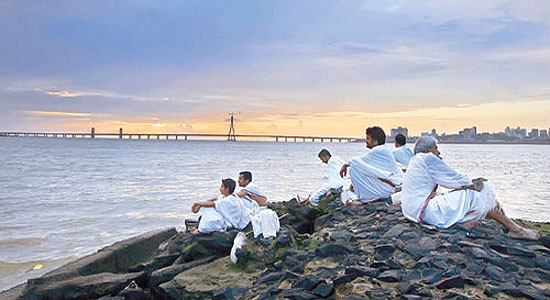 There is a lingering image at the start of Anand Gandhi’s Ship of Theseus, of a hand touching surfaces to see and grasp them. It captures the uniquely tactile quality that lies embedded in the film. SOT renders its protagonists’ dilemmas tangible. There’s the blind photographer who captures her images by hearing them. You go on her journey with her: int­rospecting, experiencing her doubts, claustrophobia and the urge to esc­ape the patronising world. You can emp­athise with her when she gets lost, metaphorically of course, on gaining vision. Then there is the good-humoured, quick-witted monk who is torn between his commitment to the battle against animal testing and his own life that’s ebbing out. Is his deliberate withdrawal from life an act similar to that of a suicide bomber? Each of the stories is built around such an argument. Between the blind girl and her boyfriend, between the monk and his pesky, young lawyer. And between the rough and rustic, money-min­ded but good-hearted businessman Naveen and his artistically inclined grandmother in the third and last of the stories. His own kidney transplant takes Naveen out of the comfort zone and gives him a larger cause, of seeking justice for those not as blessed. It is a cinema of such values and beliefs, and of contentious issues. It’s a film of meditative pauses and life as many of us have felt and lived. It reaches out to the heart as well as the mind. Not the kind of film you see very often.