A very well-intentioned, good-hearted film but need it have worn its heart on the sleeve? 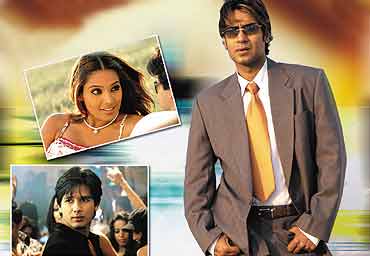 Shikar is quite like Swades. It's a film with a definite idea and ideology but one that fails in turning it into engaging cinema. There are several technical problems you may attribute this to, primarily the film's weak script. It fails because it perceives idealism in a strange vacuum. It's a pure, unspoiled, innocent idealism of the '40s and the '50s and doesn't quite work with a cynical, swinging, fast-changing 21st century India.