It’s a nascent field, and women are there at the starting line-up 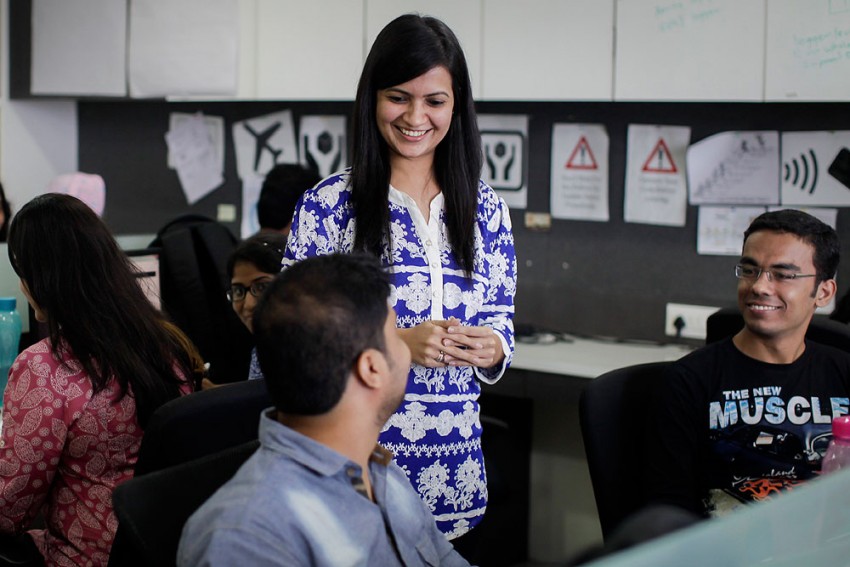 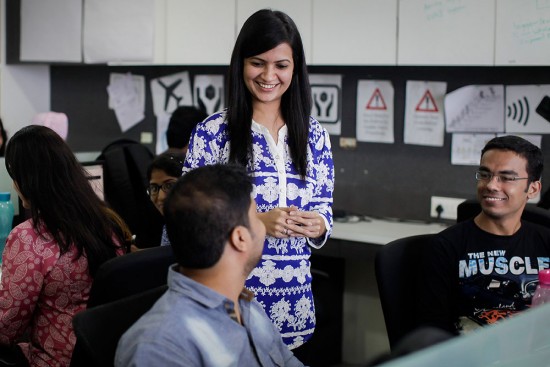 Radha Rangarajan got to thinking about an idea to fight malaria from her research on knocking out a gene of the disease-causing parasite, Plasmodium. This was while she was a post-doc fellow at the Harvard School of Public Health. Deleting the gene seemed a good approach, but it wasn’t easy to figure out what to do next. That led her to leave academia to learn the ropes of drug discovery in the pharma industry. Eight-odd years later, in 2011, she foun­ded Vitas Pharma in Hyderabad, aiming to tackle multi-drug-resistant bacterial infections, a key threat to health, through next-generation antibiotics.

“What drives me is a very strong interest in anti-microbial resistance. We have a huge health crisis looming ahead and something has to be done,” says Radha. Her start-up is working on small molecules that can be developed into new drugs. Soon, she hopes to file her first investigational new drug (IND) application. “Now you see younger people running start-ups in the internet space and e-commerce. I wasn’t ready in my 20s and 30s. I needed to evolve as a scientist.” What helped in making the decision were supportive family members.

Like Radha, many women are carving out a space for themselves in India’s bustling start-up scenario. Unlike her science-based venture, though, many are in the consumer internet space, which is relatively easier to kickstart and fund-raise as venture capitalists chase their business ideas. The numbers are minuscule but the bug is in the air. Of the roughly 3,000 technology and digital start-ups founded since 2010, around 6 per cent were led by women, says a Nasscom survey released this year. Most of these entrepreneurs were aged betw­een 26-35. Where many aren’t the face of a company, they are part of a founding team. At start-up meets or hackathons in Bangalore, there’s usually a fairly large female presence; indeed, a few funds these days even focus on women-led start-ups. Many, however, feel some basic concerns need to be addressed for these numbers to increase rapidly, one being that bootstrapping a company and work-life balance often don’t go together. 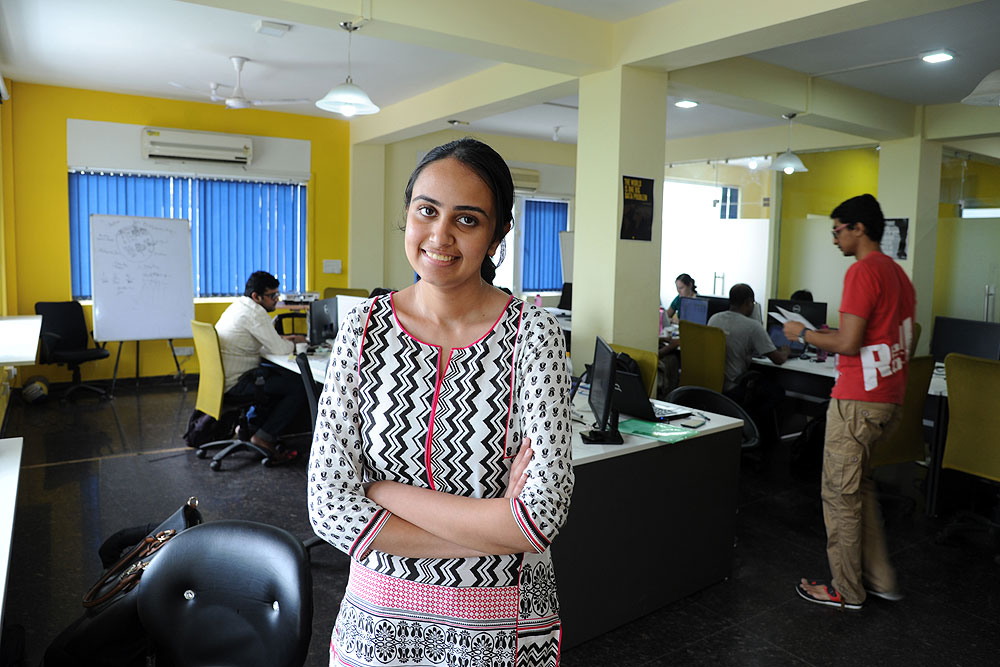 Prukalpa and co-founder Varun Banka set out with a question: can we drive massive decisions through data? They collect data online and supply, say, to a district project or for a business expansion. “If I want to find Italian food for under Rs 500, it takes me two seconds to find it online. But for the biggest decisions that we are making today, there isn’t such a way. That’s the problem we want to solve,” she says.

“It’s still early days, there’s a long way to go before we can get adequate volume,” says investor-entrepreneur Meena Ganesh, who has set up several successful businesses over the past 15 years. Back then, there were hardly any support systems or mentors, but that isn’t the case today, she says. “Women also have to be willing to take the required risks. The younger generation is open to that.”

Suchi Mukherjee, whose social shopp­ing platform for women, LimeRoad, has raised $50 million since going into business just over two years ago, reckons a deep-rooted bias is the reason for the skewed gender ratio in technology roles. LimeRoad’s ratio of men to women is 60:40, but in the engineering and technology team it falls quickly to 95:5, she says. “In all honesty, one of the things that disappoints me is that, in all these years, I’ve found it difficult to find a lot of female talent in eng­ineering.” Suchi, who was part of the early eBay team in the UK and then with Skype, says the low numbers of women in technology holds true even in northern Europe (Finland, Sweden etc) where working women find better support. “The ratio of women to men has been abysmally low in technology. I used to find the 95:5 ratio unfortunately even at Skype, whose engineering was built in Estonia. Now that goes down to some extremely deep-seated biases in the way we bring up children in the early days. Some of that is changing.”

Shradha Sharma, a journalist whose portal YourStory tracks start-ups, is similarly stumped. “A lot of women are studying engineering. Then how is it that they are not coming into start-ups?” Most of it begins at home, she reckons, and families have to understand that tech start-ups demand 24/7 commitment. Shradha finds plenty of enthusiasm at many of the start-up conferences she speaks at but feels a lot more needs to be done to ensure that it translates into actual activity on the ground. “Every initiative in this space is welcome,” she says, which includes more role models. 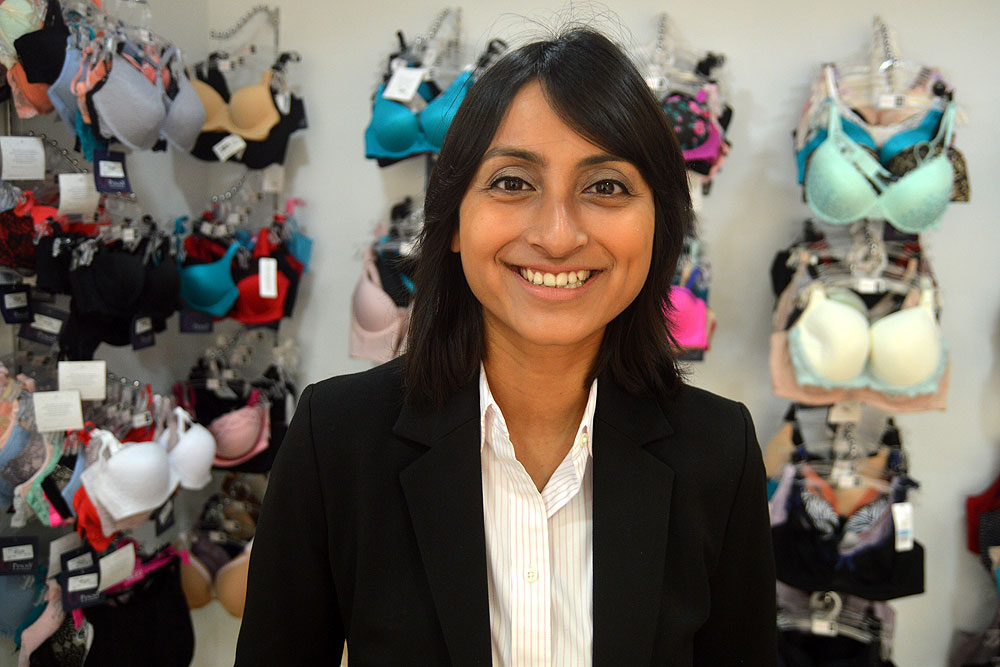 E-commerce is complex, so is lingerie as a category. Sizes, fits...no cachet. “How do you create it online?” Zivame sells “a bra a minute” now, yet she defies type. “I want to be what Richa is. Feminine it may be, but gets the job done,” she says.

“Ultimately, when you see success aro­und you, you aspire to get there. And you need to be able to see role models when you are going up,” says Suchi. “I  think women give up way early, particularly when they have kids.... Part of the reason is there aren’t enough role models that say you can do this and there are ways in which you can do it.” She reckons women in their mid-20s and early 30s would more or less struggle being in a start-up as they won’t have control over their time, considering that support structures at home are almost non-existent.

“Women may not be the face of a company but they are part of start-up teams, so they are getting involved,” says Bio­con’s Kiran Mazumdar-Shaw, a larger-than-life role model herself. “In fact, a lot of high-risk area ventures are foun­ded by women. I know of 2-3...and they’ve done quite well.” The larger problem, especi­ally in science-based start-ups, is the lack of funding, she says. “Even in my case, my revenues were going to take two years to come out and so people were unwilling to invest in such a business. That’s why you are finding so much money in etailing today, because there are revenues.”

Radha, whose venture raised Rs 3 crore in seed-funding last year, says the idea of a start-up wasn’t on her mind initially. But seeing her husband manage his IT company in Boston helped firm up the idea. Besides, hers was an area she’s passionate about. The best part about it: “I don’t have to get up in the morning and think: is there any meaning to it?”

‘The Sex Strike Idea Was Born Out Of Sheer Desperation’