She Flies Just Past The Chin

Next time you decide to let things go at a pub, watch out for the woman bouncer 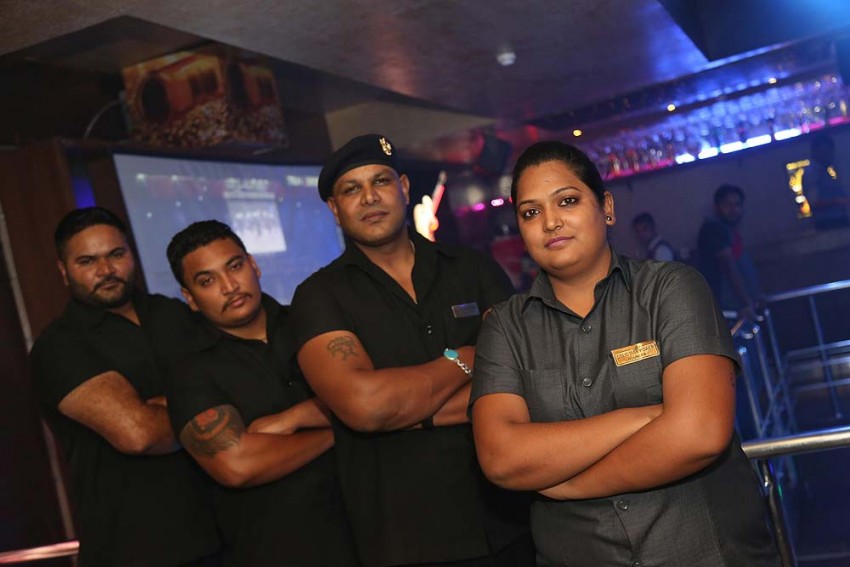 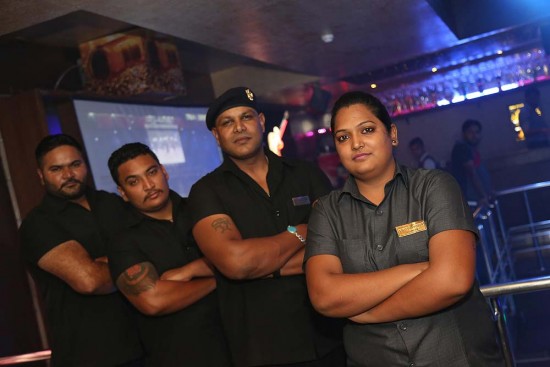 The night is as young as its patrons at Social, in the urban escape that is the Hauz Khas Village in Delhi, better known these days as plain HKV. You can barely make her out, a silhouette in black in the shadows. She seems of the place, but not quite. Average of height at 5”3’; beefy but not quite musclewoman. Certainly not what you’d expect your a bouncer at a bar to be.

But there she is, Geeta Lahorey, 35, mother of two daughters, 17 and 19, woman in the male bastion that is the world of bouncers at pubs and clubs. Her work begins when that of most people ends. Most nights she just has to stand with her arms folded, eyes alert, but sometimes things turn eventful. Like the night a guy, high on Bacardi, pretended he was fainting and tried to clutch at the skirt of the girl dancing next to him as he went down. Big mama Geeta pounced on him, gripped him firmly, and ended his Social life. Forever.

They are becoming quite an army, female bouncers. Exact numbers are elusive, but Andrew Rodrigues, vice-president at security services firm NISA, says, “In just the past year, there has been a threefold increase in their numbers.” “We started with two bouncers,” says Arpan Kakade, manager at the Exo Night Club in Mumbai, “and, in about a year, we’ve gone up to eight.”

Le Corbusier’s Chandigarh apparently triggered the trend, when popular ‘disc’ Score, in tony Sector 28, employed the first female bouncer, Amandeep Kaur, in 2008. “In Chandigarh, all ‘discs’ open beyond 10.30 pm are required to have female bouncers,” says Dr Sukhchain Singh Gill, senior superintendent of police, Chandigarh. “We passed such an order in 2014 after a rowdy incident that involved girls. We believe that such situations can be managed better if there is inhouse female security. And since then, no mischief has been reported.”

Indeed, the changing gender profile of customers has necessitated the need for women bouncers. “There has been a spurt in the number of women social drinkers and bar frequenters in recent years,” says Mahesh Rawat of Social Offline, the trendy bar lounge that runs in Delhi, Mumbai and Bangalore. “With that trend came the need for female security staff to ensure women’s safety—and their proper behaviour.” Things routinely get rough in bar lounges with the free flow of alcohol, and even women have been known to get into nasty catfights. Gautam Deshpande of Tryst Nightclub in Mumbai recalls one such incident when two women vying for the attention of one man got into a fight, and it took a female bouncer to bring back peace.

They watch out for the women, and keep a watch on them too. Men also sober down faster with a securitywoman around.

Dealing with polite firmness is more the brief for these female bounces than the ability to deliver a flying kick. “A good build, along with the right height-weight ratio, is important,” says Anubhav Khiwani, founder of Denetim Services. “Physical combat training is helpful but not necessary as long as they are fit; and prior experience with the crpf or BSF can boost a bouncer’s resume.” Monika Masi, a 24-year-old bouncer who works at Chandigarh’s Score, takes no chances. “I go regularly for gym training,” she says, “because we are required to be physically fit if not necessarily have physical combat education.”

Female bouncers recruited by security service firms as well as clubs and bars are given training to handle troublesome women—and men—without offending guests. They can also do pat-down frisking of female patrons, which has become de rigueur in most establishments. “Men tend to use girls to smuggle things that aren’t allowed into bars,” says Premjeet Kumar of Keya, a bar-lounge in Vasant Kunj in Delhi. Even a pepper spray—that handy self-protection device for women—can be misused; someone once sprayed it in an AC vent and the place had to be evacuated, he says. 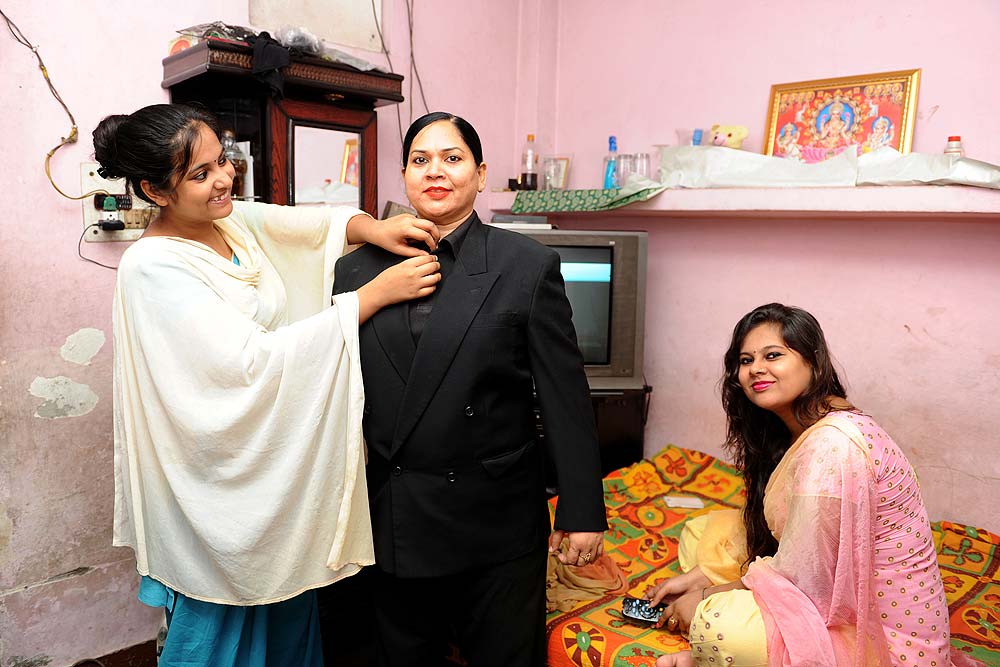 Dressing up ma Geeta with her daughters. (Photograph by Jitender Gupta)

Today, most pubs and lounges have female bouncers in a 1:2 ratio. Although female bouncers typically watch over female patrons, sometimes they can also be called upon to handle male guests as well. “Men sober down faster when female security is around,” says Mehru Nisha, a female bouncer at Social. “With male securitymen, they may pick a fight.”

Customers too feel better with the idea of having female bouncers around. “While I have never needed the intervention of a female bouncer or seen anyone around me need it too, I do feel safer knowing I can go to a woman for help instead of a big, burly man,” says Ishita Garg, a frequent visitor to clubs. Manjit Kundar, bar manager at Tease in Bangalore, says the establishment’s decision to sign on female security has been well-received. “The female guests are more at ease,” he says.

What draws the women themselves to the job? “I wanted to prove that it is not a man’s job,” says Geeta. She took up the job after her son passed away. For Masi, it was just another profession, like MBA or engineering. “I liked the profession, and went for it,” she says. A typical shift is for five hours, from 8 pm to 12.50 am. And unlike other professions, it pays more to be a female bouncer. “We get a daily commission of Rs 1,000 along with conveyance, for a shift that lasts about four to five hours, whereas the men get Rs 800,” says Monika. For outdoor events, women get Rs 2,500 against the Rs 1,500 men get—a happy skew. Manjeet Singh Badal, a male bouncer at Score, resents this reverse gender bias. “We work more hours than the girls and have a more rigorous job handling men. So our pay should be equal, if not more,” he rues.

However, women battle prejudices men like him just don’t have to. Tarrannum Shaukatali, 26, a computer operator by day and bouncer by night, says she will have to give up her nocturnal job since she’s getting married next year and her in-laws don’t approve of her choice of job. “Female bouncers too come from traditional family backgrounds: they look for jobs close to their home,” says Rodrigues.

Some female bouncers are thinking beyond just jobs, and looking at emerging entrepreneurial opportunities. “After a few years, we can open our own security service agency or gym,” says Geeta. She will miss one perk, though. “This job comes with no age limit: as long as you can handle the crowd, you’re good.”

By Stuti Agarwal with Sakshi Virmani