She Flies In The Blue

Aviation disasters bring about their own course of grieving. Is there ever closure? 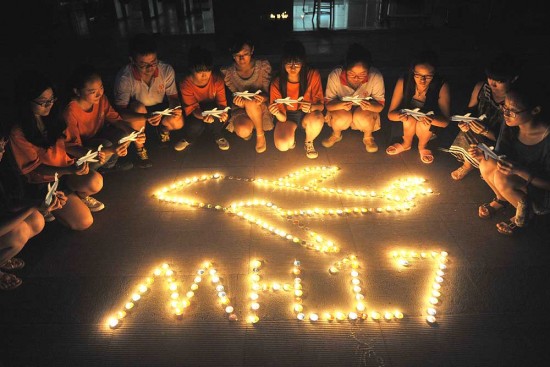 It’s almost a predictable scenario: a plane crashes and rescuers fan out in a frantic search for survivors. Soon, investigators confirm the obvious: no one is alive. Yet, officially, no one is dead. For those left behind, it’s a long, arduous wait. The last four months have been like that for K.S. Narendran, whose wife Chandrika Sharma was onboard the ill-fated MH-370 en route to Beijing from Kuala Lumpur that disappeared most mysteriously on March 8. No confirmation of debris yet, no crash site found, only unofficial theories swirling around its disappearance. But for Narendran, a principal consultant with a management consulting firm in Chennai, not a morning passes without thoughts about his wife, of the quaint little house they had planned in the Nilgiris and all that they’d shared, talked about, quibbled about. Everything is inextricably connected to Chandrika, an intrepid social activist who was on her way to Ulan Bator to att­end a conference, a pit-stop on her elaborate travel itinerary. But alas, it was to be her last. “It was a bolt from the blue. In situations like illness or prolonged suffering, you’re aware of the odds, but in my case, there was no time to prepare,” says her husband.

But Narendran isn’t wallowing in grief, what he seeks is answers. “The knowledge that you still don’t know is confounding. Questions like transparency and accountability on matters of safety need to be addressed; otherwise we’re unwittingly creating conditions for more disasters,” he says. Also, as Narendran puts it, “there’s the chores of daily existence, it can’t be forgotten. You start reconfiguring your life—what’s to be invested in, what’s to be focused on”. This November, the couple would have been celebrating their 25th anniversary, but Narendran is busy negotiating an alternate existence, taking solace from the collective experience of bruised faith.