The daughter of Alyque Padamsee and Sharon Prabhakar makes her Bollywood debut in Rocket Singh: Salesman of the Year 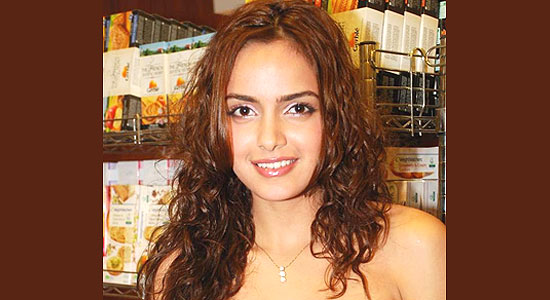 How did you get the role in Rocket Singh?

Through an audition at Yash Raj Films.

How was it working with Shimit Amin?

I was already a fan of his because of Chak De. It took time to sink in that I was working with him in a Yash Raj film.

Had you seen Ranbir’s films?

Of course. I have a lot of respect for him after Saawariya and Bachna ae Haseeno. He’s so young and doing such good work, he’s making great decisions. I met him at a rehearsal and things just fell into place.

Was it difficult facing the camera?

I’m thankful for my experience in ad films which has been like working in mini movies. Since I’m from a theatre background, it took me a while to adjust. In a play you’re performing to the dark but in a film there are a lot of lights.

How nervous were you?

It took some time to sink in but it was a lovely learning experience,

How did your parents react to your signing the film?

It was mom who called me up to tell me I’d got the role and I was like “cool”. I called up dad and asked him to call me urgently. Which he did for the first time as he never takes my calls when in a meeting. He said “yay” right there. Both my parents were ecstatic.

Did you have to do the song ’n dance routine?

How does the finished product look?

Actually I haven’t seen it. I’m not allowed to reveal anything about the film.

Were you a Bollywood buff?

I’m a Bollywood fan at heart and Dilwale Dulhaniya le Jayenge is my favourite film.

Did you aspire to get into films?

Actually I’m shy so I thought I’d do something else. I tried event management, copywriting, working as a production assistant but wasn’t happy. Now I am.