Gauri Lankesh’s eventful career thrums in the warmth of personal recollection. Will her end, in this spell of medieval illiberalism, prompt a fightback? 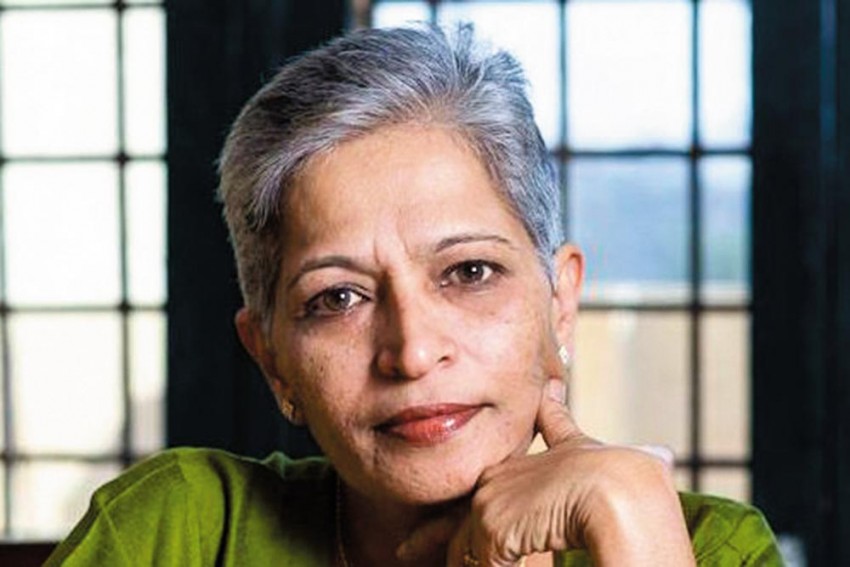 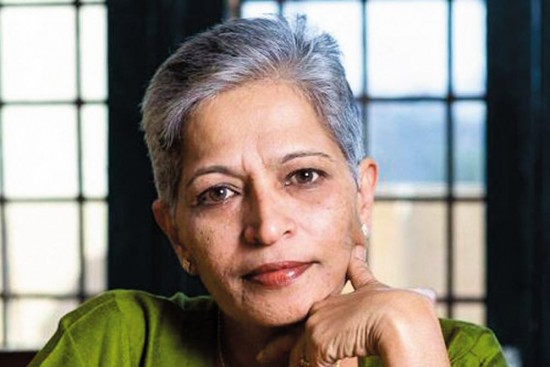 I consider Chidanand Rajghatta to be an extremely engaging and gif­ted writer, whether he is writing on politics, personalities, polemics or places. Most often, he goes bey­ond the mundane and offers a perspective which few can.

His latest book, Illiberal India: Gauri Lankesh and the Age of Unreason would surely have been his biggest and trickiest challenge as a writer to date; after all, he was writing about his ex-wife, with whom he had a bitter-sweet relationship, and who, he discovered after her tragic death, had transformed into sort of an icon he barely recognised.

Petite, energetic, humane, humorous, and bohemian, Gauri  was, for close to 15 years, a thorough professional who wrote beauti­fu­lly and objectively in English on any sub­­ject. Later, when circumstances for­ced her to take over a Kannada tabloid, her legendary writer-father, P. Lan­­kesh, edi­ted, she gradually identified herself with leftist radical activists and their causes, which turned her into a passionate activist-­journalist.

Rajghatta evocatively captures their roller-coaster personal life of “five years of courtship, five years of marriage (and div­orce) and friendship till her dying day”, interspersing his story with their often overlapping journalistic journeys in Karn­ataka and his solo forays in New Delhi, Mumbai and Washington DC, which helped him overcome the pangs of a failed marriage. Rajghatta’s prose is almost poe­tic and his great sense of humour comes through, for instance, in his interaction with a relative who was miffed with his short, registered marriage. He writes: “If you curtail your wedding, your married life too will be curtailed,” hissed a family hussy. “We will take the risk,” I replied curtly…She must have died of smugness when her ‘prophecy’ came true.”

Recalling their days of courtship when they were students of National College in Basavanagudi, Bangalore, Rajghatta pays handsome tribute to the inspirational role the college principal, H. Nara­sim­haiah, played in the lives of generations of students, and his fight with godman Satya Sai Baba and his ilk. Since P. Lankesh (Rajghatta’s father-in-law) also lived and brought out his publication from Basava­na­gudi, he gives a peek into Lankesh’s rio­tous ‘adda’, and his electric relationships with other famous Kannada writers who all lived in a 2-km radius.

The sudden death of Lankesh in 2000 made Gauri not only relocate from Delhi, but switch to Kannada tabloid journalism and continue the Patrike, her fat­her’s legacy. As Rajghatta notes, she was deeply disturbed by the encounter-killing of her friend-turned-Naxalite, Saketh Rajan, began to identify with their causes and later, tried to play the role of an intermediary between the Naxals and the government. As sensational stories are the staple diet of the tabloids, Gauri made several enemies who filed defamation cases in far-flung places to harass her. Those journeys to the hinterland—often alone—helped her connect with the adivasis, the Dalits and the minorities and write about their concerns, which the mainstream media largely ignored.

Gauri also became a strong votary of Lingayatism as a separate religion from Hinduism, which was being propagated by M.M. Kalburgi,  the scholar who had done research in the field (Both Gauri and Chidanand were non-practising Lin­gayats).  Rajghatta recalls an accidental, poignant meeting between Gauri and Kalburgi at Malebennur around 2004, and how religious bigots would target them in similar circumstances more than a decade later, in ‘illiberal’ India.

Rajghatta makes a convincing argument about the links between the syste­matic, premeditated killings of Nar­­e­ndra Dabolkar, Govind Pansare, M.M. Kal­burgi and Gauri Lankesh between 2014 and 2017 and points out how an atmosphere of intolerance is contributing to it. “Someone, either an organisation or a cot­erie of individuals, is periodically targeting prominent rationalists, heretics, agnostics and sceptics,” he writes. Based on some isolated incidents, calling India ‘illiberal’ may sound a little alarmist, but Rajghatta offers his justification thus: “Given the enormity and plurality of our population and the complexity of our society, it is remarkable that there is little strife. But even the little strife we see is a little too much.”

Pointing out that the ‘argumentative Indian’ is degenerating into an intolerant and illiberal Indian, he says, “It is not just religion or social (issues), but it is now spreading to every sphere of life. There is impatience, resentment and anger in the air, often ignited by and on social media…and the worst primitive and medieval instincts of India are on display…every single day.” Rajghatta’s instincts suggested that he should settle on this provocative title, “simply bec­ause we are on a slippery slope of ill-liberalism and a warning has to be sounded.” Yes, indeed.

I’m A Politiculturist Who Wants To Challenge The Status Quo: Kamal Haasan