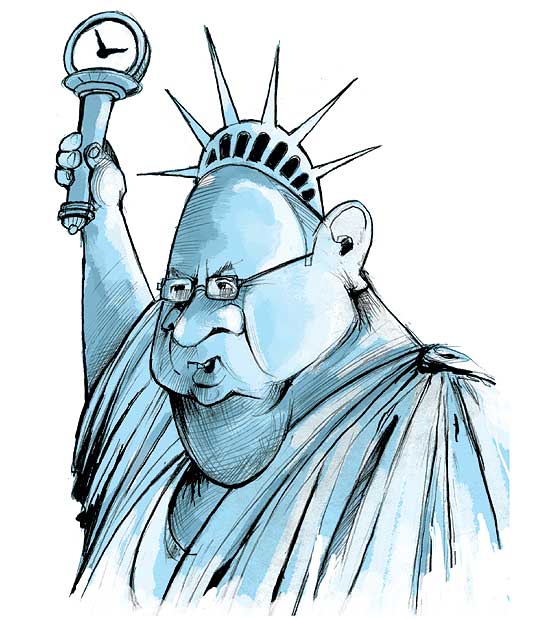 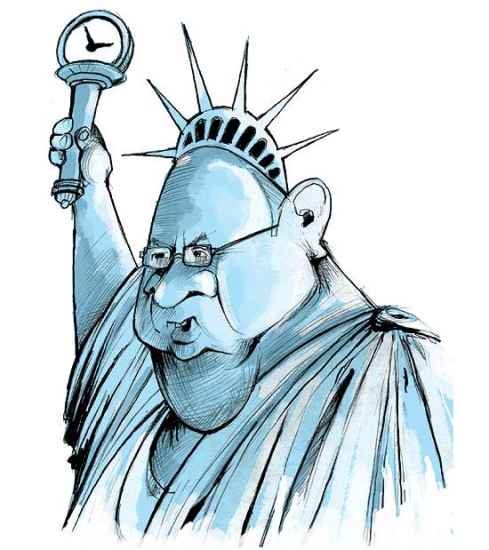 “Mazha swapna aahe, mee ek divas Amerikecha rashtrapati honar (I have a dream that one day I will be the President of the United States).” Now, many may think I’m being over-ambitious but let me tell you I have the full backing of my party, the Nationalist Congress Party (NCP). In fact, my aviation boy Praful Patel has been most encouraging. “If Obama can, then why can’t Sharad Pawar? You are already the icc president and the White House is just an election away,” he said as we strolled down midtown Manhattan trying to find a stall which sells sev puri. We ended up eating burgers though. While on the subject of burgers, you may be wondering why I was in New York. Well, let me swell my chest with pride and say that the NCP opened its US chapter last week. And though everyone else ignored the event, the cia sent a representative who congratulated me and pledged full support to my presidential campaigns.

I must admit here that being President of the US of A (not to be confused with Ulhasnagar Sindhi Association which once manufactured ‘Pierce Soap’ and passed it off as ‘Made as USA’) would indeed be a big deal. News that I am toying with the idea of contesting has sent the Marathi manoos in Amrika into a tizzy. Some enthusiasts even put up posters—‘Pawar for President, Next time vote every Resident’. Some Yanks at Times Square, puzzled by the message, did ask, “Who is this guy?” But Anil Tendulkar, my fan from Baramati, cleared their doubts. “This is no gai (cow). This is Pawar, he deals in power,” “You mean he’s a power company head?” wondered the white man. “Arre! Power goes to his head. One day, he will rule Amrika.”

Well, such enthusiasm aside, I was wondering what I would do if I actually became the prez. Well, for starters, I will only serve wine from Baramati at the White House. And vada pav will be made standard 4 o’ clock snack. Once settled in, I may perhaps go on a renaming spree. The Empire State Building will become Umpire State (given my cricketing interests) and Minnesota will be Maharashtra and Memphis, Mumbai. I might even make Marathi the official language.... But at the end of the day, what are my chances of replacing Obama in 2012? Well, a Nielssen snap poll did show that 98 per cent expat Marathis would vote for me (a survey among other Americans was called off by Chhagan Bhujbal who felt it’d be better to get the poll done in Baramati).

Finally, a Kodak moment from my US visit. It happened in Seattle when a young man came up and offered me flowers and said in anglicised Marathi: “Pawar saab, tumhi jevhna Rashtrapati vhaal, tevhna ek kaam kara...sadnarya dhanya Amerikan lokana vikun taka (Pawar sahib, when you become prez, do one thing...sell the rotten foodgrains to the Americans).” Well, that is a possibility I must explore!