I felt as if I had just come out of a museum of experiments, incidents and accidents. Where have I been? 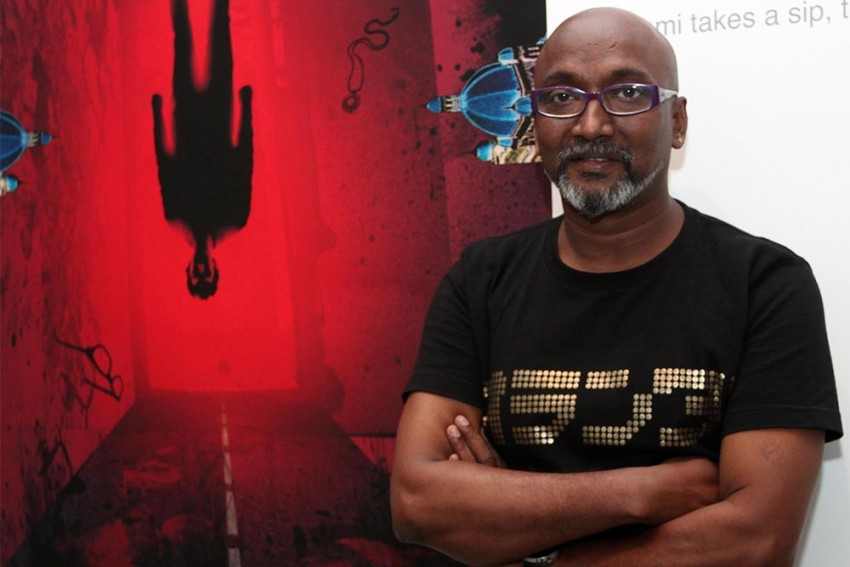 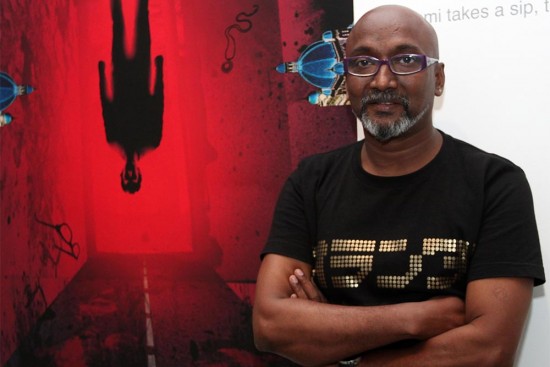 China is in an art-stasy. It has been witnessing an avalanche of frenzied year-round celebrations of art festivals, expos, fairs, workshops, symposiums and related activities. The phenomenal upsurge is nothing less than baffling. Sample some of this: Art-021 Shanghai, Nanjing International Art Festival, Beijing Media Art Biennale, Shenzhen Animation Biennale, Land Art Installation Festival in Yangchenghu, Graduate Art Fair in Guangzhou, Hangzhou Triennial and Yinchuan Biennale, which was curated by this columnist this year. For an Image, Faster Than Light opened on September 9 and is on till December 18.

The drive from the Pudong International Airport was long but smooth. No. I am not going to extol the virtues of Chinese infrastructure that have been strong and fast in coming. What I’d rather talk about is how I was lucky enough to run into some artists and curators at the hotel. They had been working through day and night to complete their works in time for the opening the next morning.

It’s amazing how a sense of purpose can bring together artists with diverse art practices and from different regions of the world. I met the very exciting but talkative artist-couple Ayodamola Okunseinde and Salome Asega from Africa (they live and work in New York), the bubbly and shy Swedish artist with a great name—Karl Marx (happily married to an Indian-Punjabi nurse), the Yinchuan Biennale artist Farzana Ahmed Urmi from Dhaka, and ­finally the lovely Zain Masud, who was the ­director of Delhi Art Fair in 2016. We made a plan for the following day since Zain could ­understand a little bit of Chinese. She had an appointment with Arthur Duncan, a high-flying art consultant. I first met him at the dinner hosted by BMW during Art Basel Hong Kong and later at the Davidoff VIP lounge. So Zain and I had this meeting with Arthur during which he expressed his excitement in bringing some influential collectors and art lovers to the Kochi-Muziris Biennale.

The three of us then trudged on to the West Bund Art & Design on the banks of Huangpu river, an initiative of Zhou Tiehai, a successful Chinese artist who ironically has given up his art to pursue this venture. The West Bund has come up at what once was a forlorn industrial area and has developed into what one could call Shanghai’s answer to New York’s Museum Mile. West Bund is Shanghai’s art district with many stand-alone private galleries and conference spaces.

Ploughing through the West Bund Art Fair, I moved towards the next pavilion to see a well-conceptualised ArtReview Asia special curated project called Xian Chang (Xian means to app­ear; be present. Chang is a large place used for a specific purpose; a stage or a scene). Together, they mean the scene (of a crime, accident, etc); (on) the spot; (at) the site. It was Mark Rappolt and Aimee Lin, co-founders of ArtReview Asia, who made it more than obvious that this was not an elaboration of the magazine’s content but an independent event.

The three of us finally arrived at what was the most talked-about event of the year in China and the reason why I was in Shanghai: the professional preview of the 11th Shanghai Biennale. The biennale this year has been the Raqs Media Collective, the Indian art theory and practitioners’ trinity—Monica Narula, Jeebesh Bagchi and Shuddhabrata Sengupta—who are a powerhouse by themselves.

The opening ceremony and the well-orchestrated grand dinner on the 7th floor of the Power Station of Art was attended by 400 power­-packed people of the art world. I was there to see and listen to these three artists/cur­ators and their assistant curatorial colle­agues. I was overwhelmed to hear Shud­dh­ab­rata speaking confidently about the ­curatorial ­title—‘Why not ask again’. I rarely feel envious of someone, but this was one of those scarce moments when jealousy stealthily crept upon me and I told Shuddho about it later.

The biennale begins at the massive ground-floor space and runs through to the first, second and third level of the Power Station. If you ask me where I have been, I will have to scratch my head and ask again. It was spectacular, no doubt. But was it a science museum? No it can’t be. Was it a laboratory? Nope. How could it be with its array of incredible paintings, sculptures, video, photographs, moving images, live performance, post-performances and new media art. Yet, I felt as if I had just come out of a museum of experiments, incidents and accidents. Where have I been? Why not ask again.

Renovated from an old power plant, the Power Station of Art opened in 2012 as the first state-run contemporary art museum of China. It has been hosting the Shanghai Biennale ever since.

The writer is an internationally acclaimed artist, who has recently curated the Yinchuan Biennale