The pop diva on her first trip to India held Mumbai captive with her swaying hips, bronze body, unruly mane and Latino pop 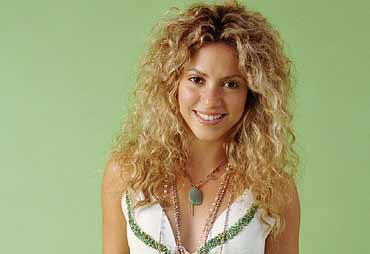 Professionally, yes. Thanks to my sponsors, I was being able to tour and promote my new album Oral Fixation.

You started out in Spanish, but are now famous for your English numbers. Which of the two do you prefer singing in?

Spanish is my native tongue so obviously I’ve been doing it longer but I now feel equally comfortable writing and singing in English. Given a choice though, I’d sing in Spanish.

What CDs play on your stereo most often?

I listen to all types of music. I’m more of a rock fan than anything else, so you’ll probably see a lot of CDs of that genre.

Do you see a lot of Shakira-India/Bollywood collaborations in the near future?

Artists who have inspired you?

There are so many artists that I love and respect. I can’t name only one as inspiration.

You collaborate with other artists fairly often. What are you working on now?

I’ve been focusing on my tour but just collaborated with Beyonce on a new song called Beautiful Liar.

What does Shakira do five minutes before stepping on stage?

I warm up, do some stretching and spend some quiet time with my own thoughts.

Anything in particular you planned to do in India?

This was my first time to India professionally and I am looking forward to spending even more time in the region.

Any surprises in store for your Indian fans?

Well, we’ll have to see. Maybe my Indian fans have some surprises for me?

What’s your own oral fixation? I’ve always lived through my mouth. I am fixated on chocolate, the spoken word, things I’ve said and the things I should never have said.

The Weight Of Wings