Shakes For The Guv’nor

He may have criticised policy, but Raghuram Rajan has led the RBI well 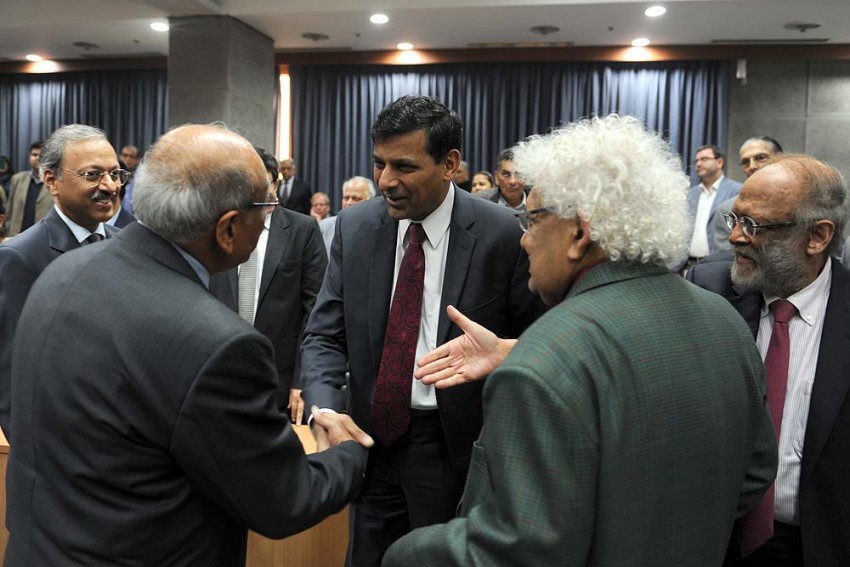 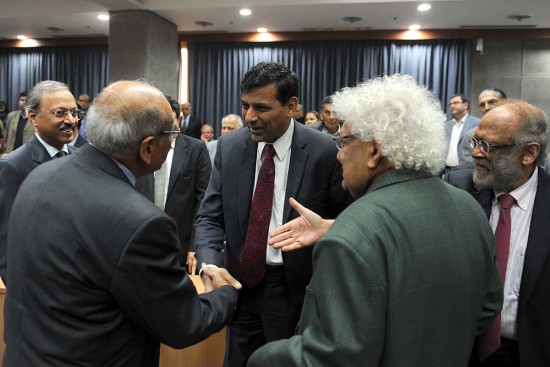 “Financial inclusion: Cash transfers work best when they build capabilities through education and healthcare, so expanding opportunity, rather than when they are used solely for inessential consumption.”

Debt defaulters: “The sanctity of the debt contract has been...eroded in recent years, not by the small borrower but by the large borrower. ”

On rate cut pressures: “The role of regulators is not to boost the Sensex but to ensure that the underlying fundamentals of the economy and its financial system are sound enough for sustainable growth....”

On Make In India: “I am counselling against an export-led strategy that involves subsidising exporters with cheap inputs as well as an undervalued exchange rate, simply because it is unlikely to be as effective....”

If there’s anyone under greater scrutiny than Prime Minister Narendra Modi, it’s possibly RBI governor Raghuram Rajan. Today, he can definitely wear the tag of being India’s ‘celebrity banker’, a phrase used recently by Harvard professor Kenneth Rogoff to describe monetary policymakers of major economies. In the 15 months of his tenure as RBI governor, 51-year-old Rajan has managed to hold his own, despite constant pressures from the government (both UPA and NDA since May this year).

The ‘intense pressure’ has not stopped Rajan from pursuing a clear goal of bringing inflationary pressures under control before going in for an interest rate cut. Egged on by an anxious corporate India, Union finance minister Arun Jaitley has made known his preference for a lower interest rate to boost (still lagging) domestic industrial investment sentiments. Rajan isn’t yielding—yet.

The tone and tenor of NDA leaders bef­ore forming the government had led to speculation that Rajan’s tenure may be cut short. Nothing like that has happened. Other than periodic comments to suggest that the finance minister is on the side of India Inc in their demand for softer interest rates, there has been no major discordant note between North Block and the central bank.

Yet, every observation by Rajan—be it on the ‘Make in India’ thrust to boost manufacturing or the growth versus inflation debate—retrieves the speculation of his moving out. In fact, the possibility of his being moved to head the proposed BRICS Bank did the rounds last month. Even as the ‘myth of confrontation’

Mahendra Dev of the Indira Gandhi Ins­titute of Development Research obs­erves that unlike the confrontations dur­ing the UPA (Chidambaram vs RBI governors D. Subbarao and Y.V. Reddy), relations seem to be cordial between Jaitley and Rajan. “Rajan does not seem to have a confrontational attitude, except airing his independent views, including on political economy, in his lectures. On policy, it is more a natural pull of monetary versus fiscal policies,” states Dev.

Experts say that in the push to a higher growth, both industry and government are ignoring macro-economic issues.

Most economists spoken to feel that Rajan is being “too cautious”, yet say that he has infused confidence among overseas investors. This year has seen record fii inflows into the debt market, which in rupee terms has meant more than the cumulative inflows in all of the previous seven years. Abheek Barua, consultant at economic think-tank ICRIER, has this to say: “The BJP’s economic leadership is mature enough to understand that there is role for criticism”, as also that “Rajan is very important from the foreign investors’ per­­­s­pective; moving him out would send a negative signal”.

Considering the good work done by the RBI under Rajan in stabilising the rupee, sustaining the focus on inflation and pursuing banking reforms, the consensus is that the government can ill-afford to let a person of Rajan’s stature go. Econ­omist Narendar Pani says, “Rajan has his finger on the issues on ground. He recognises that the Indian economy is genuinely globalised and as such you cannot only look at local numbers and decide.”

Several experts feel that, in their bid to rev up the economy to a higher trajectory of growth, both government and industry are not recognising the macro-economics of issues at hand. It is not just interest rates but issues ranging from huge gaps in infrastructure, and costs (of transportation, land acquisition, labour) which get reflected in just how competitive manufacturing is. As Ajit Ranade of the Aditya Birla Group says, “Investment spending is not picking up as required. But to blame it all on the RBI seems far-fetched. Investment decisions are not based solely on interest rates.”

On the need for an interest rate cut, there is both support and criticism of RBI policy. Says Nagesh Kumar, South Asia head of UNESCAP: “The inflation that we have had has been more of a cost-push var­iety. It was not due to overheating of economy, when tightening of monetary policy is a relevant option. Now that inf­l­ation has ebbed, there is room for unwi­nding.” On the other hand, while the dip in global oil prices has favourably impacted the WPI, the CPI does not reflect it as food constitutes a major chunk of it. Over the last decade, food inf­lation has averaged over nine per cent annually.

Despite divergent views betw­een fiscal and monetary objectives, exp­erts ack­nowledge that the gov­ernment seems to be veering towards the Urjit Patel panel report on monetary policy reforms. Discussions on the framework for a new monetary policy by the year-end are in the advanced stages. Once it is ready, the finance ministry and the RBI will sign a formal agreement under which the latter will pursue the retail inf­l­ation target decided by the government.

The issue of greater autonomy for the RBI, a probable source of conflict for long, is also under study. “There is an evolving acceptance that RBI autonomy serves everyone best,” says Chetan Ghate, member, technical advisory committee on monetary policy for the RBI.

In a scenario where the government is not putting undue pressure on the RBI to toe its line, the question is who gains by stirring up talk about Rajan’s imminent exit? Having a central bank chief who commands international res­­p­ect in these unsettled times is more to India’s advantage than relentless corporate babble about lower interest rates. India Inc too has to play its part to build a Make-in-India story.