Portrays the psyche of the Indian Muslim in the changing, increasingly polarised India with war­mth and simplicity 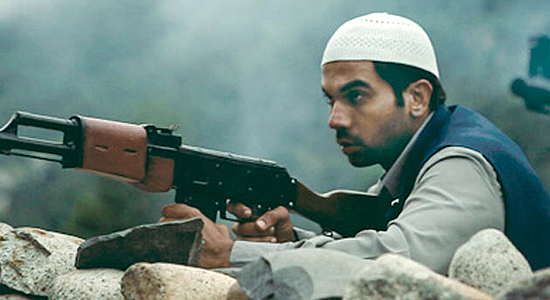 Shahid is a biographical film on a modern-day hero, the activist-lawyer of Mumbai, Shahid Azmi, who was killed while defending Mumbai bombing accused Fahim Ansari. The strength of Shahid is not just in brin­ging us face to face with heroism. It’s in how Mehta captures the psyche of the Indian Muslim in the changing, increasingly polarised India. Shahid’s lower-middle-class Muslim family, its highs and lows, toget­herness and differences, are portrayed with war­mth and simplicity. The film takes us through Sha­hid’s life-altering enc­o­unters with riots, jehadist camps and jail. He reali­ses that only by facing these injustices can he learn to fight for justice, that he can change the system by becoming a part of it. So he studies law to defend those wrongfully accused as “anti-national”. Despite obvious lines like “this country doesn’t care about its minorities” and “ek qaum pis rahi hai”, Mehta’s film rema­ins gentle in its approach. Shahid shows how right casting can enliven a film and introduces  won­d­erful new talent. Like Prabhleen as Shahid’s fiery wife or Baljinder Kaur as his Ammi, Muk­esh Chh­abra as “momos-in-Nepal” witness. Each actor stands out. Be it Raj Kumar Yadav playing the lead role with dignity, or Shalini Vatsa’s fierce  rival lawyer; be it Tigma­nshu packing in a punch as Maqb­ool Memon or Mohd Zeeshan Ayyub as Shahid’s supportive bro­ther who says a lot by just saying “mein thakk gaya hoon, kab sochoon apne baare mein”.