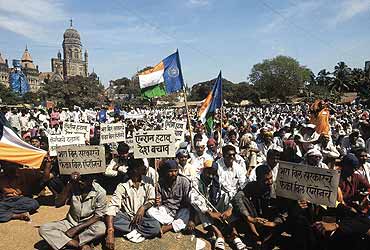 outlookindia.com
-0001-11-30T00:00:00+0553
For Enron India managing director K. Wade Cline, discretion now seems to be the better part of valour. After its long recalcitrant posturing vis-a-vis the Maharashtra government and the Centre over the Dabhol power project, both Enron India and its Houston-based parent corporation seem to have decided that the best way out of this mess is to sell out and quit Indian shores.

Enron of course is not saying that in so many words. All Cline would commit to is a diplomatic "Enron always will consider a legitimate proposal to sell an asset if it makes strategic sense". However, it is no secret that worldwide, Enron is exiting from (has in fact almost wholly exited from) its power, oil and gas businesses. Worldwide Enron Corporation is reinventing itself as an online trading company that transports, manages and delivers (without manufacturing) everything from power, natural gas and coal to pulp and paper. Worldwide ceo Jeffrey Skilling is on record saying that Enron "shouldn't be in there building $2-billion power plants". Dabhol doesn't fit into Enron's strategic plans any more.

Several businesses have already been jettisoned. The Metropolis Gas Project—where the company was supposed to buy gas in bulk, use half for the Dabhol plant and trade the rest—is being shut down. The staff has been asked to go. Enron has also put up its 33 per cent share in the Mukta-Panna oilfields off the Andhra coast for sale. The broadband joint venture it had planned with the Maharashtra State Electricity Board (mseb) is off.

However, in the case of the Dabhol power project, strategic priorities aren't the only reason for Enron to look for a way out. Ironically, Dabhol's end was inherent in the lucrative deal, that Enron had managed to wangle, itself. The project got a corporate tax waiver. Enron was rewarded with a low import duty of 20 per cent against the norm of 53 per cent. But it wanted more. The company's greed made it cut a deal with a 39 per cent internal rate of return, a ludicrously high rate on a project cost of Rs 10,000 crore. Anti-Enron activists allege it was already over-invoiced by up to 100 per cent. Rebecca Mark, the Enron executive who negotiated the deal, received a million-dollar bonus. She has since been sacked.

The economics soon became clear to everyone including Enron. Dabhol's bill to the mseb would be Rs 8,000 crore per year. This was clearly unsustainable. mseb and the people of Maharashtra couldn't pay Rs 5.21 per unit. mseb's total revenues amount to Rs 12,000 crore, of which two-thirds goes towards salaries. The state-owned utility has already accumulated losses of Rs 15,000 crore. Perhaps Enron thought mseb would be able to get its house in order soon to pay its bills. That has not happened. In face of the mseb's inefficiency, there was the guarantee from the Maharashtra state government and the counter-guarantee from the Union government, which has staked all its assets, present and future, including those abroad, save diplomatic and military, as surety for the payments. The Dabhol Power Corporation (dpc) has already invoked the counter-guarantee several times and the Indian government has paid up, but all parties involved know that this can't go on indefinitely.

The dpc has agreed to renegotiate its rates. But the trouble, as cii executive director (power) V. Raghuraman points out, is "even a reduced bill won't work for mseb. The Centre had initially thought that the ntpc could share half the bill but then the corporation will lose its Rs 2,200 crore annual profit.In such a case, the country would be saddled with two terminally ill power corporations instead of one."

Cline has been meeting Shiv Sena supremo Bal Thackeray who blessed the deal in 1996, Maharashtra chief minister Vilasrao Deshmukh, Union power minister Suresh Prabhu and influential members of the nda cabinet, but the results have not been encouraging. And as public anger mounts, one-time politician friends of Enron are distancing themselves from the dpc.

Already, the Maharashtra and Indian governments have started subtle retaliations. Recently, the mseb slapped a Rs 400-crore penalty on the dpc for false declaration of availability of power. According to the contract, the dpc is supposed to make 300 MW of power available in a ramping time of three hours but the company took six. mseb says that dpc's equipment is substandard, hence the delay. This, in mseb's opinion, proves that dpc's declaration of availability was false. Cline, however, argues: "mseb is apparently looking for technicalities and raising frivolous claims in an attempt to avoid payments of amounts legitimately owed to dpc." Ten days later, the Maharashtra Pollution Control Board sent dpc a notice to stop its power plant from testing its Phase II as it hadn't fulfiled environmental criteria. The Union government has also cancelled the dpc's licence for import of naphtha when it came up for renewal and is forcing it to buy from Indian Oil. In addition, the government has levied an additional import duty of Rs 300 crore on the extra re-gassification facility of three million tonnes. The Dabhol project has become a mess that Enron can well do without.

The troika which created dpc—Joseph Sutton, Mark and Sanjay Bhatnagar—are already out of the company. Bhatnagar was first shifted to Singapore to head the company's broadband business for Asia, but he left soon after with the company wishing him "well in his endeavours as he had left to pursue other interests". Post-dpc, Mark was sent off on a suicide mission: to supervise Enron's water project Azurix in China when privatisation of water resources is not moving even in the West. She failed and she was out. More recently, three or four senior managers have been sacked; the office is emptying out.

The Maharashtra government has also set up the Madhav Godbole Committee to negotiate with the dpc, and the committee has clearly called for getting out of the deal.

While one set of analysts argue the validity of dpc's power purchase agreement (ppa) with mseb, another group—led by Pradyuman Kaul, chief of the Enron Virodhi Andolan and power advisor to the Left in the state—has recommended a different norm to value the Dabhol project. Kaul suggests that the committee see dpc as a business model failure, like Hinditron Electronics, Jindal Steel and Essar Steel. In these cases too, the chief promoter was accused by other shareholders and the lending banks of siphoning off funds by over-invoicing the project. Thereafter, the companies in question couldn't sell their products at a profit and continued to make losses. The minority shareholders got together and got their boards to pass resolutions for restructuring of capital which was done by writing down the share values by factors of 10 to 20. Kaul suggests that a similar thing be done with the dpc. After restructuring, Enron should be made to sell its equity at a tenth of its face value which Kaul has worked out to Rs 350 crore. Kaul feels that the $40-billion Enron Corporation can absorb a $0.5 billion loss that neither the mseb nor the state government can. This may also be a strategic stance considering that the other two options—to scrap the deal by declaring it illegal or declaring the contract as unenforceable and invalid and paying the company liquidated damage or true cost of the project—may smell of government high-handedness.

Of course, Enron has no intention of agreeing to this system of valuation. It is determined to sell at the best price it can get and is willing to play hardball.

For instance, the company values its stake in the Panna-Mukta oilfield at $700 million, whereas independent domestic and international agencies peg it at between $250 to 350 million.

Enron has already refused the first right of its partner in the oilfield, Indian Oil Corporation, to buy the former's stakes. It is probably interested in a foreign buyer where it could softsell the Indian issue. According to international energy expert Wood Mackenzie, leading foreign companies interested in the deal include the Shell-Cairns combine, Tullow Oil of the UK and Reliance Petroleum (which is the third partner in the oilfield). There are others like Premier Oil and Petronas who are also studying the deal.

So, who will finally own the Dabhol power plant? Informed circles are currently betting on the Reliance group. Highly placed industry sources say that Reliance has already offered a combined deal of approximately Rs 650-700 crore for Enron's stakes in both Panna-Mukta and the dpc. The offer is being discussed by Enron officials. Officially, Reliance admits its interest only in Panna-Mukta and denies the same for dpc. Says Reliance Industries' president Yogesh Desai: "We're not interested in Dabhol because it does not make any sense now."

But sources disagree. They feel the key to the issue is Reliance's serious interest in oil and gas and power. Sources say: "Reliance will wait for the situation to worsen further so that it can easily offer a combined price. Besides, there are not many other companies seriously interested in both the Enron ventures. Buying Enron's stake will make Reliance the majority shareholder in the offshore venture, and acquiring Enron's stake in the dpc will give them strategic advantage in the Maharashtra power business." The group has a 25 per cent stake in bses Ltd, the power distribution company for Mumbai, and its own power plant will be ready by 2004. If it can buy out Enron cheap, it'll be in an unassailable position.

Meanwhile, the cat-and-mouse game continues. The dpc continues to invoke its guarantee and counter-guarantee every month, the Maharashtra and Union governments continue to put pressure on the company through all available means. The Left parties in the state assembly, accounting for 147 of the 288 seats, are baying for Enron's blood. Says Gopal Dukhande, general secretary, Janata Dal: "The truth has now reached the people." On March 1, 'Enron Hatao Din' was observed statewide. A similar gathering is scheduled at Shivaji Park in Mumbai on April 1. Says Dukhande: "Our endeavour is that such a contract is never ever signed again." The ongoing budget session is dominated by the Enron issue and it seems that everything wrong in the state is being connected to it. The Sharad Pawar-led ncp is an Enron advocate. But the state government now has to clearly decide which one will stay—Maharashtra state or the dpc. The choice, however, is still to be made. 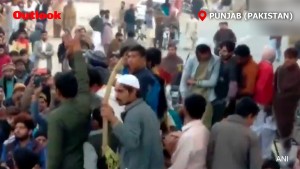 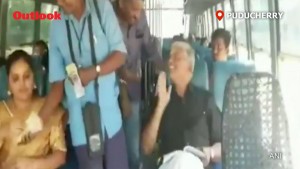 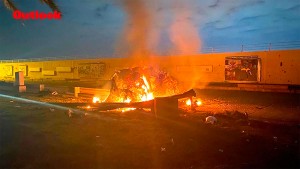