The holder of most batting records is also a passionate lover, follower, thinker and practitioner of the art of bowling 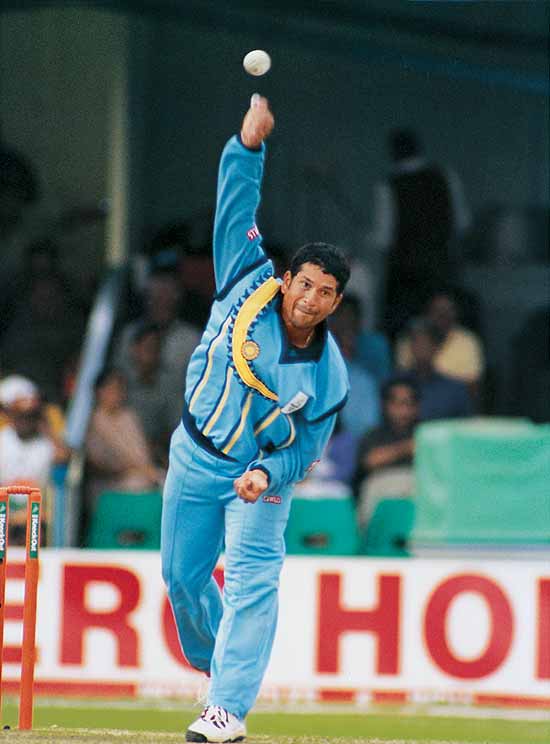 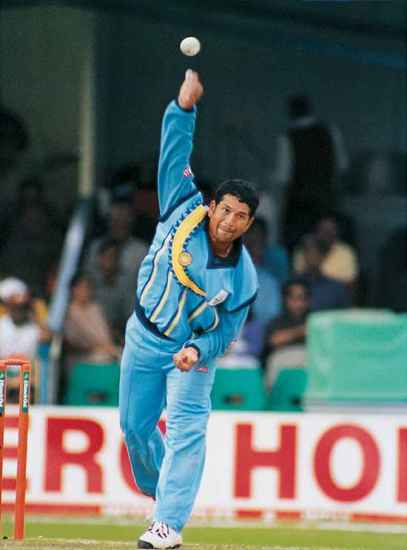 South Africa sent India on a leather hunt in the first Test at Centurion. Mahendra Singh Dhoni had run out of choices and finally tossed the ball to Sachin Tendulkar. To my surprise, Tendulkar decided to bowl his leg-spinners. Of late, Tendulkar does not bowl much and when he does he mostly bowls seam up and off-spinners, but never leg spin.

So it was after a long time that I saw Tendulkar bowl his wrist spinners, which, by common acknowledgment, is a more difficult art than finger spin.

And guess what? Tendulkar landed his first leg-spinner on the perfect spot possible.

Ravi Shastri was in the commentary box when this happened and he too, I could see, was amazed by that and reacted likewise. This reminded me, and I suspect Shastri too, of something that had happened many years back in our playing days. 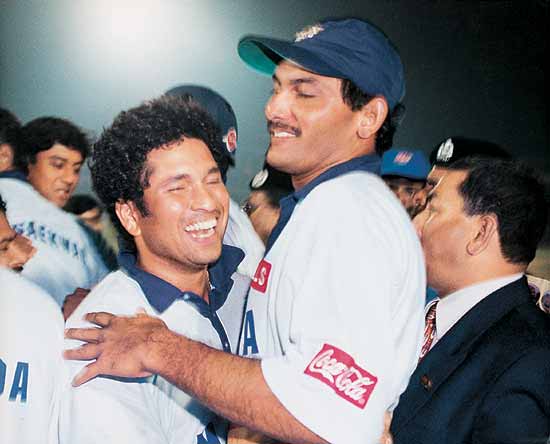 It is an event that Shastri and me often remember when we talk about Tendulkar. Yes, after talking the whole day on television about cricket, commentators often end up talking on the same subject in the evenings. And when the topic is cricket, it is just a matter of time before the conversation gravitates towards Tendulkar.

One incident that comes to mind happened during a Duleep Trophy game in Chennai in the 1990s. Shastri, Tendulkar and myself were part of the West Zone cricket team scheduled to play another zonal team. We were having our usual preparatory net sessions a day before the match at the Chepauk, and had the opportunity to take a good look at the pitch on offer.

As it turned out, one look and it was clear that this was going to be a spinners’ paradise. And as luck would have it, we did not quite have enough spinners in our team, especially a quality off-spinner. What was to be done? Ravi and I talked about the matter, Tendulkar was around too. At one point a soft voice interrupted me and Ravi: “I will bowl my off-spinners”. Both of us were astonished. We well knew by then that we had a cricketing genius in our midst who could do wondrous things with the bat and sometimes with the ball too. But both Ravi and me had never seen Tendulkar bowl off-spinners. And this was not a 50-over game where a decent five-over spell would suffice. This was a five-dayer where a spinner was expected to bowl at least 25 overs in an innings, if not more.

Sachin had never bowled off-spin. That day his mind decided on the job; his body responded accordingly.

In that match, Sachin Tendulkar ended up bowling almost 30 overs of off spin, all with short leg and silly point in close catching positions and we never felt short of a quality off-spinner. I suspect that was the first time Tendulkar had ever bowled off spin in a match at any level. This, his first attempt, came in a vital first-class game and he bowled like a veteran, often overshadowing the seasoned spinner at the other end.

Basically what happened in Chennai that day was that his mind decided that it wanted to bowl off-spinners and his body responded accordingly. Today, that body is much older, but still continues to obey the Tendulkar mind like a minion at whatever it desires in cricket.

That bowling performance is not one of Tendulkar’s significant feats, but both Ravi and I remember such little-known moments when we occasionally sit down and indulge our fascination with this extraordinary cricketer.

I firmly believe that if Sachin were over six feet tall and a little more athletic, he would have been the Gary Sobers of the modern era. In fact, it’s safe to bet that he would have given Sobers a run for his money. Just like Sobers, there is nothing in the game that Tendulkar cannot do well.

Except wicket-keeping, I guess; somehow that aspect of the game never seemed to appeal to him. Tendulkar will rarely be caught standing doing nothing or just watching when cricket is being played around him. He is a batting legend, but I don’t think there are too many great batsmen in the game’s history who have been as interested in bowling as Tendulkar has been.

Trust me, bowling gives Tendulkar as much joy as batting does. You will often see him grab a ball and bowl in the nets the moment he has finished batting.

No one has kept count but I am certain Tendulkar has clocked more hours bowling than batting in the nets. I am guessing that it is only when he found out in his teens that he won’t grow to be significantly taller that he gave up the ambition of being a fast bowler and decided it had to be batting that would take him to cricketing greatness. Even today, Tendulkar gets more excited when he sees a good fast bowling talent than when he sees a special batting talent.

He just cannot hold back when he sees a tall, strapping young fast bowler bowling quick. He will rush to give the kid all the tips possible and share with him all his understandings of seam bowling. 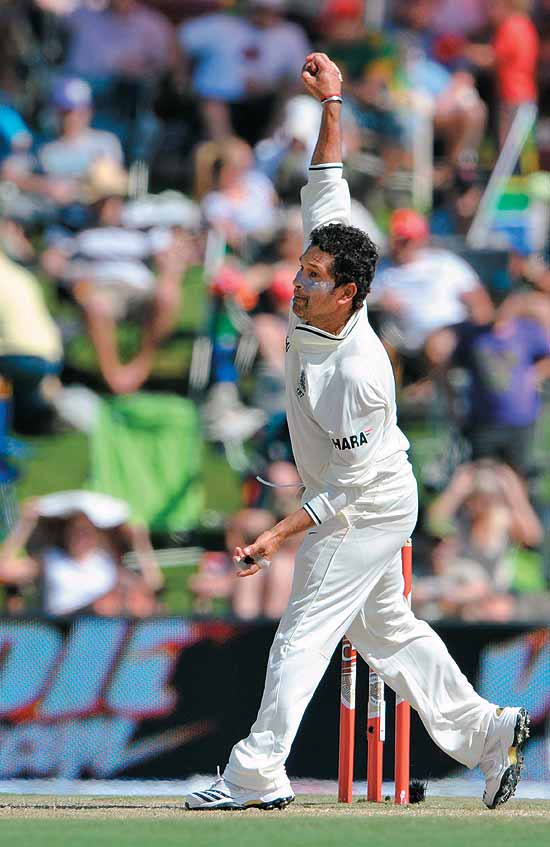 It is safe to say here, his understanding of using the seam of the ball is easily better than most seam bowlers who have played for India.

When I used to captain Mumbai, I had to very tactfully separate Tendulkar from a young fast bowler. This was to ensure that Tendulkar was not sharing too much of his thoughts with the kid as he was about to bowl. Sachin just can’t hold back from giving advice to a young quickie; the problem is his advice is a bit too complex for most. Also, what he has in mind is often impossible for a rookie fast bowler to produce.

I used to feel sorry for him in such situations. It was as if Tendulkar was trying to live his dream of being a great fast bowler through another, more physically gifted, athlete.

The writer, a former Test batsman, is a TV commentator