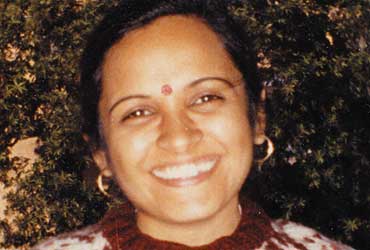 outlookindia.com
-0001-11-30T00:00:00+0553
No matter how many PhDs you’ve earned, telling people you study the effects of marijuana on sexual behaviour will raise eyebrows. "People look at me and say, ‘You get paid to do this?’" says Dr Shaila Mani, a molecular and cellular biologist at Baylor College of Medicine, Houston. "It definitely makes for interesting party conversation."

Of course, one can easily get carried away with exotic laboratory scenarios—dozens of squint-eyed hippies, passing around weed as the good scientist makes her very clinical observations—but that’s not quite the case. The hippies are mice—"I don’t do any human studies"—and there are no joints.

When Mani began her research 10 years ago, everyone was looking at cocaine, so she decided to cover some relatively uncharted territory. "My focus is how dopamine affects steroid hormone receptors," she explains, shortly before zipping off to Sweden to present a paper, "and how it affects different things like sexual behaviour." Often associated with other guilty pleasures such as chocolate, good wine and slow music, dopamine is a nerve transmitter that, when activated, ultimately encourages us to act in naughty ways. What Mani and her colleagues confirmed is the presence of a messenger protein, which they dubbed DARPP-32. This protein is essential to the female sexual response, as it couples dopamine with sex hormones such as progesterone. When stripped of the ability to produce DARPP-32, Mani’s normally frisky rodents turned sexually indifferent and refused to mate.

Her results have caused her to raise questions about the connection between drug use and other behaviour considered risky or deviant, such as sexual promiscuity. "Does marijuana make people more disposed to sex?" she asks. "The question is if this is all genetic or just a case of the environmental impact."

Raised in Andhra Pradesh, Mani went to college at the University of Nagpur and then in Delhi before moving to the US. Her research on darpp-32 has implications for many conditions, including Parkinson’s disease, schizophrenia, attention deficit hyperactivity disorder and, of course, substance abuse, all of which are affected by improper signalling from dopamine. For all the attention she’s received, however, she still encounters resistance from Indians and NRIs. "They kind of blow you off," she says. "There’s definitely an idea that ‘sex’ is kind of a taboo word. ‘Let’s not go into that area.’"

But it’s raised discussion with her own nine-year-old son about sex and drugs. "In western culture, we can sit and talk about these things," she says.