It’s a day for teachers and their students, why should the PM interpose himself? 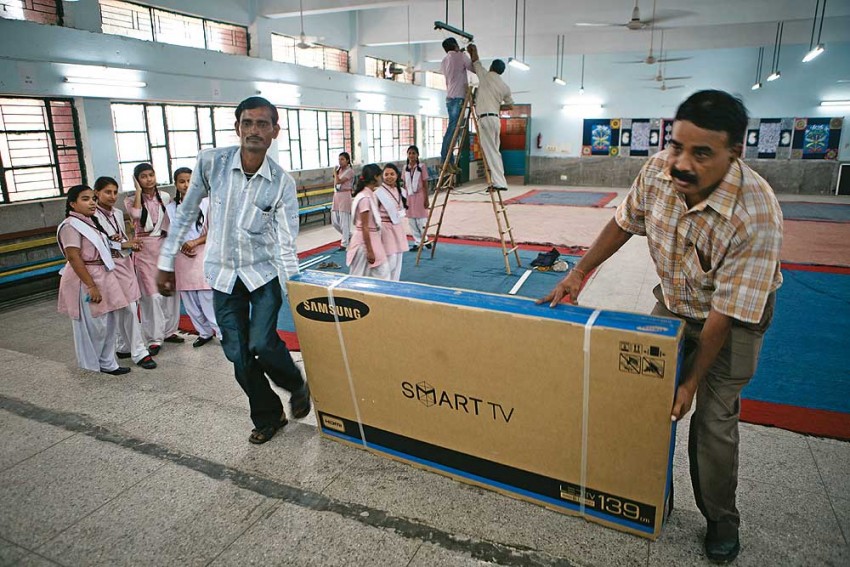 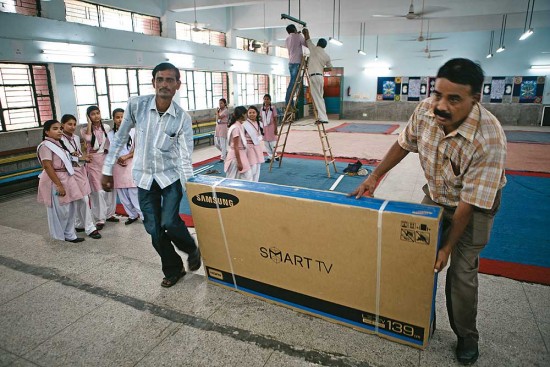 “All schools may make arrangements to assemble students from 2.30 pm to 4.45 pm in order that the children may view the prime minister’s address on TV.... A feedback would be taken immediately after on the number of children and schools who were able to view or listen to (it).”

Even Barack Obama did it. Address schoolchildren in warm, avuncular tones in a speech telecast on a cable TV station and the White House website. Back in September 2009, the US president gave his ‘Back to the School’ speech at Wakefield High School, Arl­ing­ton, Virginia. It was exa­ctly what you’d have expected: an Obam­aesque mixture of light-hearted banter, childhood reminiscence and high-min­ded didacticism. But not everyone was charmed. A volley of criticism came his way—mostly accusing him of “indoctrination”. “If he wants to talk governmental affairs, great. But I don’t want the President trying to raise my kids,” wrote an irate blogger.

Narendra Modi could match Obama in any elocution contest, but this isn’t really about that. Till last year, September 5 was about felicitating your teachers—a rare day off for them. In a reversal of roles, students got a taste of the role and persp­ective of teachers through some half-ser­ious  playacting. It was a day of fun, a preserve of teachers and their wards.

Not anymore. A directive from Smriti Irani’s HRD ministry just took the fun out of Teacher’s Day. All schoolchildren—from Leh to Tamil Nadu and Imphal to Bhuj—were to tune into Modi’s address and interaction. When protests, including about the late hour, rang out—it was amended in an afterthought: only senior kids had to “attend”. Target audience: 18 lakh government and private schools.

Could schools disobey the diktat?

Unlikely. The directive from the nodal ministry left them no choice but to make arrangements for the add­ress, including getting TV sets, set-top boxes, projectors, screens, amplifiers and generator sets/inverters on hire. Schools were directed to log on to the website of the directorate of education (www.edudel.nic.in) to sub­mit details of the numbers who viewed the address. Deviations, it was clear, were to be viewed seriously. Government officials were directed to visit schools falling in their jurisdiction to monitor and ens­ure directions were complied with.

“On what basis is the HRD ministry and the directorate of education mandating schools to comply,” asks Anita Rampal, an educationist at Delhi University. “It is worrying that a day observed by schools according to their traditions is now being controlled by a central ministry.”

Not unless they wanted to take the risk of being singled out. Modi and the party he represents never tire of reminding one and all of the record numbers that ensu­red their victory. This carries within it a not-so-subtle reminder to all to fall in line. Schools like St Mary’s in the capital made arrangements and directed their students to be in school. Teaching time was shifted as per the directive from 1 pm to 5.30 pm. Schools in West Bengal indicated that such an order, passed in haste, could not be implemented due to lack of infrastructure! Schools like Amity Inter­national at Vasundhara, Ghaziabad, UP, welcomed the day. Said principal Sunila Athley, “This is the first time a prime minister is addressing/interacting with schoolchildren and naturally we are looking forward to this. He has addressed bureaucrats, technocrats, the defence forces and now the children will get to interact with the prime minister.”

It would have been ins­tructive to heed an incident that took place many years ago, one which led to a debate on the rights of the child (enshrined in the Constitution and the statute books) and a landmark judgement that preached tolerance. Back in 1985, some Jehovah’s Witnesses children were expelled from a school in Kottayam, Kerala, for refusing to sing the national anthem under the ins­truction of the deputy inspector of schools. A millenarian Christian denomination, the faith proscribes its followers from saluting the national flag or sing the anthem, among other things. Following an appeal, the Supreme Court stepped in and directed the school to readmit the children, with these words, “Our tradition teaches tolerance, our philosophy teaches tolerance and our Constitution practises tolerance, let us not dilute it.”

Was the address really about cultivating a whole new constituency of voters, to catch ’em young perhaps?

Five years down the line, the teenagers will be adults ready to cast their votes. If the address becomes a regular feature of Teacher’s Day year after year, what better initiation ground could you ask for?