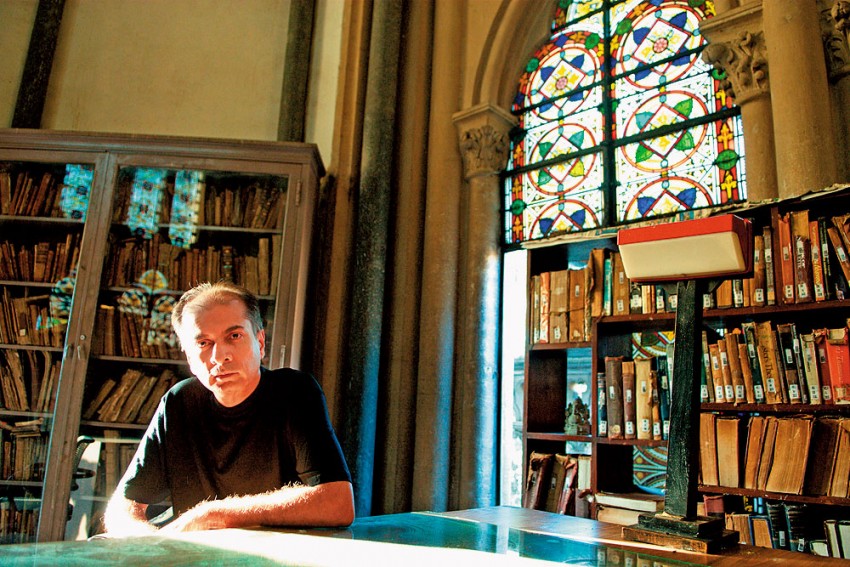 Photo by Alamy
Satish Padmanabhan February 19, 2016 00:00 IST ‘Self-Criticism, And Not Glib Self-Congratulation, Is The Deepest Form Of Patriotism’ 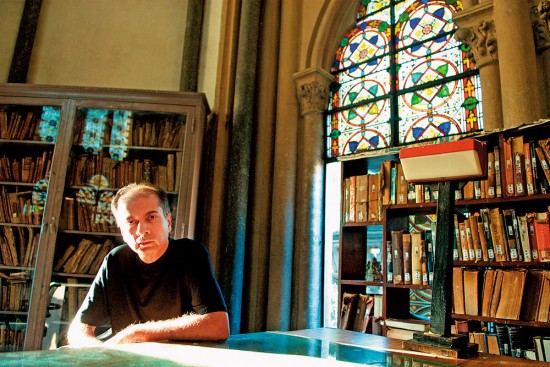 Don’t get me started. It was brutal getting down to 150 figures, let alone the final 50. But as I cut, my compensating hope was to imagine that readers might themselves engage in the choices, and propose alternative selections. That’s essentially how I see Incarnations—as an open invitation to a different kind of conversation about India’s past, and its future.

You have left out many great personalities like Nehru so that other names could be included. Don’t you think a few more like Gandhi, Jinnah, Tagore, the Buddha or Ambedkar, about whom so much has been documented, could have been left out too?

“This is essentially how I see Incarnations—as an invitation to a different kind of conversation about India’s past and its future.”

No, because even in cases when the individual’s barebones image was known, I thought some crucial aspect of his or her life was undervalued. Take Tagore, who today is more known as a mage with long white hair than as a man with imp­ortant ideas. My essay about him, which opens in Washington DC on the day that the US Supreme Court recognised same-sex marriage as legal, delves into his belief in free choice—especially when it comes to love: a surprisingly difficult stance in a rigid, tradition-bound culture. None of the 50 ess­ays in Incarnations are your usual potted biographies, in other words. They all try to hold fascinating figures (some familiar, some not) up to new light.

The tangential introductions, the associations, the depth of research for what are short bio-notes of 50 people is adm­irable. Typically, how would you go about working on each?

I’ve been careful to make sure the essays draw on, and are inspired by, the best, latest, and most rigorous scholarship, but at the same time I didn’t want to burden the arguments and writing with heavy academicism. Against ‘tome-ishness’, I’ve tried to make the essays move quickly and incisively, and leave room for unexpectedness and humour. The individuals I was writing about were anything but dry and boring, so why should accounts of their lives be those things?

The book comes out at a time when some in India want to reduce it to, in your words, “a singular religious concoction”. But do you think these people have the width to understand what you are attempting to show light on?

Granted, our history is a battlefield these days. But I’m not yet ready to concede that people who come to that history with set ideas lack “the width” to engage with the subject more deeply. We all know what’s at stake in how we tell our history. It’s not just a backward-looking exercise. Rather, it defines the kind of present-day politics and values we have, and it has the potential to shape our fut­ure choices. Each essay also incarnates an idea or way of life or experience that might be valuable now, as we figure out not just what sort of place we want India to be, but what sort of world we want India to be helping to create.

Do you think many of the lives you write about—Kabir, Amrita Sher-Gil, Jyotirao Phule—would have been banned, censored or pulped if they were living today?

A great many of the thinkers, artists and social critics I write about kicked against the orthodoxies of their time: against ­accepted beliefs about the caste order, about the character of religion, about the rightful position of women, about the scope of freedom. They got under the skin of their contemporaries, and often incited violent backlashes. Inca­rnations will, I hope, remind us that India was built not by timid conformists or subscribers to orthodoxy. It was built by scra­ppers and rabble-rousers—people who risked a lot to question and overturn the status quo.

There is a raging debate on in India about just or who is anti- national. Would any of the 50 people be booked under sedition charges today?

Certainly they would—and ind­eed many of them were persecuted by the holders of power in their own time. Still, most of them understood something tod­ay’s political leaders would have us forget: that it’s not up to the state—nor the temporary holders of state office—to define Indian nationalism. The deepest form of patrio­tism is clear-headed self-criticism, not glib self-congratulation.

You have pointed out that the reason many in India may know about some of the names in the book is not accidental. It is because who gets remembered, who gets recorded is a political decision. Do you think there is again an attempt to rewrite history and historical figures in India—Nehru, for instance, of whom you are a scholar, doesn’t seem to be the flavour of the season.

“Three candidates who might appear in a book like this fifty years from now? Possibly Amartya Sen, Azim Premji and Arundhati Roy. ”

In every country, particularly every demo­cracy, history is chronically contested: ideological groups want to tame and master the past for their own purposes. Great historical figures are written off, as the actions of other figures get pumped up beyond recognition to massage the political needs of a group or a time. But the Indian pantheon lately feels especially brittle and wooden, especially when considered against the idiosyncratic, flesh-and-blood individuals who constitute it. And then there are extraordinary individuals excluded from the pantheon altogether. One person I write about is Malik Ambar, an Ethiopian shipped to the Deccan as a teenaged slave. A man of remarkable gifts, he rose to be a true power in the region, thwarting the Mughals more than half a century before Shivaji. But how many contemporary schoolchildren know his name, let alone his story? That’s an instance of our history being shaped by deepset racism.

Who all among the 50 (the ones profiled in the book) you wished were alive today to take the country forward?

I don’t really see my book as indulging ­in nostalgia for the great lost dead! It’s up to us, not the ghosts of the past, whether we decide to take the country forward or backward. But I do think many of the men and women I write about are a rich and under-considered historical res­ource as we battle over how to imagine the nation we ultimately want to be.

There are only six women in the book—is it because history has not recorded their role?

One of my criteria in selecting the 50 ­individuals was that they had to be historical (in other words, dead). And there’s far less documentation for historical women’s lives—even royal lives—than for their male  counterparts, which of course is a direct consequence of millennia of Indian gender oppression. So instead of trying to paper over that troubling history, my book included some formidable exceptions, among them Mirabai and the Rani of Jhansi, while also trying to examine across other essays how the condition of Indian women became so bleak. Incarnations is also deeply enriched (in essays on both women and men) by the insights, scholarship and commentary of many living scholars and practitioners who happen to be women. In short, since I couldn’t rewrite India’s distressing history when it comes to gender inequality, I thought I could at least wrestle with its implications in different ways.

M.F. Husain and M.S. Subbulakshmi were amidst us till recently. Of people living now, who do you think may figure in a book like this 50 years from now?

The future always, always surprises us, but to be game, I’ll toss out three plausible candidates: Amartya Sen—the last of the great line of Bengali cosmopolitan polymaths that originates in the late 18th century; Azim Premji, who has not only made a fortune but also, as one of India’s biggest philanthropists, found important ways to give it away, supporting both ­education and independent journalism; and Arundhati Roy, who rejected a gilded career as a celebrated novelist and inv­ested her intellectual and literary muscle in political activism. But one sure thing Indian history teaches us is that it’s entirely reasonable to believe that, right now, individuals in unlikely places are thinking hard about our collective problems and quietly preparing to make innovative contributions—people whose names we don’t yet know.