The SC judgment comes at a time when the armed forces are grappling with a huge number of cases where offi­cers are being prosecuted for “stealing the affections of a brother officer’s wife”—the common euphemism for adultery. 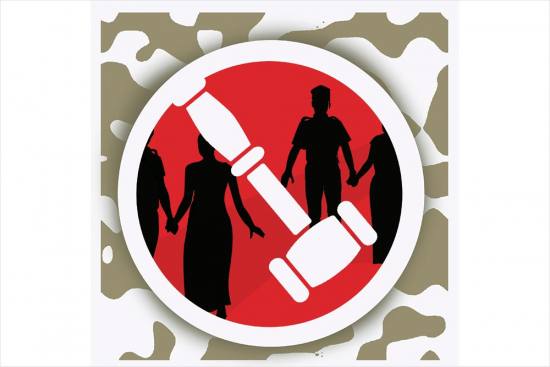 Adultery is no longer a criminal offence, since the Supr­eme Court recently struck down Section 497 of the Indian Penal Code, under which people were prosecuted for the offence since colonial times. Analysts are busy dissecting the judgment, its impact on women and how the draconian law should have been scrapped decades ago, as it has no place in liberal, 21st century India. However, within the sec­luded confines of the nation’s cantonments, the winds of change unl­e­a­shed by the SC are unlikely to make any tangible difference to the long-held, tough stance of the armed forces against marital indiscretions.

The SC judgment comes at a time when the armed forces are grappling with a huge number of cases where offi­cers are being prosecuted for “stealing the affections of a brother officer’s wife”—the common euphemism for adultery. After cowardice, for which the punishment is dismissal or death, moral turpitude is seen as the second most serious offence in the forces. Twice in the last one year, Army chief Gen. Bipin Rawat has warned officers that if there is a proven case of moral failing, the “guilty will not be spared, even if they or their family members go running to higher ups”. The usual plea of relations being ‘consensual’ will not hold water if a brother officer’s wife is involved, he stressed.