Is the current bull run in India being driven by unaccounted wealth? 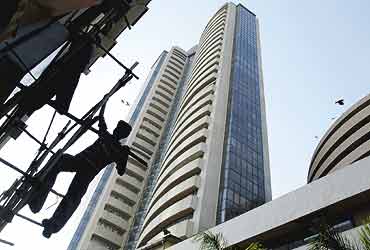 Such conclusions run against the sentiment that the current bull run in India—and other emerging markets—is being driven by clean FII inflows, and that this time it's different from the previous ones, where cartels (headed by brokers like Harshad Mehta or Ketan Parikh) abused the then-existing systems. They also prick a few holes in the theory that the rise of the Sensex and the Nifty is a sustainable one. Finally, they raise doubts about the government statements that there is nothing wrong with the Indian stockmarket.

For now, questions are being raised about FII inflows, especially against participatory notes (PNs), the most popular channel for overseas investments. The 2005 committee said that while PNs comprised 24 per cent (under Rs 21,000 crore) of the net FII inflows in September 2003, the figure zoomed to 46 per cent (over Rs 87,000 crore) in August 2005. Reports suggest that PNs now constitute 52 per cent of the net inflows. Most charges of abuse are targeted against PNs, and the second Tarapore Committee recommended its ban. Even the expert committee advocated its continuance with strict disclosures. But the finance ministry isn't interested in blocking the PN route and various FMs have supported its cause in the last few years.