Search For A Sieve

Amid a rise in TB cases, India’s countermeasures remain smothered in a host of operational issues 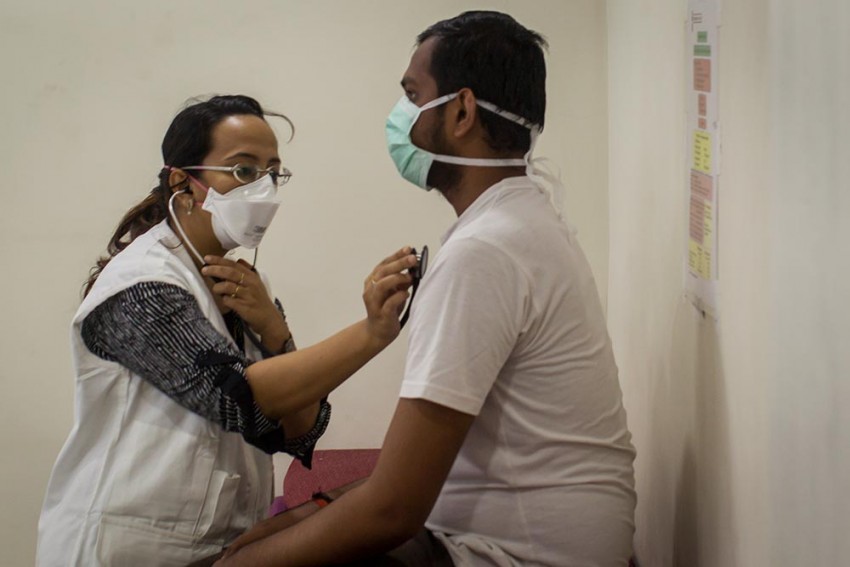 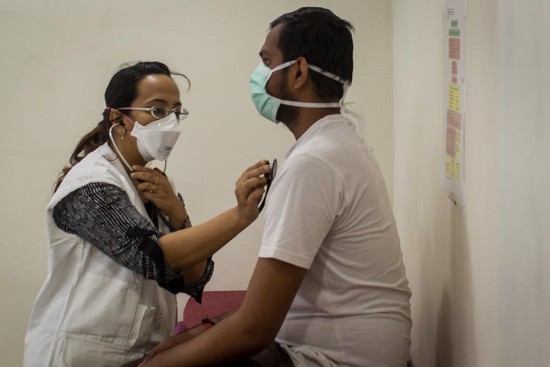 At age 18, she weighed just 24 kg. The Patna girl’s family had been running from pillar to post to find medicines for the disease she was identified with: drug-resistant tuberculosis (DRTB). The heart-rending news caught national attention in end-2016 when her father approached the judiciary, seeking treatment for Aarti (name changed) with medicine to which the government provides conditional acc­ess. Three months later, in March last year, the story had a happy ending. The patient got her drugs after her family settled for an out-of-court settlement.

It was in 2012 that Aarti was diagnosed with advanced-level tuberculosis. It led her family to frantically knock at many hospitals in the country. They finally came to the capital to get access to two new drugs available in the market for treatment. But Aarti was refused the medicine on the grounds that she was not a resident of Delhi, the city where the government had made the medicine available under India’s Revised Natio­nal TB Control Programme (RNTCP). As her condition worsened, the family waged a legal battle for three months with pharma companies and the government. A year thence, the teenager is still fighting hard for life.

A severe lack of medicines for TB is not Aarti’s story alone. India registers 28 lakh new cases of tuberculosis annua­lly and has 27 per cent of TB patients globally. Of this, only about half are treated in public sector hospitals; the poor are at the mercy of local health centres with no proper medication. Last year, the government had announced plans to eradicate tuberculosis by 2025 in the country, five years before the WHO’s deadline. Ambitious, given the whole range of problems.

Firstly, there is a paucity of funds. The current budget allo­cates an additio­nal Rs 600 crore to provide nutritional support to TB patients, but experts find it insufficient. A research paper by two doctors suggests that while the RNTCP is extremely cost-effective, it has struggled to rec­eive funding commensurate with the scale of the epidemic. “According to the WHO esti­mates, India required $788 million (Rs 5,121 crore) to give a full resp­onse to its TB epidemic. However, the current spending on TB prevention and care in India is merely $261 million (Rs 1,697 crore), indicating a gap of 66 per cent,” says the paper by Ranjith Babu and Karuna D. Sagili. India’s current spending already includes a World Bank loan and support from inter­national donors to the tune of Rs 917 crore.  The budget the central tuberculosis division proposed for the impl­ementation of the complete five-year nati­onal action plan was a budget of Rs 5,728 crore, which several experts felt was pathetically low. What the government eventually gran­ted was Rs 4,343 crore.

This lack of funds has resulted in a sev­ere shortage of manpower as well as medicines in rural India, which reports a chunk of the cases. “Although TB knows no boundaries and can affect anyone, it remains largely a poor man’s disease in the country, as it thrieves in the presence of contributory factors such as poor nutrition, overcrowded living conditions, poor sanitation, low awarenewss and limited access to healthcare in general,” says Dr Stobdan Kalon, medical coordinator (India) for Medecins Sans Frontieres (MSF).

“Furthermore multiple factors like easy over the counter access to antibiotics including TB drugs and their indiscriminate use pushed by pharmaceutical companies, weak service delivery system for TB and lack of patient centered models of care, use informal or unqualified care providers healthcare, and inadequate regulations or their enforcement for standards of TB care in the private sector - contribute to fuel the development of DRTB, and the latest national drug resistance survey verifies the massive burden of drug resistant TB in India. This calls for an urgent multi-pronged strategy to address the situation to be in line with the PM’s call for eradicating TB in India by 2015," he adds.

A still extreme case of multi-drug-­resistant TB (MDR-TB), which cannot be treated with the general medication available in the market, hits 6 per cent of all TB patients in India, according to a pioneering national anti-TB drug resistance survey. Percentage-wise, this might seem small, but it means that, annually, 1.68 lakh people have no available form of treatment. Treatment for TB doesn’t show healthy success rate in India. “The treatment success rate among MDR-TB patients is consistently 46 per cent and the death rate is around 20 per cent, as against the global level of treatment success rate of 52 per cent and death rate of 17 per cent,” the survey says.

This number is only multiplying as more and more people seek treatment in unregulated private facilities. India has only 68 testing labs run by the government, whose TB programmes have no means to regulate the private sector’s diagnosis of TB or treatment protocol for patients. “This means that most patients do not get the required level of care and treatment to completely cure the disease because of a lack of direction in taking the course of the medication,” says Leena Menghaney, head of MSF Access Campaign(South Asia).

TB largely remains a poor man’s disease in India, since the causative agents of the disease are poor nutrition and sanitation, besides use of tobacco.
Dr Stobdan Kalon, The medical coordinator for Medecins Sans Frontieres in India

Juxtapose this with the programmes run for HIV in the country, and the problems become more apparent. Incidentally, it is necessary for every individual diagnosed TB-positive to be tested for HIV. If that also tests positive, the person is referred to a counsellor who is in charge of explaining the disease and ens­uring that the regimen assigned to HIV patients is followed. The TB programme, though, suffers from a serious lack of counselling. This results in people not fully understanding the extent of the disease and taking only half the course of the WHO-recommended DOTS. This also means that most patients are unable to deal with the drugs’ side effects that often include deafness, deep depression and physical weakness.

Priyam (name changed), a 50-year-old resident of Delhi, was diagnosed with MDR-TB 17 months ago. She is also HIV-positive and had contracted TB for a second time in her life—for, this time her TB is drug-resistant. The initial symptoms were extreme fatigue and a persistent cough, but none of the five private hospitals she went to was able to diagnose her condition. Finally a test at a hospital in the city concluded that she had MDR-TB. The drugs available are still not effective. Their constant use has pushed her into extreme depression, resu­lting in further weight loss.

The two new drugs—bedaquiline and delamanid—in market for the past two years have shown promising results. This comes after almost 50 years of no new medicines. Both drugs are effective for patients who suffer from DRTB; the side effects are far less. While India’s TB control programme is in the process of introducing the two medicines, it’ll be a while till patients can avail of their benefits. Both drugs are patented in India—bedaquiline by Johnson and Johnson and delamanid by Japan’s Otsuka. A six-month delamanid course will entail an expense of Rs 1 lakh, while it’s Rs 58,000 for bedaquiline for the government.

As of now, India has received 10,000 courses of bedaquiline for free through the US Agency for International Development. The country is expected to get 400 courses of delamanid for free, but is still awaiting this donation. While Aarti was lucky to be able to procure doses of both drugs, the severe dearth, clubbed with the high prices, makes it barely acc­essible to the majority of patients.

This has led activists and civil society to write to the government to provide compulsory licensing under the patents act for the two medicines. That will ent­itle the government to assign generic manu­facturers to produce and sell a paten­ted drug of national health importance. According to a study published in the Journal of Antimicrobial Chemotherapy, the target generic price for a six-month course of bedaquiline and delamanid can be between $48 and $102, and $36 and $96, respectively. The push has forced the government to set up an expert panel even as time is running out: every year, 4.23 lakh die in the country of TB.

An Atrocity On The Law