On the road of the martyrs, people live to die everyday 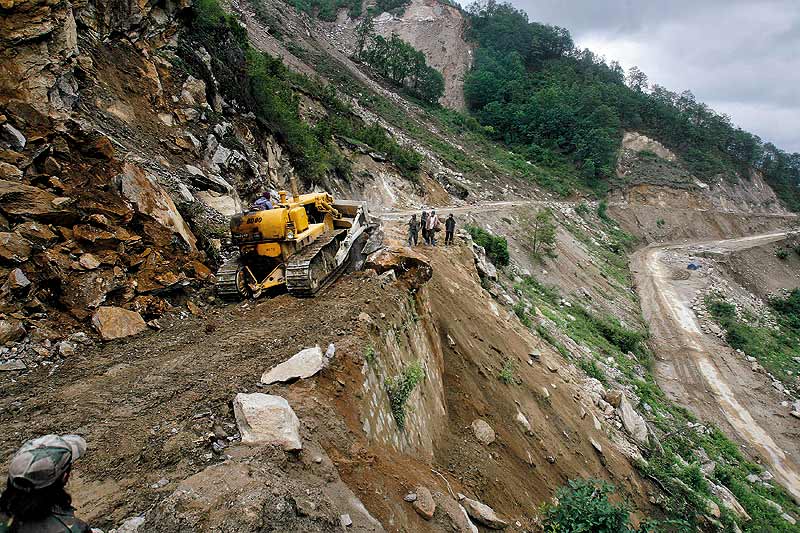 The breathtakingly beautiful 257 km  of highway running all the way from Bhalukpong to Bum La in Arunchal Pradesh, where India shares its border with the People’s Republic of China, is dotted with JCB excavators and other machines, abandoned road-building equipment and condemned vehicles. Workmen break stone for road-metalling and pile it in heaps. Also strung along the highway are posts manned by Border Roads Organisation (BRO) personnel and many key units of the army. NH-13, running from Bhalukpong to Tawang, is the lifeline for not only the defence forces but also the people of the West Kameng and Tawang districts of Arunachal Pradesh. Stationed in the state are at least two divisions—some 50,000 officers and soldiers—of the army.

It was this broken-down highway the Chinese used in the 1962 war to reach all the way down to Tezpur in Assam. This strategic consideration—or compulsion—drove the BRO’s ‘Op Priority Roads’, under which upgradation was taken up in 1999 as Project Vartak. “Strategically, this is one of the most important roads,” says Ajai Shukla, a former colonel, now a defence analyst. “Our supplies are all transported on the same route. Undoubtedly, this is one of our most important  roads.”