Scent Of A Phul Bloom

The BJP may laugh it off. But the reunion of two key UP parties can bolster an anti-Lotus national front. 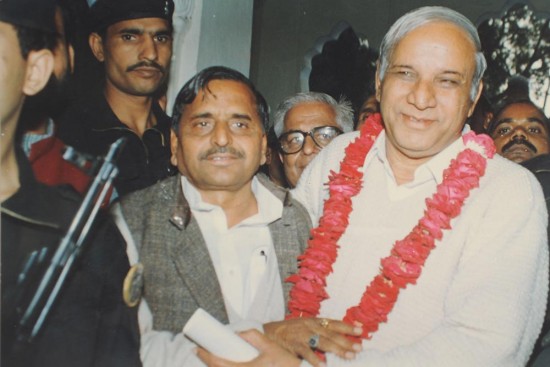 After almost a quarter century, Uttar Pradesh politics is witnessing an almost impossible pheno­menon: the Samajwadi Party and the Bahujan Samaj Party have joined hands in the poll arena. Well known for their political rivalry defined by crude snub and animated contests for 23 years, the two have come together ahead of the March 11 byelections to Gorakhpur and Phulpur parliamentary constituencies. Such has been their enmity that it often seeped into personal level among their leaders and had permeated down to their grassroots cadres and supporters.

Then, recently, BSP supremo Mayawati announced a strategic pact with the SP led by Akhilesh Yadav. Her wordings at a press conference convened to announce it indicates that the relationship will be give-and-take initially. But one can also read in it the future possibilities to grow into an all­iance for the 2019 general elections. For now, it’s a limited-­purpose agreement with a short-term goal. One, of course, is to win the two Lok Sabha seats. The other is a tacit quid pro quo: the BSP aspires for the Samajwadi’s support in the April Rajya Sabha elections, while the SP is keen to mobilise support for the state MLC polls slated for this June.