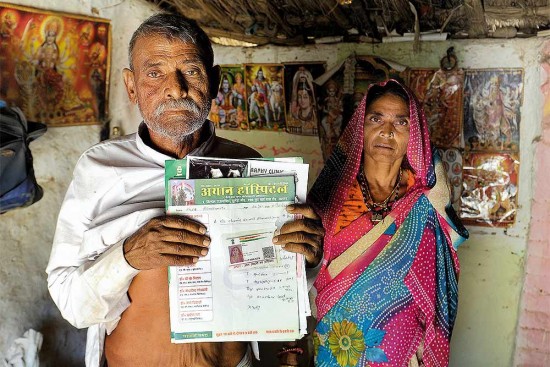 It’s evening in Karni colony, Jaipur—the sun is finally threatening to set. Govind, 30, is trying to quell the agitation welling up inside him, but in vain. The 8x8 ft rented room, with a sparse attached kitchen, costs him Rs 6,000 a month. Medicines are arr­anged neatly on a concrete slab, perhaps to soak up blessings from the gods they share the slab with. His sister and he have been praying. On one side, their mother Yashoda Devi lies motionless on a metal cot—her eyes open, a cooler easing her discomfort. A pipe runs up one of her nostrils, one down her throat. She has stopped speaking.

Yashoda Devi has been here since her discharge from hospital in March. In January, Govind’s mother fell unconscious—her sugar levels had fallen to 45 mg/dL. Her medical report mentions she suffered from ‘Post Hypoglycemic Encephalopathy’. 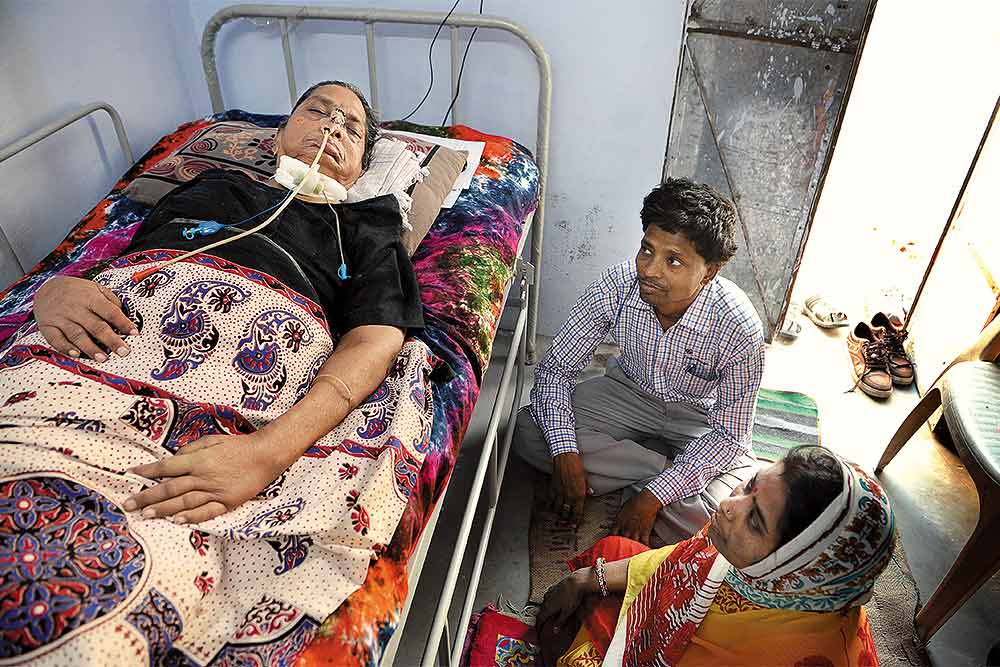 A very ill Yashoda Devi with her son Govind and daughter. She was put in the ICU till her BSBY money ran out, he alleges.

Govind works in a cloth shop in Churu, in the Shekhawati region, where doctors advised him to take the patient to Jaipur or Bikaner. On January 13, he took her to Jaipur, over 200 km away. (His sister and his mother’s niece live there.) Doctors at the Sawai Man Singh (SMS) Medical College couldn’t admit Yashoda Devi, but said she needed an ICU.

Govind says he went to Apex Hospital next, where doctors refused to admit her under the Bhamashah Swasthya Bima Yojana (BSBY), despite him carrying a card. The scheme, launched in 2015, aims to provide free, cashless healthcare via Aadhaar for BPL families. “They finally...