The apex court’s verdict on Section 377 is poised to bring tectonic shifts in Indian society, but subtly 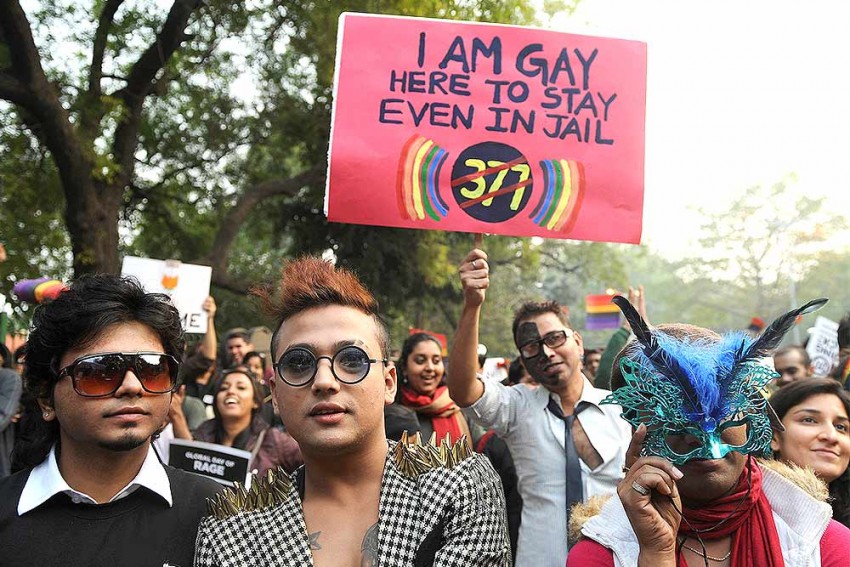 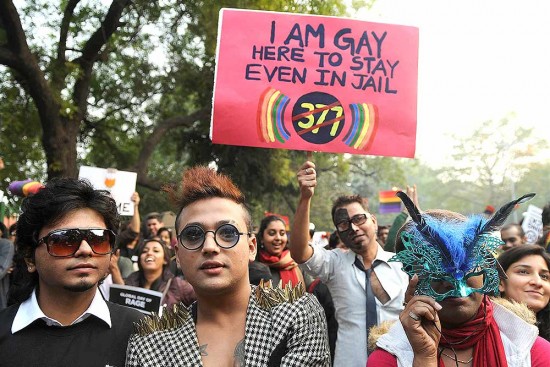 This fortnight-long pause must feel like an endless period of waiting for India’s lesbian, gay, bisexual, transgender and queer (LGBTQ) community—nothing short of a cusp moment in their history. The Supreme Court has just finished hearing a batch of petitions asking for Section 377 of the Indian Penal Code (IPC) to be “read down”. LGBTQ groups are waiting to find out if the court will hold that consensual same-sex intercourse is legal. If this happens, LGBTQs will have won the right to seek legal recourse against everyday oppression and form associations to raise grievances. As Section 377 makes all homosexual acts illegal, these rights are at present denied to LGBTQ persons.

The line of questioning adopted by the judges while hearing the case has left LGBTQ activists sanguine. For instance, Justice Rohinton Nariman noted that the court will “not wait for majoritarian governments to enact or delete” laws that violate fundamental rights, while Jus­tice D.Y. Chandrachud said that if same-sex intercourse is decriminalised under Section 377 on constitutional grounds, many other civil rights would necessarily flow to LGBTQ persons.

As a result, there are cautious whispers within (and outside) LGBTQ groups that the future may bring more than just the right to consensual sexual activity of one’s choice within bedrooms. Though the Supreme Court had in 2013 struck down the 2009 Delhi High Court’s “reading down” of Section 377, its landmark privacy judgment of August 2017, inter alia, opined against Section 377. This May, the apex court also put its stamp of app­roval on live-in relationships. A convergence of tangentially related events seems to have created an enabling atmosphere of legal thinking that favours a certain liberalism, but will that extend to conferring on LGBTQs the same legal rights as live-in heterosexual couples?

LGBTQ groups are not pressing hard for a public debate on this aspect as they know civil rights—such as the right to marry, bequeath and inherit property, adopt children, or care for sick or infirm partners—will bring the conservative and liberal sections of society at loggerheads. They are also aware that, globally, LGBTQs got such civil rights piecemeal wherever laws were liberalised. 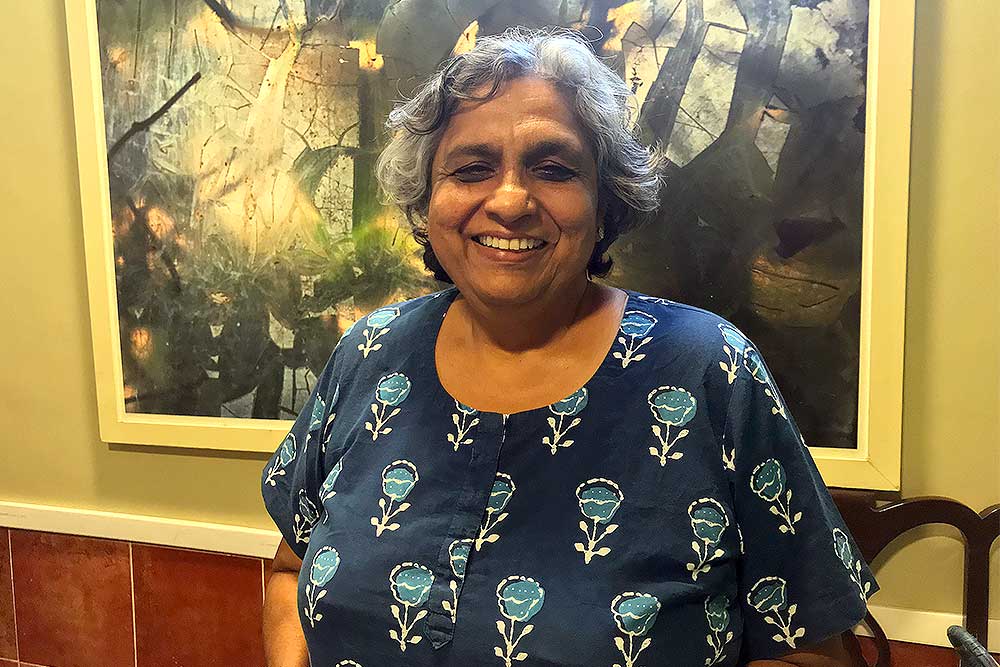 “How will we justify denying basic rights to a section of citizens­ when our Constitution is based on equality?” asks Naz Foundation’s A. Gopalan.

“The floodgates will open for other rights, hopefully, but right now it’s fingers crossed just to move away from LGBTQ laws that are similar to UAE, Pakistan, Bangladesh or Saudi Arabia,” says Anjali Gopalan, who runs Naz Foundation, an NGO that works on HIV/AIDS and sexual health. “If same-sex intercourse is decri­minalised for consenting adults, more people will come out as gay. In future, how will we justify denying basic rights to a section of citizens when our Con­stitution is based on equality?”

The Centre seems keen on a certain inc­rementalism. In its affidavit to the Supreme Court, it has left it to the “wisdom of the court” to interpret Section 377, but declared it would oppose the examination of “any other question” except the section’s constitutional validity as it rel­ates to consensual acts of adults in private—that is, it would oppose any discussion on giving LGBTQ persons “any other rights” beyond decriminalisation.

Apparently, the government doesn’t wish to be seen as an obstruction to private sexual freedom for LGBTQs despite being wary of conferring on them the ent­ire gamut of rights in the public arena. “Even those opposed to decriminalisation focus far too much on sexual matters,” says Sunil Mehra, a petitioner in the ongoing case. “For those of us who are gay and reaching a certain age, other life questions take precedence—inheritance, right to care for partners during exigencies, right to travel together as partners—these are taken for granted by heterosexuals, not us.” During emergencies, ill health or death of a partner, blood relatives get legal rights, not gay partners. “Families take over situations and cause tremendous distress, so it’s not just a sexual matter—but we understand change is slow,” he says.

The current petitioners are asking for the right to ‘sexual autonomy’ and the right to choose their partner, citing the equality clause of the Constitution. “Sexual autonomy is not about sex or how you literally have sex,” says a lawyer for the appellants, who spoke on condition of anonymity. “The Shakti Vahini case on khaps opposing same-gotra marriages or the Hadiya case were not about how you have sex, but about choice of partner and sexual autonomy.”

Seen in this light, the government affidavit perhaps reflects the clash between Indian society’s conservative moorings—sections that are likely to be the votebank of the ruling BJP—and the more liberal sections. In fact, few political parties other than the Left have spoken out in support of those who practise homosexuality. This, however, is changing. Now the Congress supports decriminalisation and same-sex marriage and AAP supports decriminalisation, but most others are silent. This is why activists pick the incremental app­roach. “Once you remove the tag of crime, I think the LGBTQ movement will kick in,” says legal expert Upendra Baxi. “Also, the Centre is simply asserting its right in its affidavit, since Parliament has all the powers to enact a law.”

Baxi expects important issues like housing, marriage and adoption to reach the courts on a case-by-case basis, depending on what the Supreme Court decides on Section 377. “Custodians of tradition, from all streams, feel the tradition will die if the law is amended, and politicians have to win elections. The gains of the women’s movement were also incremental. Still, it’s up to the court to send the matter of other rights to the legislature or give imm­ediate directions as it did in the NALSA (National Legal Services Authority) vs Union of India case,” he says.

Chayanika Shah, who works for LABIA, a queer feminist LGBTQ collective in Mumbai, disagrees with the incremental approach. “It does not need to be stepwise,” she says. “So far, certain sexual acts—and not people—were criminalised.” Hence, Section 377 has a chilling effect that deters people from asserting their civil rights. “Their rights within their relationships ought to be protected. We expect the court to say their rights have been violated and they have been discriminated against—the court should do what it did for trans people in the NALSA case,” she adds.

According to Manoj V. George, an advocate who represented two Christian organisations against decri­minalisation in the Supreme Court, “the other side wants more than reading down Section 377”. “They want all civil rights—marriage, property, adoption—which Indian society is not ready for,” he argues. “The Union of India’s stand did us a great disservice. If they didn’t want to defend their own law in court, they should have scrapped it.”

There is another perspective that hasn’t got a hearing yet. Many feminists say marriage, as imagined by heterosexual couples, need not be the model for LGBTQ partners. Even while acknowledging that the right to marriage should exist for all, and that scores of legal rights and privileges flow from marriage—from inheritance to insurance policies, joint accounts and investments—the critique centres around reading marriage as an essentially conservative, heteronormative institution. They say the family model closes off imagining new kinds of support structures.

“Our demand, as people who don’t want to enter into family through marriage, is to be able to appoint a person or two as legal representatives, someone who takes charge when I’m unable,” says Shah. “As queer people, we don’t want only natal family, but choice in what ‘family’ means.” This means a lot for trans people, in particular. India allows gender self-identification today. Hence, a person assigned the male gender at birth who later becomes a woman, and has a child from her marriage—the law is unclear on the status of such marriages and offspring. “People in such situations are too afraid to ask what the legal status is, because they don’t know how the state will react,” says Shah. “That is why you need to make the laws equal.”

(This article first appeared in July 30, 2018 issue of Outlook magazine.)