The laddoo took to electoral politics like duck to water. 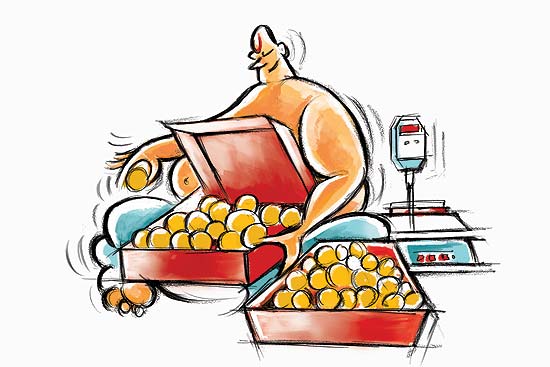 I am a humble vendor of laddoos but why can’t I aspire for glory? No, I don’t think my name is too long. It had to pay tributes to those who helped me establish my flourishing business. Very soon, we shall  announce our public issue and enter the share market in a big way with Sallu Amma Satyam Tirupati Laddoowala (SAST for short) brand laddoos. The religious head office is Tirupati but most of the commercial offices are located in Mumbai, Chennai and Bangalore. All these cities were recently in the news and that is why our branches and brand name will be focused on these.

Call it luck, call it business acumen. In business we have to strike while the iron is hot. I don’t have to tell my countrymen that all kinds of celebrations in our country are somehow or the other associated with the famous sweet ‘laddoo’. To start with, divine association helped us. One of the holiest of holy shrines, Tirupati came to be associated with the laddoo and since then there was no stopping our progress. Millions of pilgrims, both male and female, climbed hundreds of stone steps to reach the shrine, sacrificed their good looks by getting their ‘crowns of glory’ shaven off. They did this willingly and discovered that many of their wishes were fulfilled.

The Tirupati shrine became famous, so did its favourite ‘prasadam’, the big-sized ‘laddoos’. It became a major money maker, mentioned as much in the business dailies as in cookery magazines and religious texts. Nothing would mar its popularity as a divine offering. Even the best laddoo-making chefs did not come anywhere near its taste, sweetness, fragrance and long shelf life. No wonder it became a ‘prime prasadam’ to Lord Venkateswara, matching the popularity of the Palani Panchamrit.

So much about its history. We started with a small sweet shop in Lucknow, focusing on north Indian sweets. Seeking variety, my grandparents began to try out the ladddoo which soon became our top-selling sweet. Anyone wishing divine help and intervention promised and offered hundreds and even thousands of laddoos. And note this down. Though sizes may change, the laddoo’s flavour, taste and easy-to-handle nature never does. That’s why it’s distributed not only as the ideal prasadam but also at temple festivals, rituals and as a popular snack.

The laddoo became so popular so quickly because it could be adapted to any situation. From prasadam to politics, box office hits to boring lectures, hen parties to holy rituals...the laddoo took to electoral politics like duck to water. With elections at various levels from sessions court to the Supreme Court both parties celebrated results with laddoos. Be it Salman Khan, Jayalalitha and the AIADMK, Sahara and the bail crisis, nothing has closure without the ‘laddoo’.