An extremely well-crafted and engrossing film, the best to have come out of The Factory in a long while. 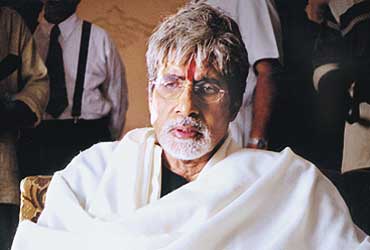 Sarkar comes riding on huge audience expectations. The last of the RGV mafia trilogy follows the footsteps of its much celebrated predecessors—Satya and Company. After the fun and games in Bunty Aur Babli, it's a more dramatic coming together of the Bachchan father-son. It also marks the realisation of a personal ambition of RGV —combining Coppola's Godfather with the life of Bal Thackeray. On all these counts Sarkar could seem disappointing. It's not as moving as Satya nor is it as path-breaking as Company. The histrionic battle of the Bachchans is nice but not earth-shattering. The Thackeray connection is more oblique. And Godfather? Not a patch, definitely not as novel a take as Vishal Bhardwaj's Maqbool.

But one can't overlook the fact that Sarkar is an extremely well-crafted and engrossing film, the best to have come out of The Factory in a long while. The strength lies in the way the story has been told and the uniformly competent performances. Subhash Nagre, aka Sarkar (Big B), is the extra-constitutional ruler of Mumbai, a modern-day Robin Hood. But some rules are defined even in his illegal world which upsets some of his lieutenants and his rebellious elder son Vishnu (Kay Kay). As the disgruntled elements plan a coup, it's Sarkar's younger son (Abhishek) who foils their attempt and takes over the mantle of Sarkar from his father. Most scenes are like a boxing punch—crisp, economical but power-packed. RGV keeps the dialogues to the minimum and makes the actors rely on the power of expression. So you have Amitabh, a rare mainstream actor who understands the use of his eyes, face and silences. But it's Abhishek who works even better with close-ups and steals the show from his dad. Watch out for the scene where he tells Big B about having killed his brother. The feelings of guilt, self-loathing, helplessness and loss play out wonderfully on his face and are quietly reciprocated by the pain and pathos on Big B. Kay Kay, at his manic, debauched best, completes the triumvirate.

But there's a sense of déjà vu that hangs heavy on the film. A majority of the cast, apart from the lead, is much the same as in the other recent Factory films, making it seem as if they've just walked from one film set into another. Sarkar would have had a greater impact if RGV hadn't turned crime into a formula.