Next in line in Baba Ramdev’s swadeshi substitutes is a ‘modest’ pair of jeans. 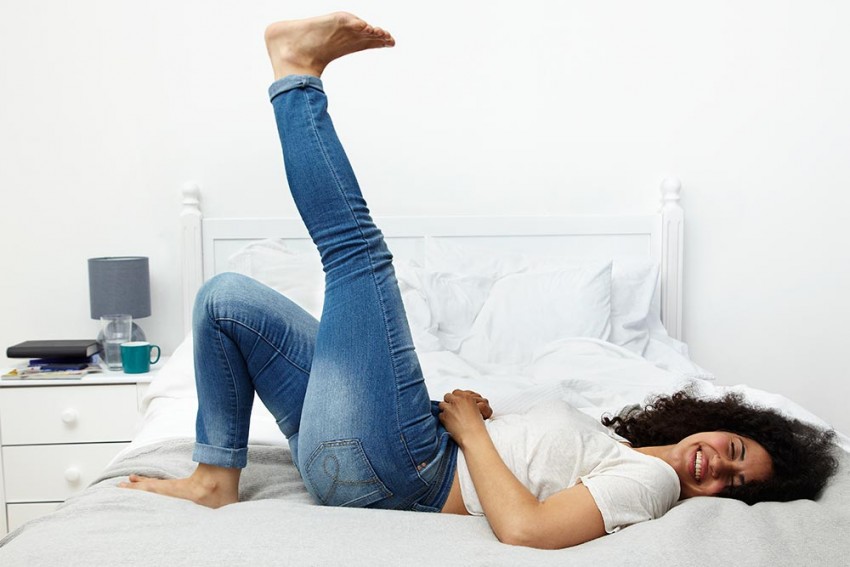 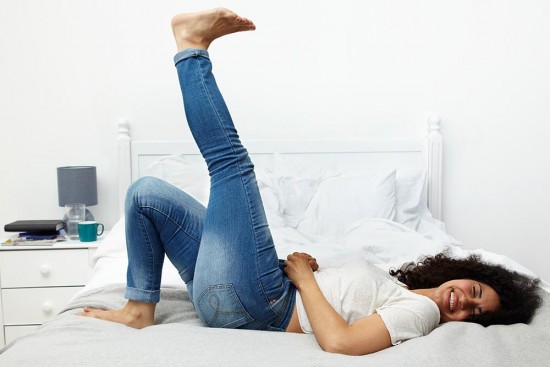 These days, when it is fashionable to wear your nationalism on­ your sleeve, the newest accessory of swadeshi sentiment is evidently also ano­ther wearable commodity. And it comes in ‘satvik’ colours, in designs that are tailored to protect the modesty of its wearers, unlike those skin-tight Western apparel that are calculated to ­inflame the worst passion of our desi boys. Soon at a store near you: Baba Ramdev certified, Patanjali Jeans.

After threatening FMCG giants like Hindustan Lever, ITC and Nestle with homegrown noodles, biscuits, juices, spices, cereals and a hundred other consumables, Ramdev’s business empire is readying to take on Levi’s and Lee with a new line of fashion wear with a decidedly homegrown twist. “The line of jeans is our effort to ­reclaim the Rs 2 lakh-crore that is spent in the jeans industry across the globe, 90 per cent of which is made in India,” says Baba Ramdev’s spokesperson, S.K. Tijarawala. According to a report by Teknopak, which monitors many industries, including denims, the Indian market for the cloth is pegged at nearly Rs 18,000 crore, of which only 25 per cent is accounted for by local jeans brands. “We are all swadeshi jeans brands,” says Kavindra Mishra, CEO, Pepe Jeans. “All our raw material is from the country, the labour is local, and production in-house too,” he adds. India makes one billion metres of denim each year, and ­almost all Indian jeans companies can lay claim to the ‘swadeshi’ tag with equal, or more, legitimacy.

“This is false marketing, ­attempts at hardsell in order to make the customer believe that something is unique when, in fact, it has existed for years.”
Sunil Sethi, President, Fashion Design Council of India

What then makes the claim of Patanjali jeans, as exclusively swadeshi viable? “It is just Baba Ramdev’s style of marketing,” says Rajesh Dudeja, founder of the Denim Club of India, and Handloom Denim, an eco-friendly, handcrafted, denim initiative. “It is Patanjali’s go-to marketing strategy. Their ‘country-rooted’ products idea has worked for them always, so why would they go another way with this?” reasons Jasmeher Singh, CEO and founder of the fashion brand Dank.

But Tijarawala rubbishes these claims of made-in-India by other Indian brands. “If there is such a large local jeans industry, why are the cotton farmers still dying and in dire poverty?” he asks.  He says the reasons for this are the long line of predatory middlemen who eat away the farmer’s profit, and the blinkered brand-loyalty of the Western-ind­o­ctrinated Indian youth, which does not allow them to look beyond the 10 or so international “brands” that are considered acceptable. “All the rest of Indian brands are considered ‘local’,” he adds. And so the aim of Patanjali jeans is to, well, take the pants off of these MNCs. Its ad campaign will educate the youth about the goodness of swadeshi and the evil empire the foreign brands have managed to build in the country. They will fight the big brands on quality products at affordable prices. “What will set Patanjali jeans apart is their superior quality and comfort—‘fully cotton’ jeans,” says Tijarawala. 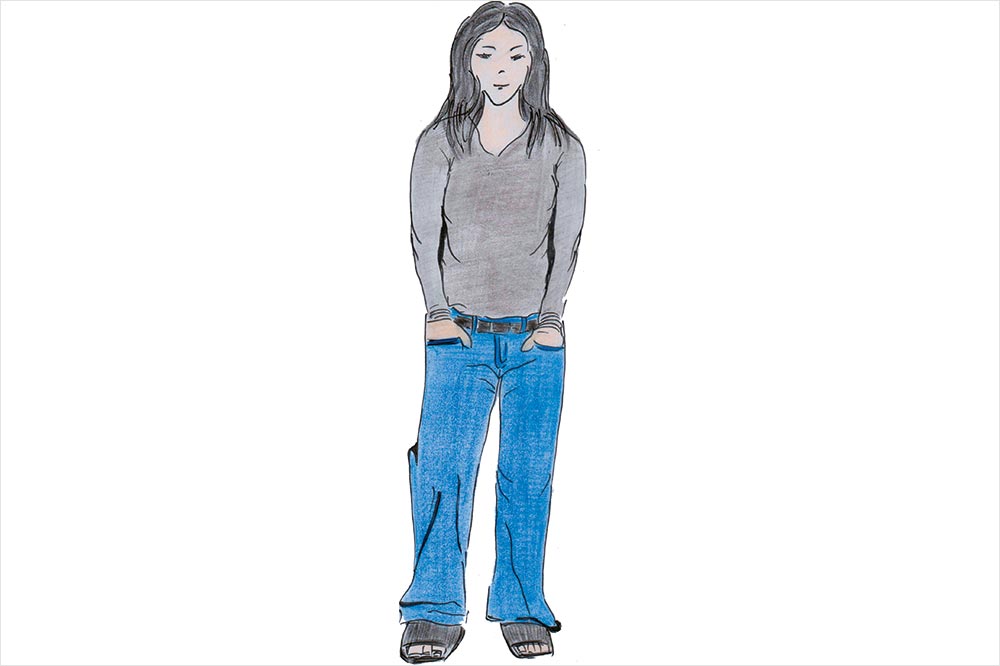 “But isn’t everything that can really be called denim essentially cotton?” asks Dudeja. Yes, says Sunil Sethi of the Fashion Design Council of India, who organises the Wills Fashion Week in Delhi. “These are all ways of false marketing, attempts at hardsell in order to make the customer believe that something is unique when in fact it has existed for years,” he says.

“Unless Patanjali wants to add a layer to its ‘cotton’ claim and say organic or ayurvedic cotton. Customers who do not know much about denim could fall for something like this,” says Rasna Bhasin, a fashion blogger. Prem Gupta, CEO of Miracle Lifestyle Limited, the first indigenous producers of the women’s jeans collection ‘Jealous’ agrees. “About 80 per cent of jeans produced are purely cotton. Unless, of course, they are the stretchy kinds, which use Lycra in the weave to offer a good fit,” he says.

“We are all swadeshi jeans brands. All our raw material is from the country, the ­labour is local and the ­production is in-house too.”
Kavindra Mishra, CEO, Pepe Jeans

In fact, it is this stretchy quality of the fitted jeans that is the focus of unflattering, ‘culture-centric’ attention for the promoters of the Patanjali brand of jeans. “Fitted trousers for women are not part of our cultural sensibilities, and do not suit the modesty of Indian women,” says Tijarawala. In order to better protect the modesty of Indian women, Patanjali jeans will be loose-fitting and “comfortable,” assures Tija­rawala. But designers say choices like how tight or loose one’s jeans should be are best left to the customer, male or female. “A woman’s body should not be politicised, and no one should have the right to tell them what to wear,” says designer David Abraham. Gupta agrees: “Comfort and culture are subjective notions,” he says.  Shani Him­anshu, a designer associated with two denim fashion brands—11.11, known for its khadi denim, with natural dye, and Korra, for its sustainable use of raw materials—too believes that while comfort is important, what qualifies as comfortable is best left to individual choice. “Puritanical thoughts like that of the minds behind the Patanjali brand will never connect with the youth,” says Singh. The young fashion entrepreneur goes so far as to say that Patanjali will never make it in the fashion industry with this regressive view of culture and modesty. “Which girl will actually consider buying a brand that stands for these values?” wonders Bhasin. 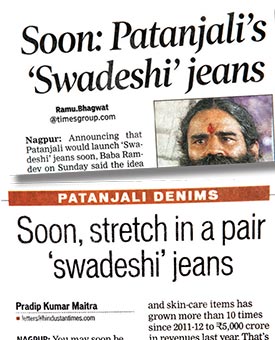 This scepticism over the Patanjali denim’s capacity to survive in the fashion world is something many ­industry insiders have in common. “Patanjali jeans will never be able to dictate in fashion and style, or even make a dent,” says Sethi. Both Singh and Bhasin agree. “With their singular idea of what might be jeans, how can they even be part of an industry where fashion lines change with every season?” is the common refrain. Singh points out that the dynamics of the fashion industry are very different from the FMCG industry, a distinction that he feels the Patanjali brand may not be adequately sensitive to. It would, for instance, be hard to imagine the Patanjali brand understanding the denim gown that Carolina Herrera made for the Spring-Summer 2017 collection at the New York Fashion Week.

“It’s about making a western concept, now part of everyday life, our own. The jeans will be loose-fitting to protect the modesty of Indian women.”
S.K. Tijarawala, Baba Ramdev’s spokesperson

Many industry experts, therefore, believe it is not the fashion crowd that is Patanjali’s customer target. “For Patanjali to emulate the jeans at the higher price point is going to be difficult, but if they are trying to reach the customers at low prices, there is a definite market there,” says Dudeja. “We make two million jeans every year, which are relatively more ­affordable than international brands, but if they do a cheap pair, even their pure cotton marketing may sell, since there’s nothing like it,” says Gupta. Even Sethi feels Patanjali jeans will sell. “Their distribution pattern is the key to their success,” he says. Small shops, across the country, have ens­ured good brand reach. “And although it is difficult to visualise Baba Ramdev in a pair of jeans, the fact that he is an effective brand ambassador for Patanjali, who is widely recognised—not least for his television appearances—across India, will help in the marketing,” he adds.

Even so, the odds of commercial success appear to be heavily weighted against Baba Ramdev’s new venture. “There are flaws in the idea itself. It’s like someone threw an idea at a meeting, and they went with it without adequate application of mind,” says Dudeja. But given that the denim industry is poised, by the estimates of a Teknopak report, to grow at 15 per cent a year, it’s likely that everyone will get a share of the market—even Patanjali—although for now it doesn’t even figure as a competitor on the ­radars of established players. “Their venture into the jeans market is not something that causes trepidation among the manufacturers, because it doesn’t feel ­impactful enough,” says Gupta. Patanj­ali’s foray into desi jeans will take a couple of years as it wants to get the market research and dealer networks sewed up before launching. Enough time for the other players to plot their advertising and marketing strategy.