Projects that don’t exist, repeat expenditure on ones that do. MPLADS is a free fund for our MPs. 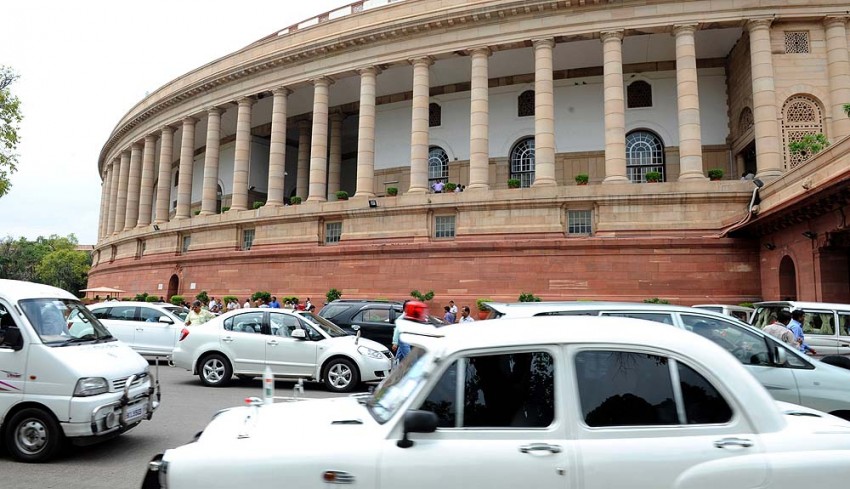 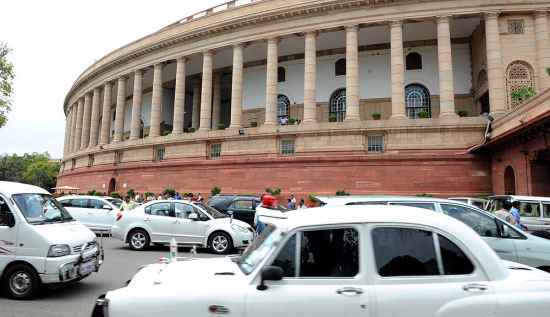 Public Money Private Agenda The Use And Abuse Of MPLADS
By A. Surya Prakash
Published by Rupa | Pages: 287 | Rs 395

Over the years, Indian MPs have become a pampered lot. Although the need for an enforceable code of conduct for MPs was felt six decades ago, Parliament never got down to drafting and enforcing such a code and to lay down an ethical framework for the conduct of parliamentarians. However, there was no such lethargy when it came to expanding the privileges of MPs.

Anxious to keep MPs happy, every government has done its bit to widen their perks and privileges. The launch of MPLADS and the increase in the annual allocation per MP from Rs 1 crore to Rs 5 crore is probably the most obvious example of how MPs are pampered. However, there would be less criticism of schemes of this kind if only there was even a quarter of this enthusiasm to enforce ethics. Parliamentarians fail to realise that the credibility of Parliament remains intact only when privileges and ethics are seen as two sides of the same coin. While they clamour for more privileges, their hackles are raised when people demand that the concept of accountability ought to keep pace with the burgeoning privileges of MPs.

The chairman and members of the Lok Sabha committee on MPLADS seem to get all worked up about what they perceive to be a downgrading of their role by the government. However, they bec­­ome tongue-tied when presented with data which shows their colleagues in poor light. This attitude of the committee is truly worrisome now that around Rs 4,000 crore will be allocated to this scheme annually from fiscal 2011-12.

Here are some examples of violation of guidelines by MPs (and the kind of projects they sanctioned), about which the committee makes no observation although its report lists them all: ‘Assets’ allegedly created under the scheme which “could not be traced” by the surveyors; construction of community halls etc within religious places in gross violation of guidelines; construction of shopping complexes to promote private enterprise; diversion of computers bought for schools to commercial enterprises; supply of computers to private educational institutions; community centres built with MPLADS funds being commercially let out by the beneficiary agencies; and repeat expenditure on a length of road via MPLADS after the very same contract for the same stretch has been “executed” under mlalads—a similar constituency development scheme for state legislators.

Here are the details: NABCONS (Nabard Con­sul­tancy Services) reported that a sum of Rs 25 lakh was sanctioned from the MPLADS fund for the construction of a “women’s maternity shed” at Thongkhong, Lakshmi Bazaar, in Imphal West district, Manipur. A library costing Rs 5 lakh was sanctioned in the same district at Langol as also a road branching off from NH 39 for Rs 4 lakh. The surveyors could not trace any of these assets!

Similarly, in Sikkim (East district), two sanctio­ned projects—the improvement of a link road at Lingdum and the construction of a playground and fencing at Cheda School, Deorali—“could not be located by the study team as also by the official of the rural management and development department”.

One is reminded of the ugly nexus between the politician, the bureaucrat and the contractor in implementing drou­ght relief programmes when one sees the report of the NABCONS surveyors from Manipur, Sikkim and the Agra district of Uttar Pradesh. The surveyors inspected a 2.6 km road from Gadi Ramsukh to the house of the village’s ‘Pramukhji’.

The first question that arises is why public money is being spent to build a road right up to the house of the village headman. But this is a minor infringement compared to the more serious issue—possibly one of fraud—which is at hand. The surveyors found that this road had already been constructed with the MPLADS fund. Now, it was being taken up once again for “upgradation”.

The surveyors also inspected a 1.15 km road from Nagla Badli towards Dayalbagh in the same district. During 2001-02, a sum of Rs 9.03 lakh was spent from MPLADS for the upg­radation of the road from earth work to soiling. However, the very next year, in 2002-03, the same road was further “upgraded” at a cost of Rs 9.32 lakh with MPLADS funds.

Equally serious is the finding by surveyors that in Haridwar district, Uttarakhand; Rohtak district, Haryana; and Ranchi district, Jharkhand, several crores of rupees have been spent from MPLADS funds to promote the interests of private trusts and societies or NGOs. The most shocking case detected by surveyors relates to Haridwar district where 18 works costing Rs 2.4 crore were allocated to a single NGO called Delta Development Agency. This constitutes a gross violation of the guidelines, which clearly prohibit repeated grant of contracts to private agencies.

The report from Rohtak is that as many as nine projects have been funded via MPLADS for just one organisation—the Aurobindo Institute of Indian Culture—which is a trust. These nine projects involved a financial sanction of Rs 1.29 crore between March 1999 and July 2003. This is extraordinary because the guidelines at that time did not permit allocation of MPLADS funds to societies, trusts and NGOs. Further, even though such allocations were permitted later, the guidelines stipulated that the investment in a trust or society can be done only for a single project, not exceeding Rs 25 lakh. Finally, even more shocking was the report of the surveyors that although a sum of Rs 1.29 crore had been invested in a single institution obviously run by individuals, “no inspection had been done by the district authority”.

Another case of a similar nature was reported by the surveyors from the Ranchi district of Jharkhand where they found that a sum of Rs 53.89 lakh had been spent on four works for a single trust called the Purshree Trust.

Spending MPLADS funds—which is public money—on religious places is a complete taboo as far as the guidelines are concerned. But, going by the sample survey, this is observed more in the breach. The surveyors found a number of cases of violation of guidelines in regard to non-investment of funds in religious places in the state of Goa. In South Goa district, they found seven MPLADS schemes—construction of community halls—within or near religious places. Most of these violations related to religious places in Quepem, Gogal and Ponda.

Similar violations were noticed in Aurangabad district, Maharashtra. The surveyors found four cases wherein these funds were used to build what are described as “cultural halls” in lands belonging to temple trusts. In Ahmednagar district in the same state, the surveyors said they found cultural halls being constructed near temples “or temples were constructed inside community halls”. 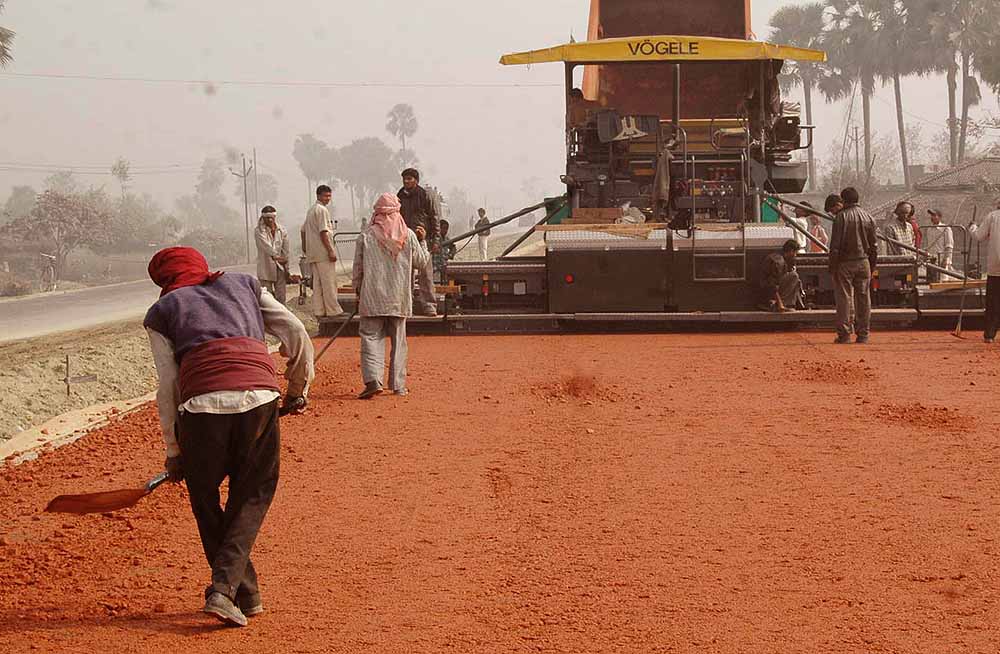 It’s not unusual to have repeat expenditure on a length of road via MPLADS after the contract has already been executed under MLALADS.

Misuse of MPLADS money to promote private enterprise or commercial activity of organisations is an equally serious violation of the guidelines, but it appears to be happening on a scale that should cause worry for all those who hold public money in a trust. Here are some disturbing examples, apart from the glaring misuse of these funds to promote privately owned trusts. In the Jorhat district of Assam, these funds are used to renovate a college hostel and a principal’s room and to provide marble flooring in a building; community halls are constructed in two religious places; some works meant for public use remain locked up and a public facility is being used for a commercial purpose; in Gaya district, Bihar, these funds are used to build a hall for a Bar Association (which is prohibited by the guidelines). In Goa, the surveyors found private coaching classes being conducted in a gymnasium built with these funds. Similarly, a public health centre built for the Lions Club in Marmagoa has been rented out to a medical general practitioner. In Rewa district, Madhya Pradesh, a sum of Rs 6.1 lakh was spent on an X-ray machine given to the president of a privately owned medical facility. In Bhopal district in the same state, a sum of Rs 7 lakh each was spent on creation of two buildings in hospitals, but the surveyors doubted whether these buildings were available to people free of charge. In one instance, they found the hospital staff were staying in the building.

In Shimla district, Himachal Pradesh, a multi-purpose complex was constructed at a cost of Rs 3 lakh and handed over to some private business people for profit. This complex now works as a business hub.

The surveyors found that the computers purchased with MPLADS funds for two private schools had been diverted for commercial use by the managements of these institutions. In Aurangabad district of Maharashtra, a concrete road was constructed at Pratapnagar exclusively for the benefit of a private housing colony. Also, the road was built on privately owned land, the ownership of which is under dispute.

Surveyors found that a huge sum of money—Rs 63 lakh—was spent to construct a commercial market complex at Khumbong in Imphal West district of Manipur and another sum of Rs 24 lakh was sanctioned for a working women’s hostel, which is actually a commercial establishment.

Instances of investment in shopping complexes were also found in Kilchettipattu and three other villages in Thiruvannamalai district of Tamil Nadu.

MPLADS funds were used to build what is called a mathematical lab in a private school in Kurukshetra district, Haryana, and to construct a room for the Kashyap Rajput Sabha, which is obviously a caste association.

Lawyers seem to have considerable influence on MPs and often get parliamentarians to put in MPLADS money to build their association premises. This happens in many parts of the country and results in regular violation of the guidelines, which clearly state that these funds should not be used to benefit organisations of professionals or such closed groups or to build assets that are not open to the general public. Field reports from Ghaziabad in UP indicate that a 600 square foot hall has been built using these funds for the Bar Association of Ghaziabad to accommodate lawyers, who use the premises for their offices.

In the same state, in Bareilly, a Bar Association building has been constructed with MPLADS funds and the same is used by lawyers to set up their offices.

Likewise, the lawyers of Bijapur coaxed their MP to part with some funds to build the Lawyers’ Association building, which is naturally meant for lawyers only. A community hall was built in Vadukuppam in Ariakuppam block (Tamil Nadu). The project was completed on August 28, 2006, but it had not been opened to public because it was “awaiting inauguration by the MP”. Similarly, a community hall in Ramji Nagar in the same block was of “no use” to the people, because “it had not been formally inaugurated”. Is there no limit to the self-importance of public representatives?

The random sampling of MPLADS works by NABCONS shows that there is a gross violation of the guidelines in many cases. If MPs and bureaucrats are allowed to get away with this, the loss to the public exchequer is certain to be substantial since the annual allocation for the scheme has been raised by 150 per cent.

(The author is a senior journalist and fellow, Vivekanand International Foundation.)

More from A. Surya Prakash