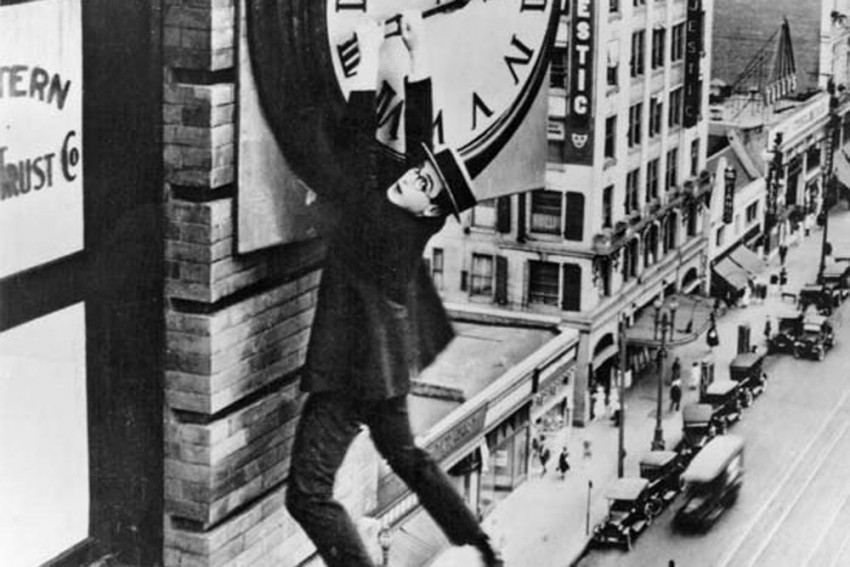 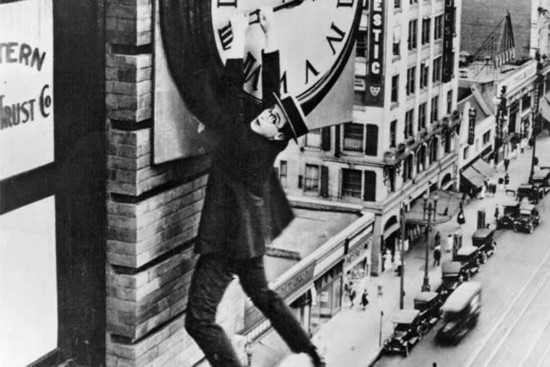 From the silent era, the comedy Safety Last stars one of the greatest artistes of the time aside from Charlie Chaplin and Buster Keaton—Harold Lloyd. The showman endeared himself to a generation with his bumbling yet res­ourceful go-getting characters that brought the screen alive. The film is based around the travails of a man who makes his way to the city, only to be chewed up and almost spat out. One of its iconic scenes being the image of Lloyd clutching on to the hands of a large clock on a skyscraper, dangling while overlooking the traffic below. This, despite having lost a thumb and a forefinger while executing another stunt for an earlier film. The set was built atop a nine-storey building at 908 S. Broadway, where the film’s closing scene too was shot. Decades later, Kung Fu star Jackie Chan would pay tribute to it in a seq­uence from his 1983 film, Project A. Martin Scorcese too shows a clip from the film in his 2011 multiple Oscar-winning venture Hugo, repri­sing the set piece with the boy who lived inside a stationin 3-D splendour.