The original baddie, Pran the actor got free rein later on 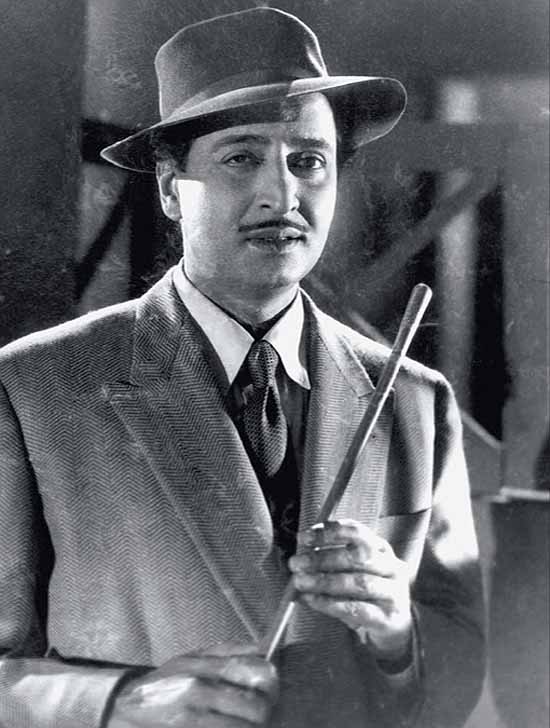 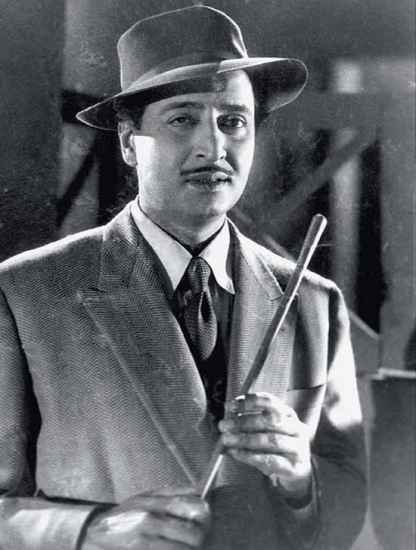 A journey to redemption makes for a compelling narrative. No wonder, in many Bollywood-obsessed families, Pran’s legendary onscreen transformation, from a villain to a good man, has often been recounted with much righteousness and an accompanying sense of relief at the restoration of the moral order. As the physically challenged war veteran Malang Chacha in Upkar (1967), Pran embodied the essential code underlying Manoj Kumar’s film: Jai Jawan Jai Kisan. He lip-synced to the mel­ancholic Manna Dey song, Kasme vaade pyaar wafa sab, and made the audience weep buckets. It was as though the countrywide flood of tears forgave him his earlier sins and trespasses.

But the man who dominated for over two decades as a villain, who defined the ‘bad man’ in the popular imagination before the Gabbars, Shakaals and Mogambos took over, also played a loverboy in his early years. His first film as a romantic hero happened to be Khandaan, back in 1942, with the famous singer-actress Noor Jehan. Pran’s villainy spanned the 1950s and ’60s. He was the man who mattered the most in the industry other than the triumvirate of heroes, Dilip-Dev-Raj. What’s more, he even outlasted them and carried on successfully into the Shammi Kapoor-Raj­endra Kumar and later the Rajesh Khanna and Amitabh Bachchan eras.

His villainy was one of a kind. He was not camp like Ajit, nor repugnant in the way a Prem Chopra could be. He wasn’t unmitigated evil like Amjad Khan or Amrish Puri either. It was matter of fact, a part and parcel of life; bad had to be there because there was good.

Pran took forward the style and sophistication of K.N. Singh and added his own personal touch—though it ran through the routine of elaborate get-ups and disguises, voice modulations, cigarette smoke rings and props like hip flasks. He evolved his own leery way to deliver catchphrases like “Barkhurdar” or classic lines like “Is ilaaqe mein naye aaye ho sahab? Varna Sher Khan ko kaun nahin jaanta.” He shaved his mou­stache for the role of Halaku (1956) to sport a thin, drooping moustache of a Mongol warlord. Not only did he speak Hindi with a Nepali accent in Kasauti (1974), he even borrowed a khukri from his Nepali neighbour. He copied Mujibur Rehman’s waistcoat, wig and glasses for Jugnu (1973).

Three of his most memorable villains were the rowdy Raka in Jis Desh Main Ganga Behti Hai (1960), the whip-cracking Gajendra in Ram Aur Shyam (1967) and the ruthless, lascivious Ugranarayan in Bimal Roy’s Madhumati (1958). It’s an oft-repeated story of how he was so dreaded in his days of infamy that people stopped naming their babies Pran. There’s a nod to it in a lovely sequence in Hrishikesh Mukherjee’s Guddi (1971) where Pran plays himself. On the film sets he is shown large-heartedly giving away his watch to hero Dhar­mendra, thereby teaching a star-struck, film-obs­essed Jaya Bachchan (and the audience) that the guy who plays a villain on screen could well have a heart of gold, that the image is never for real. For me, Pran also carried within him the rea­s­surance of a protective elderly figure. Perh­aps because by the time I took to Bollywood he had already crossed over to the side of good or was tilting towards it. The films that followed Upkar had Pran don many-splendoured avatars under the overarching tag of ‘character artiste’. Like Sher Khan in Zanjeer (1973) who gives up his gambling dens to turn an auto mechanic at the hero’s behest. Or Johnny Mera Naam (1970) where he turns out to be the prodigal brother of the hero who eventually returns to the family fold.

Pran displayed his funny bone in Victoria No. 203 (1972) in the company of close friend Ashok Kumar. They were a hoot together in Chori Mera Kaam (1975) and Raja Aur Rana (1984) where Pran sang and danced dressed up as a woman. Incidentally, the first ever role Pran played, before he took to films, was that of Sita in a local Ramlila in Shimla with another villain, Madan Puri, playing Ram. Pran also played a corpse with delightful stiffness in the riotous Sadhu Aur Shaitaan (1968), much before Satish Shah made it into an iconic act in Jaane Bhi Do Yaaro (1983).

Bad boys normally don’t get to sing in Bollywood. Pran did. He even had a riotous qawwali duel with Bindu, Raaz ki baat keh doon, in Dharma (1973). And he didn’t just lip-sync. He was the off-tune, braying voice in the Hemant Kumar-Geeta Dutt song Dil ki umange hain jawaan in Munimji (1955). All of us have a favourite Pran. Mine was Rai Saab, the Indian Captain Von Trapp, in Gulzar’s Parichay (1972). As a disciplinarian who can’t communicate with his orphaned grandkids, Pran was at his nuanced best, the conflicts written in the lines of his face and his tremulous voice. Pran was a popular villain alright. But more than that a very versatile actor.

Don’t Bank On That Idea