The Centre’s attempt to amend the Constitution is disgraceful 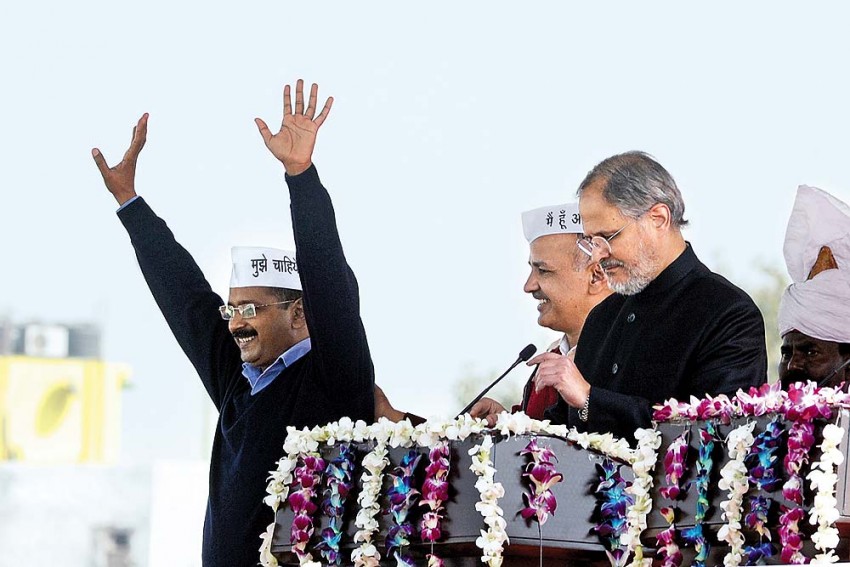 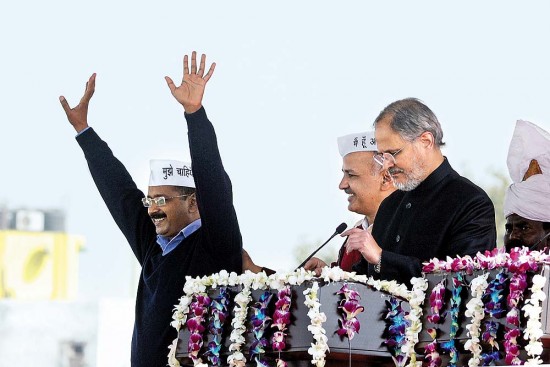 The heat and dust over the appointment of the chief secretary in Delhi raises two important—and related—issues. First, the nature of relationship between chief minister and the lieutenant-governor with regard to non-reserved subjects. The second, which is even more fundamental, is the manner and method of amendment of a constitutional provision by the Centre.

On May 15, Lieutenant-Governor Najeeb Jung appointed Shakuntala Gamlin as chief secretary of Delhi despite the CM expressing strong reservations. Jung issued an order dir­ecting the Principal Secretary Services, governm­ent of Delhi, to appoint Gamlin. The AAP government cla­imed that the lieutenant-governor cannot byp­ass the elected government, as doing so would be in con­travent­ion of Article 239AA of the constitution.

Clause 4 of Article 239AA further mandates that there shall be a council of ministers to aid and advise the lieutenant-governor in exercise of his functions with respect to which the legislative assembly has the power to make laws. It further provides that the lieutenant-governor can act in his discretion only in relation to matters over which the legislative assembly has no powers to make laws.

India’s Constitution has adopted a parliamentary system of democracy. The Supreme Court has consistently held that in India as in England, the executive has to act subject to the control of the legislature. The president and the governors have been made formal heads of the executive and real executive powers are vested in the ministers of the cabinet.

The lieutenant-governor of Delhi thus wears two hats, one as the head of the executive in relation to matters over which the legislative assembly has power to make laws. In this capacity he can only function as a formal or constitutional head and is bound by advice offered by the council of ministers. His  second role pertains to the reserved subjects, namely public order, police and land (entries 1, 2 and 18 of the state list). With regard to these the L-G acts on the directions of the Centre, in his capacity as administrator. The council of ministers cannot interfere with the functioning of the L-G in respect of reserved subjects.

It is clear on reading the Constitution that the curtailment of powers of Delhi’s ministers can exist in regard to these three entries only. Appointment of the chief secretary can be covered by none of this triad: public order, police or land. The confusion seems to have been created deliberately by the central government to embarrass and obs­truct the functioning of the government. The reason is not far to seek. After having suffered a humiliating defeat at the hands of an upstart party, the Centre chose this unconstitutional method to rub their nose on the ground.

The second act of the central gov­ernment is indefensible. It does not even admit of any argu­m­ent, ambiguity or confusion. There is not even a fig leaf to cover their act of amending the Constitution by a mere notification. Article 368 of the Cons­titution vests the power of amendment of the Constitution on Parliament and prescribes a detailed procedure for it. Apart from that, a constitutional bench of the SC has further limited the power of amendment even by Parliament with regard to the basic str­ucture of the constitution. Democratic governance is the most fundamental structure of the Constitution and yet the Centre not only chose to negate the democratic structure but also chose an administrative procedure to amend the Constitution.

To my utter shock, the notification dated May 21 added a fourth exclusion to the three exclusions enumerated in the Constitution. This fourth new exclusion, termed as ‘services’, is added to clause 3 of Article 239AA by a mere notification. The acts of the Centre suggest its autocratic, dictatorial and undemocratic streak. They are not only high-handed and a crude attempt to derail democracy, but is a denial of democracy to the people of Delhi.

(Senior advocate of the Supreme Court, K.T.S. Tulsi is a member of the Rajya Sabha)

Queen Of An Empty Vessel