The ordeal of teaching etiquette to Indian business delegations and political groups is finally getting to me. 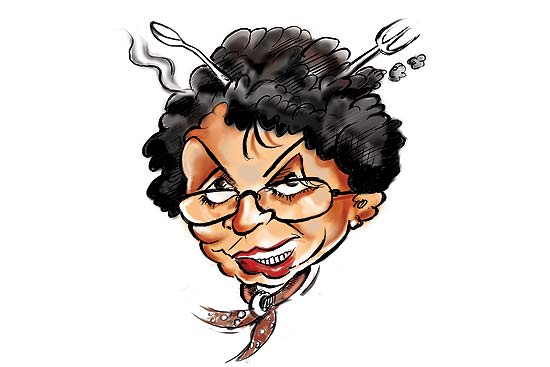 Phew! I can stretch myself a bit, clear the throat softly and take one-and-a-half sips of Tuscany champagne. Playing ‘The  Buckingham Secret’ was not easy, having to whisper so many secrets to the courtiers on how to react to the royal family’s new addition and at the same time coaching the royals how to curtsy in front of the new princess.

Thank God, the Camerons may come and go but the British aristocracy goes on for ever. I learnt from my friends in Bombay (mind you, it’s not ‘Mumbai’ to the royals, including me) who told me I speak better English than my English friends, in the matter of crossing the t’s and dotting the i’s. More than the British royals, the Indian corporates are keen to learn from me how to speak, read, write and, more important, master table manners, how actually pretending to eat while not eating anything at all. In the play, Death of a Salesman, the hero salesman did not die of a heart attack but out of starvation after being taught table manners from me in “not eating while pretending to eat”. This course costs Rs 50,000 and is reserved for corporate heads with big appetites.

Mind you, etiquette and fashion dining are not easy to learn. The ‘fat boy’ of Gujarat politics was so astonished with the array of cutlery on the table he called for his super boss to show him the dining table had enough sharp weapons to start Godhra II. I took a selfie with him and the fat boy joked that the mild breeze could blow me off my feet but that he would save me! Indian diners question the need for so many cutlery pieces. “How can you eat ‘undhiyo’ with the spoons, forks and the rest of the cutlery pieces?” the Gujarati fine diners ask. Looks like they have to learn a lot.

Narendrabhai does not eat much, his last trip to the US was named in ‘culinary circles’ as ‘The Fasting Banquet’ though he quickly learnt that the art of consuming soup was neither gurgling, nor gulping nor spreading it on saucers and slurping the contents without much noise or wetting the whiskers. Do not talk much while at a state banquet. There can be too much of yakking over lamb casserole, pork belly sausages and so on. It is difficult to teach average Indians western table manners or Japanese tea-drinking details. The cups are so small, the tea had to be sipped delicately in small quantities not poured on saucers and slurped. The ordeal of teaching etiquette to Indian business delegations and political groups is finally getting to me. I mean, much more difficult than playing moustachioed British queens. All said and done, Bombay theatre crowds are more accommodating, they still tolerate me at 80-plus.