A tender portrait, beautifully illustrated and only slightly marred by a little loose editing... 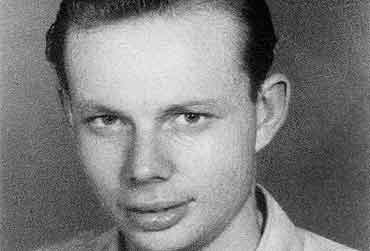 This is a tender portrait, beautifully illustrated and only slightly marred by a little loose editing, of a real VIP. Ruskin Bond is not a VIP because he has won the Nobel Prize for Literature, has Black Cat protection or kharabs of rupees. He is a VIP because of his books and because in this age of the glorification of greed he has managed to do perfectly well without it. Never having aspired to cars, houses or even furniture and regarding property as for the superstitious, he has instead relied on true assets—modesty, humour, friendship and compassion for ordinary people. He has, it must be admitted, been fortunate. He was gifted with a great talent and has been able to use it while living in the part of the world he loves best. But he has also had his share of misfortunes and loneliness, particularly in his younger days. His parents separated when he was a child and he lived with his father, whom he adored and who was the dominant influence in his life, encouraging him to write and keep a journal. But he died of hepatitis while 10-year-old Ruskin was away at boarding school in Simla. All Ruskin had to console him were a handful of his letters which the school principal found him reading, confiscated and never returned. It took decades for Ruskin to be reconciled to his father’s death.

Neither did success come easily. Ruskin experimented with living in Britain, but Britain was not for him. Once removed from India, he felt compelled to recreate it in his mind, resulting in The Room on the Roof, his first novel, the advance for which funded his voyage home. For 40 years, he has been content to live in Mussoorie, writing prolifically and earning erratically. This biography ends with some wonderful anecdotes, indeed it ends far too soon and one can only hope Ruskin, who already has a title for his autobiography, can be persuaded to put pen to paper and write it. Then this book would be the appetiser, and that the main course.