Rush For A 12-Digit Armour: Aadhaar Finds Favour With Kashmiris

The Centre’s 12-digit biometric identification is now a shield for many Kashmiris against the possibility of being branded an anti-national or militant. 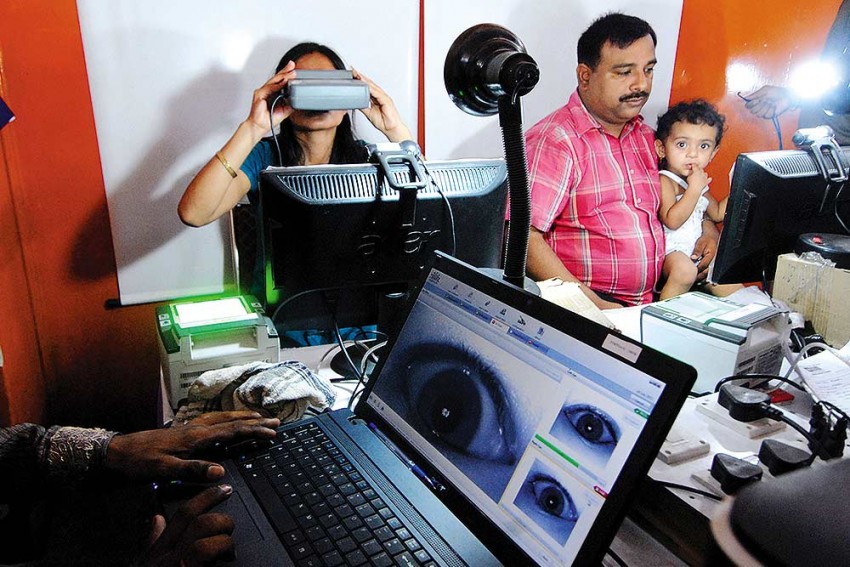 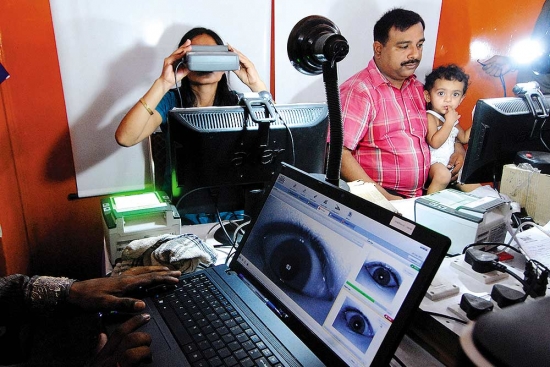 In one of the most memorable short stories in Kashmiri literature, Neiw Bemari (new disease), the protagonist returns home one day to find no security personnel at his door—to be frisked for hidden weapons or bombs. Out of habit, he ends up making a bodysearch on himself before stepping in. The story by Akhtar Mohidin, known as Kashmir’s Maupassant, was an ironical take on the effects of militancy and militarisation of the Valley. How militancy has shaped the Kashmiri mindset is also evident from the high percentage of Aadhaar enrolment despite rising anti-India sentiments in the Valley—the Centre’s 12-digit biometric identification is now a shield for many Kashmiris against the possibility of being branded an anti-national or militant.

Last December, Aadhaar enrolment in Jammu and Kashmir crossed the one-crore mark against a projected population of 1.36 crore by the end of this year. In the volatile districts of southern Kashmir, escalation of anti-India protests and upswing in militant recruitment, have not affected Aadhaar enrolment in any manner, official data shows. “I think Jammu and Kashmir has done very well in enroling people for Aadhaar. Now only 23 lakh people are left,” says Saugat Biswas, the information technology secretary. Out of these, 20 lakh are children aged between five and 18.

In Pulwama district, at least 80.79 per cent of the population has Aadhaar, while in Shopian, it is 77 per cent. In the highly sensitive Kulgam district, 84.29 per cent Aadhaar cards have been generated, the highest in the Valley. The state’s overall Aadhaar penetration is 74.3 per cent till August 15 as against the national figure of 89.4 per cent, the data shows.

The “obsession” of Kashmiris to have any official proof of identity is a legacy of the militancy years, beginning in the early 1990s, when bodysearch by security forces was commonplace. Psychologists say in places of conflict an identity card not only reaffirms the claim of a person as belonging to a particular area but also gives a sense of security, especially in a place where militants from across the international border are operating. Senior officials also concede that fear psychosis is one of the major reasons driving Valley residents to embrace the Aadhaar card.

Human rights activist Khurram Parvez says there are scores of instances when people were picked up by security forces for not having an identity card. “From 80-year-old to a child aged just 10, you will not find any Kashmiri without proper identification cards and official documents. In border areas, the army issues special passes to residents for entry into villages. You will seldom find a Kashmiri without an identity card,” says Khurram.

The deputy commissioner of a south Kashmir district says even when the Election Commission of India introduced the voter identity, a large number of Kashmiris acquired it because security forces during those days demanded a photo-card as genuine proof of identity. It’s a different matter that many of these people may have shunned subsequent elections as a “sham”.

Over the past couple of years, especially since the start of violent street protests after the killing of militant commander Burhan Wani in 2016, security measures have been intensified. The re-introduction of cordon-and-search operations (CASO) in 2017—after a gap of 17 years—prompted Kashmiris to go for the biometric identity card.

Private players assigned to enrol people admit to being surprised to see huge crowds outside Aadhaar centres in the Valley. “Everyone wanted to have a card,” says Jehangir Raina of Chinar International. Raina says that at first they faced resistance from people at three places—Tral, Bandipora and Rajopuri in Srinagar—when the process began in 2015.  “The very next day people from the same areas came to us and requested us to set up Aadhaar centres in their areas and then we witnessed long queues,” says Raina.

Privacy concerns over Aadhaar, a big issue for many elsewhere in the country, has never bothered Kashmiris, says Khurram. “In Kashmir everyone suspects that his or her phone is being tapped. And in such an atmosphere, fearing the Aadhaar for privacy reasons looks foolish to Kashmiris. That is why it has had a smooth run in the Valley.”

There is a downside to the story as well. In July, the army seized an Aadhaar card from an arrested militant of the Pakistan-based Jaish-e-Mohammed (JeM) group. Police said the card belonged to someone else. And then there are militants who may be carrying the card, acquired long before picking up the gun. But how will security forces differentiate between an Aadhaar-carrying militant and a civilian?  That is another issue.

Tipu Of A Thousand Rockets