Home  »  Magazine  »  Sports  » Beyond Scrutiny »  Rulebooks Are For The Field

Rulebooks Are For The Field

Mortally afraid of transparency and backed by political power, the BCCI stonewalls the call for it to be brought under the RTI Act 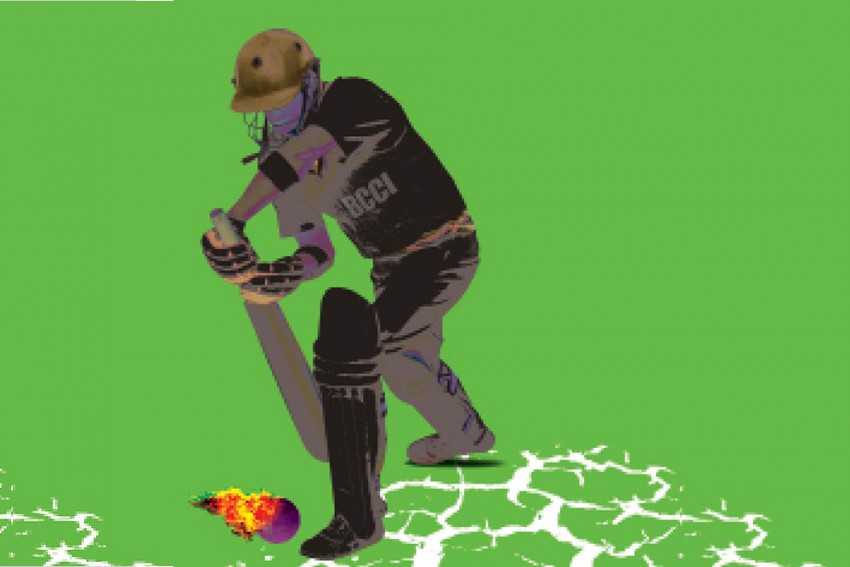 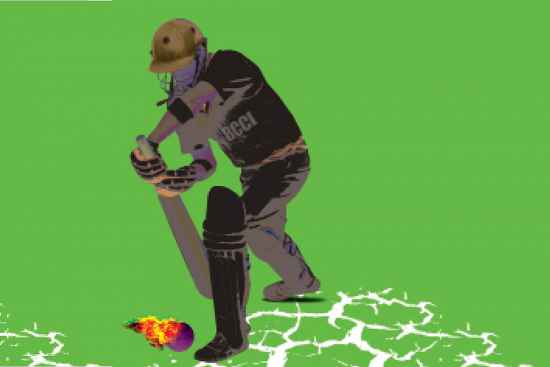 The issue of bringing the world’s wealthiest cricket organisation under India’s Right To Information (RTI) Act is a raging deb­ate yet again. The Law Commission of India, on a direction from the Supreme Court, has given its verdict in a report: The Board of Control for Cricket in India (BCCI) should be answerable under the RTI Act as it performs certain ‘state-like’ public functions and “ought to be classified as ‘state’” within the meaning of Article 12 of the Constitution.

The Commission, in its 122-page rep­ort submitted to the Law Ministry, has recommended that all the affiliated state associations of the BCCI should also be brought under the RTI “provided they fulfil the criteria applicable to the BCCI”. So far, the BCCI, irrespective of who its top leadership has been, has fought tooth and nail all attempts to bring it under the RTI. Interestingly, the BCCI—currently vertically divided bet­ween the Supreme Court-appointed Committee of Administrators (CoA) and its stop-gap office-bearers—hasn’t reacted officially.

But the BCCI’s audacious defiance can easily be ascertained from its trashing of the Law Commission’s invitation for discussion on the RTI issue, before it prepared its report. “The Commission held consultations with various experts and stakeholders, including the Central Information Commission (CIC), on the subject. However, BCCI, despite the service of notice and reminders thereon, did not respond/participate,” rues B.S. Chauhan, a former Supreme Court judge and chairman of the Law Com­mission, in the report. Question is, can the BCCI defy the Commission without the backing of powerful people? 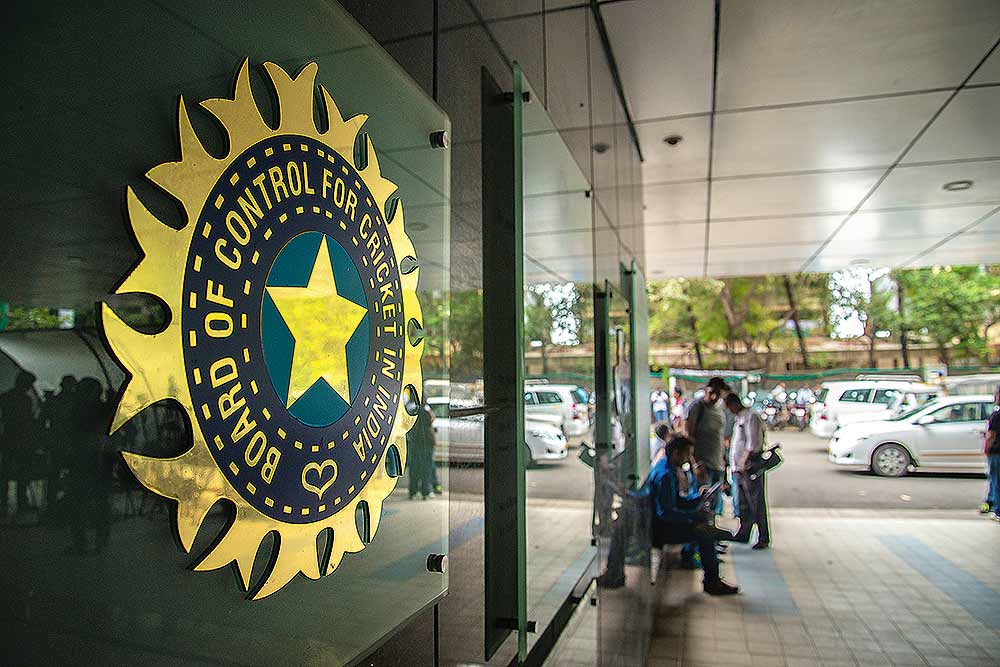 Photograph by Getty Images
BCCI has shown marked audacity. It did not respond to the Law Commission’s call for talks despite being served notice, then reminders.

“The CoA and the BCCI’s professional management are all for the RTI to be imp­lemented, but the office-bearers and the state associations—basically, old stalwarts controlling the state units—are against it. All information should be in the public domain, because the BCCI is performing public functions. Let the whole world know what is going on INS­ide the BCCI and make it 100 per cent transparent,” says a BCCI official in fav­our of RTI. It’s easier said than done, though. Former sports minister Ajay Maken, who has made many unsuccessful efforts to make the BCCI fall in line, concurs. “There’s a very strong vested interest within it which doesn’t want it to be transparent, as it has much to hide, particularly financial transactions. It would resist to any extent before it would consent to subject itself to the RTI Act. The BCCI seems to be too strong, even stronger than the Supreme Court, stronger than the government and stronger than the Law Commission,” Maken tells Outlook.

For now, everyone is waiting for the government to react to the Law Com­mission report. Although it is the first time that the Commission has been asked to give such a recommendation, there is a general belief that the RTI Act would not be imposed on the BCCI, since politicians who are part of it are just too powerful. During his tenure as Union sports minister between January 2011 and October 2012, Maken made efforts to make the BCCI accountable. It is widely believed that he had lost his portfolio due to his insistence on this single issue. “I tried my level best, and despite being in the Union cabinet I was unsuccessful. I will be surprised if it happens now, but I hope it happens in the larger interest of sport. It’s not only financial transactions, but also match-fixing and complaints about the IPL—they all are interlinked,” he now says.

In an obvious irony—for politicians of parties across India are sharers in the control of cricket—several of Maken’s powerful Congress party colleagues, like Jyotiraditya Scindia and Rajeev Shukla, were in the BCCI then. In partnership with opposition politicians who had the same cricketing axe to grind, they ensured that the Board was unscathed. Succ­essive BCCI dispensations have argued that as a ‘private body’, it doesn’t take financial ass­istance from the government. What they don’t reveal is that there are several indirect assistance that the BCCI and its affiliated associations take from the Centre as well as state governments. For example, most stadiums built by state associations are on land leased at throwaway prices; the government grants concessions in inc­ome tax and customs duty; free-of-cost police security is provided during all matches; government clearances enable the BCCI-selected national teams to travel abroad etc.

The fresh move to bring the BCCI under the ambit of the RTI Act has been made only because the Supreme Court, acting on the Lodha Committee report on reforms in the BCCI, asked the Law Commission provide its view on the issue. The final call, of course, rests with the Central government, which has several politicians with deep-rooted int­erests in the BCCI and its affiliates. Politicians cutting across party lines move shoulder to shoulder in BCCI corridors—a bonhomie rarely seen INS­ide Parliament. 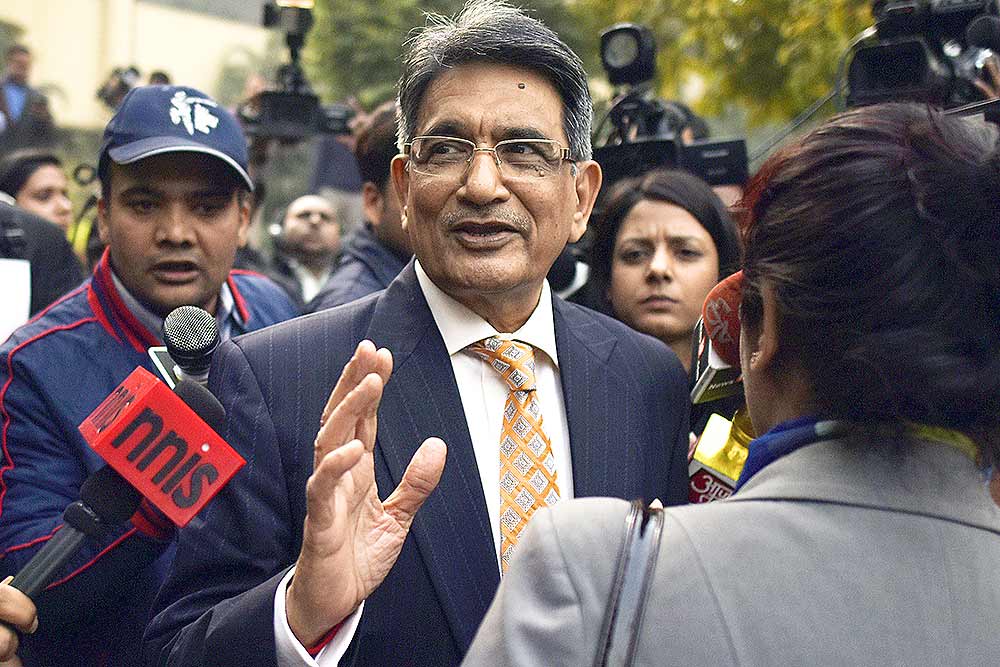 That is why senior advocate Rahul Mehra—whose joint PIL with his schoolmate Shantanu Sharma in 2000 led to the Delhi High Court declaring that the BCCI would come under judicial scrutiny under Article 226 (Power of High Courts to issue certain writs)—is sceptical. “The government will accept it only if it sees something benefiting itself, not the Indian sport. Will they accept this recommendation of the Commission that the BCCI must be imm­ediately brought under the RTI? If they do then it should be done in a time-bound manner,” says Mehra.

Agrawal was the first person to try and bring the BCCI under the RTI Act, in 2011. As per Section 2(h) of the RTI Act, 2005, all NGOs/private bodies fall under the ambit of the transparency law if it is substantially financed, dir­ectly or ind­irectly, by the government. The Law Commission report argues that the BCCI is “substantially financed” by the government. Asked for its view on Agrawal’s application in 2011, the sports ministry then told the CIC that there were “just and reasonable grounds” for the BCCI to be declared a ‘public authority’ as it takes “indirect funding” and other government assistance. To avoid becoming accountable under RTI, the BCCI successfully moved the Madras High Court in July 2013 and got an interim stay against Agrawal’s application. The stay continues to this day, as Agra­wal says his old age and health have made him almost give up on the case.

Before the stay came, Maken’s ministry had seriously weighed the option of invoking the Emblems and Names (Prevention of Improper Use) Act, 1950, against the BCCI. Its argument: Since the word ‘India’ is part of Emblems Act, the BCCI is considered to be under the ‘pat­ronage of the government’. But Maken was abruptly removed as sports minister and the emblem issue was not raised after that. Maken points out that his ministry had brought a National Sports Code for all National Sports Federations (NSFs); accordingly, all NSFs were supposed to be answerable under the RTI. “Only the BCCI refused to do so. Following that we submitted a detailed argument for the BCCI coming under the RTI Act in an affidavit submitted to the CIC. We had also for­med a committee under Just­ice (Rtd) Mukul Mudgal to formulate a National Spo­­­­­­­rts Deve­lopment Bill and that panel was of the opinion that the BCCI should come under the RTI. Later, the SC said the same,” says Maken.

The RTI issue will be decided by the Centre, where several politicians have strong interests in the BCCI or its affiliates.

Giving its reasons for bringing the BCCI under the RTI, the Law Com­m­ission report says that nat­­­­­­ional team players’ UNI­­­­­form contains the nat­­­­­ional colours and hel­m­ets display the Ashok Chakra; BCCI nominates cricketers for the Arjuna Awa­rds, even though it is not an NSF and Par­l­iament and the state legislatures have tacitly recognised BCCI as an NSF. Rec­ently, the Supreme Court had observed that the BCCI virtually holds monopoly rights to organise and manage cricket in India.

Vidarbha Cricket Association (VCA) is the lone BCCI affiliate so far to accept the full Lodha Committee reforms excluding the RTI, as that was not a requirement for states. As part of transparency requirements, the VCA publishes minutes of its executive committee meetings in its ann­ual report for its nearly 1,200 members. Yet, VCA president Anand Jaiswal bats for the BCCI. “No doubt, the BCCI has to be accountable. But I don’t think BCCI sho­uld be brought under RTI. Doing that will be like giving a stick to everyone to beat BCCI with it,” he says. Rahul Mehra has a different apprehension. “The Law Com­mission report says that BCCI be viewed as ‘an agency or instrumentality of state’ under Article 12 of the Con­st­itution. That would effectively mean that the central government of the day would be managing cricket. That can’t happen. However, the BCCI should be accountable to every Indian, and thus can be challenged under Article 226 in the High Court and not under Article 32 in the Supreme Court,” he argues. These arguments will be thrashed out threadbare when the issue comes for hearing the next time. It will be interesting to watch how the BCCI smothers the RTI googly this time.