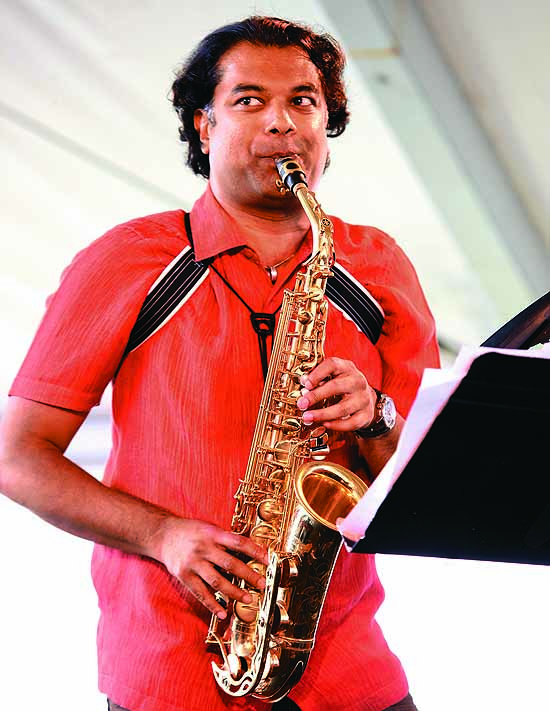 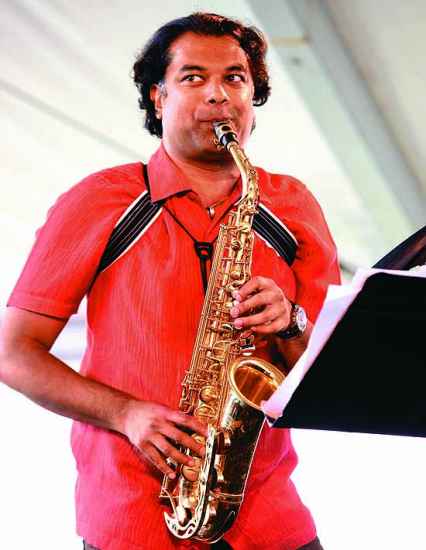 In 2004, Rudresh Mahanthappa alchemised his exasperation into art. His album Mother Tongue that year was a witty, biting rely to the query often posed to subcontinental immigrants to the US, “Do you speak Indian?” or “Do you speak Hindu?”

The saxophonist, who grew up in Boulder, Colorado, recorded Indian-American speakers of languages such as Kannada, Konkani and Gujarati explaining, “No, I do not speak Indian. There is no such language. I speak Gujarati. Having lived in America for almost 20 years, I also speak English.” Mahanthappa used the intonations of these sentences to create an album that went to No. 8 on the US jazz charts.

Since then, the 42-year-old musician has attempted to give jazz an Indian-American voice through a variety of formations: the Indo-Pak Coalition; Raw Materials, a duo with his soul brother, the pianist Vijay Iyer; the quintet Dual Identity; and most recently Gamak. His imaginative sonic adventures have earned him a warehouse of fellowships and awards: he was Downbeat magazine’s alto saxophonist of the year in 2011 and 2012 and bagged the same honour from the Jazz Journalists’ Association for four years from 2009.

“Jazz is a multicultural music at its heart from its roots and through its history of embracing other cultures and ideologies,” he said in an e-mail interview with Naresh Fernandes. “My contribution is an apropos part of its journey.” Excerpts:

How do you describe the intention of the music you make?

I see my music as an expression of self. While it is a hybrid of classical Indian music and jazz, for me it is more an expression of my experience as a child of Indian immigrants brought up in America. My generation is arguably the first major generation of Indian-Americans, the first to truly have an impact on the American cultural landscape, thus redefining what it means to be American. I believe that all offspring of immigrants naturally go through a sort of identity crisis at some point, usually in early adulthood. Questions of nationality, ethnicity and heritage all arise as one tries to figure out to what degrees one relates to their ancestry vis-a-vis the culture within one has grown up.

I work with melodic, rythmic forms from Indian music. I don’t think Jazz was intended as high art. I want to reach everybody.

Musically, I was educated through the school band programmes and also had a wonderful private saxophone teacher. I had listened to some bhajans, but hardly any Indian classical music. However, people often assumed I was expert on the latter beca­use of my name and the colour of my skin, even though I was listening to the same western music as everyone around me. For that reason, I was intimidated by Indian music and avoided it for a while.

It wasn’t until I went to India in 1993 that I heard Indian music with my personal quandaries somewhat diminished and felt liberated to investigate this part of my ancestry on my own terms. On that trip, I attended some concerts that changed my life. While my music is still at its core a communication of who I am and how I relate to the world around me, it seems to have become part of a movement that is perhaps redefining the possibilities of what jazz can be.

What is the nature of the project you have set for yourself?

My goal is to make music that is simultaneously smart and passionate, soulful and intellectual, and relevant to contemporary culture, while bearing a message or an energy to which anyone can relate regardless of background, race, culture, education, etc. Sometimes all of that can be summed up in one thought for me: “That’s what Bird did.”

This music is for all people. I don’t believe that jazz was ever intended to be a museum music only presented as high art to a wealthy intelligentsia. I want to reach everybody. My vision? It’s constantly evolving.

How does the idea of India and Indianness impact what you do?

I work with both melodic and rhythmic forms and concepts from Indian music. As a saxophonist, I was obviously first drawn to the melodic aspects and structures (back in 1993). I wanted to be able to emulate the beauty and complexity put forth by the singers and double reed players of Indian music. Later on, I started dissecting the rhythmic structures and beat cycles.

Regardless of ensemble and instrumentation, all my recorded output somehow relates to the building blocks of Indian music, sometimes literally and other times more conceptually. For example with Samdhi (2011), all the melodies and rhythmic cycles and cadences are directly from Carnatic music. This music was the direct result of my Guggenheim Fellowship (in 2008) where my goal was to study some very specific and detailed aspects of Carnatic raga and tala and integrate them into a primarily Western electric setting.

I abhor the word fusion in the context of Indo-Western endeavours and have ardently strove to avoid any notion of it!

How does your location in the US open spaces for collaborations such as the Indo-Pak Coalition?

In the US and especially in a bustling metropolis like the nyc area, many of us in the South Asian-American community see ourselves as one people. We’re not drawing boundaries between Indian-Americans (neither North nor South), Pakistani-Amer­icans, Bangladeshi-Americans, Muslims, Hindus, etc. We are united in forwarding our impact as one upon the multicultural landscape that is America. This is incredibly empowering.