Advani may have found Jinnah 'secular', for the Congress he remains the communal partitionist 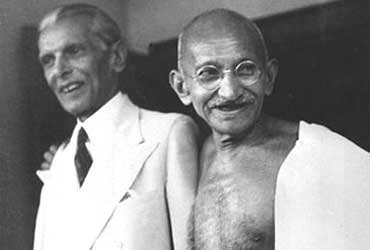 outlookindia.com
-0001-11-30T00:00:00+0553
"Sarojini Naidu had called him (M.A. Jinnah) the 'ambassador of Hindu-Muslim unity'.... But the new developments in the Congress—non-cooperation and the new constitution which made it...a popular and mass organisation—were thoroughly disapproved by him.... He felt completely out of his element in the khadi-clad crowd demanding speeches in Hindustani.... There was as much difference between him and the Indian masses as between Saville Row...and the Indian village.... Later, unhappily, the old ambassador of unity associated himself with the most reactionary elements in Muslim communalism."
—from Jawaharlal Nehru's An Autobiography.

In his early years in the Congress, Mohammed Ali Jinnah counted party stalwarts Dadabhai Naoroji, Pherozeshah Mehta and Gopal Krishna Gokhale as his mentors, and Sarojini Naidu as an admirer. But by 1930, when he left for England for a four-year break, the rift with the Congress was complete, inviting assessments such as the one from Nehru.

Today, as the spotlight turns on the troubled legacy of the Father of Pakistan on this side of the border, thanks to L.K. Advani's sudden discovery of Jinnah the secularist, the official Congress view is unchanged. Indeed, for the Congress, Jinnah's two-nation theory and his view that no representation scheme would be adequate to safeguard Muslim interests in an undivided India, make him communal.

Says party spokesperson Jayanthi Natarajan, "How can we subscribe to someone who believed in the two-nation theory something that Nehru said destroyed the ideals of the freedom struggle? The Congress can't endorse anyone who pushed for partition on religious lines; such a person can't be set up as an example of secularism."

To accusations that such a view brings the Congress and RSS on the same platform comes a forceful response from Janardan Dwivedi, party general secretary and Sonia Gandhi's speechwriter: "The RSS and Jinnah-Muslim League are two sides of a coin. It's their combined worldview that led to Partition. It was this view that led to Gandhiji's killing. This essential difference between the RSS and Congress is not new—it was to oppose Gandhiji's sarvadharma sambhav that the RSS was born in the 1920s."

But the debate on Jinnah is far from over. One the one hand, Left historian Irfan Habib was quoted as saying that Advani was on "strong enough ground" as the August 11 Pakistan constituent assembly speech, referred to by him, was often used by "democratic elements in Pakistan to oppose theocratic elements". On the other, Union hrd minister Arjun Singh—the official 'custodian' of history writing in India—who responded to Advani's remarks by saying, "so Jinnah is secular and Nehru pseudo-secular", is busy boning up on the Qaid-e-Azam. The Indian Council of Historical Research library has reportedly issued historian Ajit Jawed's 1998 work, Secular and Nationalist Jinnah, for him, even as it looks for biographies, annotated letters and the seven volumes of the Complete Works of Jinnah.

Meanwhile, even as a national daily showed through a survey that Advani's views on Jinnah had few takers in India, the Congress isn't so sanguine. There is concern that Advani's Pakistan script—which has won him approbation on the other side of the border—was tailormade "to suit a western power" (read the US) more comfortable with the BJP in power.

Enigma Of The Architect